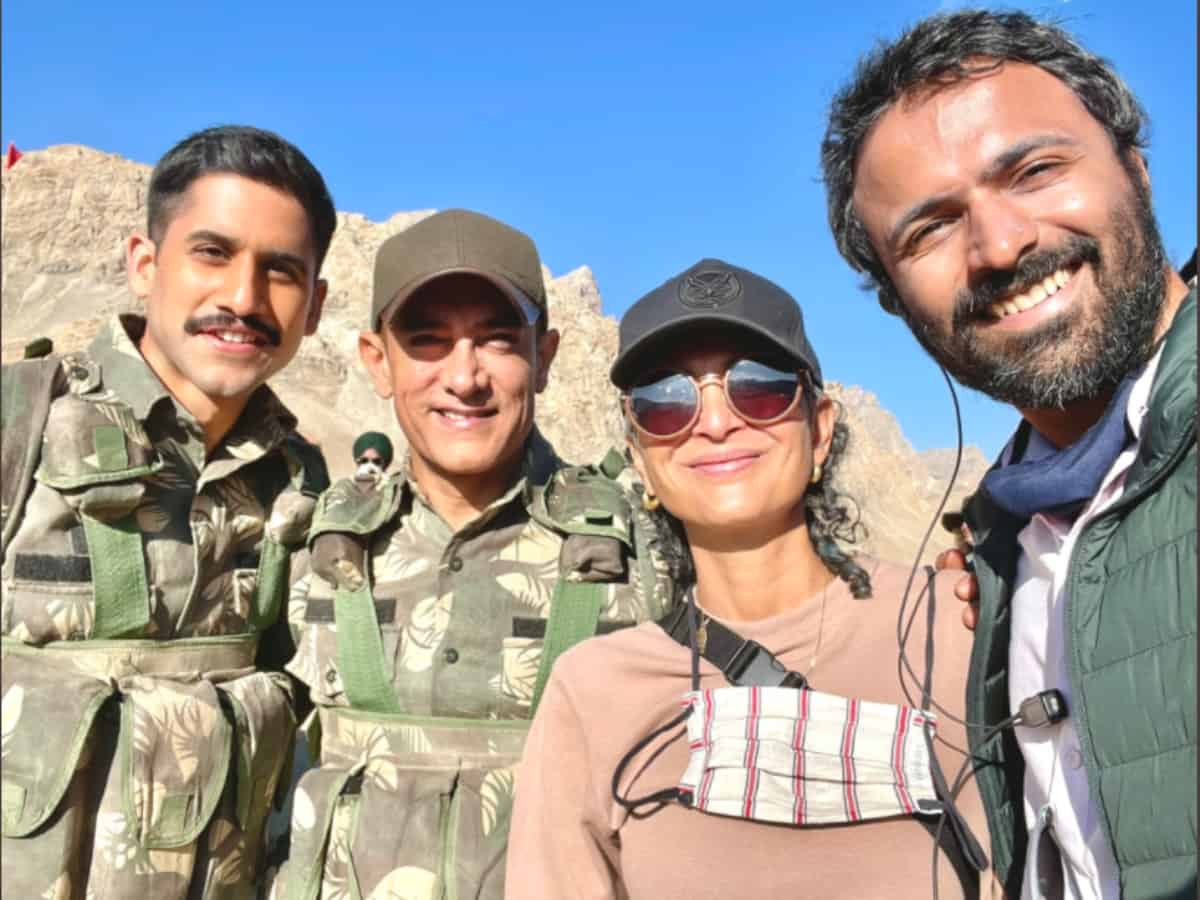 Hyderabad: Telugu actor Naga Chaitanya features in Aamir Khan’s upcoming film “Laal Singh Chaddha”, and he took to Instagram on Friday to share his first look in the film.

Chaitanya posted a picture of himself with Aamir on the social media site. Both the actors are dressed as army men. The picture also has the film’s co-producer Kiran Rao and director Advait Chandan.

From the picture, it appears that the film, a Hindi remake of the Hollywood hit “Forrest Gump”, is being shot in Ladakh.