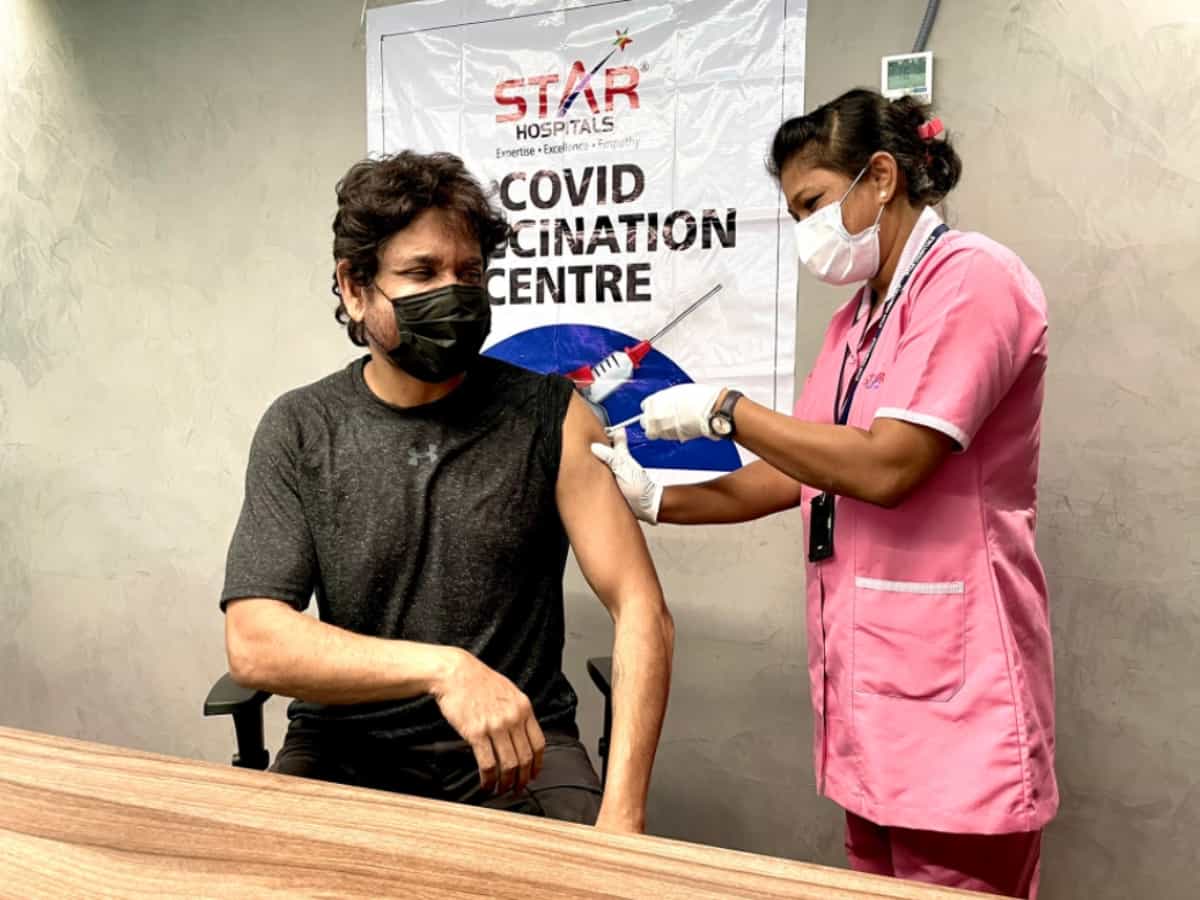 Hyderabad: South superstar Nagarjuna Akkineni on Wednesday announced that he has received the first dose of the coronavirus vaccine and urged those who are eligible to also get vaccinated.

The 61-year-old actor took to Twitter and said he received the first jab of the vaccine at a hospital here on Tuesday.

Nagarjuna also shared a link with his fans to register for the vaccine with the hashtag #Unite2FightCorona.

“Got my #Covaxin jab yesterday, absolutely no down time. I urge whoever is eligible to take the vaccine,” the actor wrote, alongside a picture of his from the hospital.

On March 1, the government launched the nationwide vaccination drive for everyone above 60 years of age and those aged between 45-59 with co-morbidities.

Meanwhile, on the professional front,

On the film’s front, Nagarjuna looks forward to the release of his upcoming Telugu film “Wild Dog”. Based on true events, Nagarjuna is cast as a National Investigation Agency officer. Directed by Ahishor Solomon, the action adventure film also features Sayami Kher and Dia Mirza.

Apart from this, he also has Ayan Mukerji’s much anticipated project Brahmastra on his list. Reportedly,  he plays the role of an archaeologist named Vishnu i