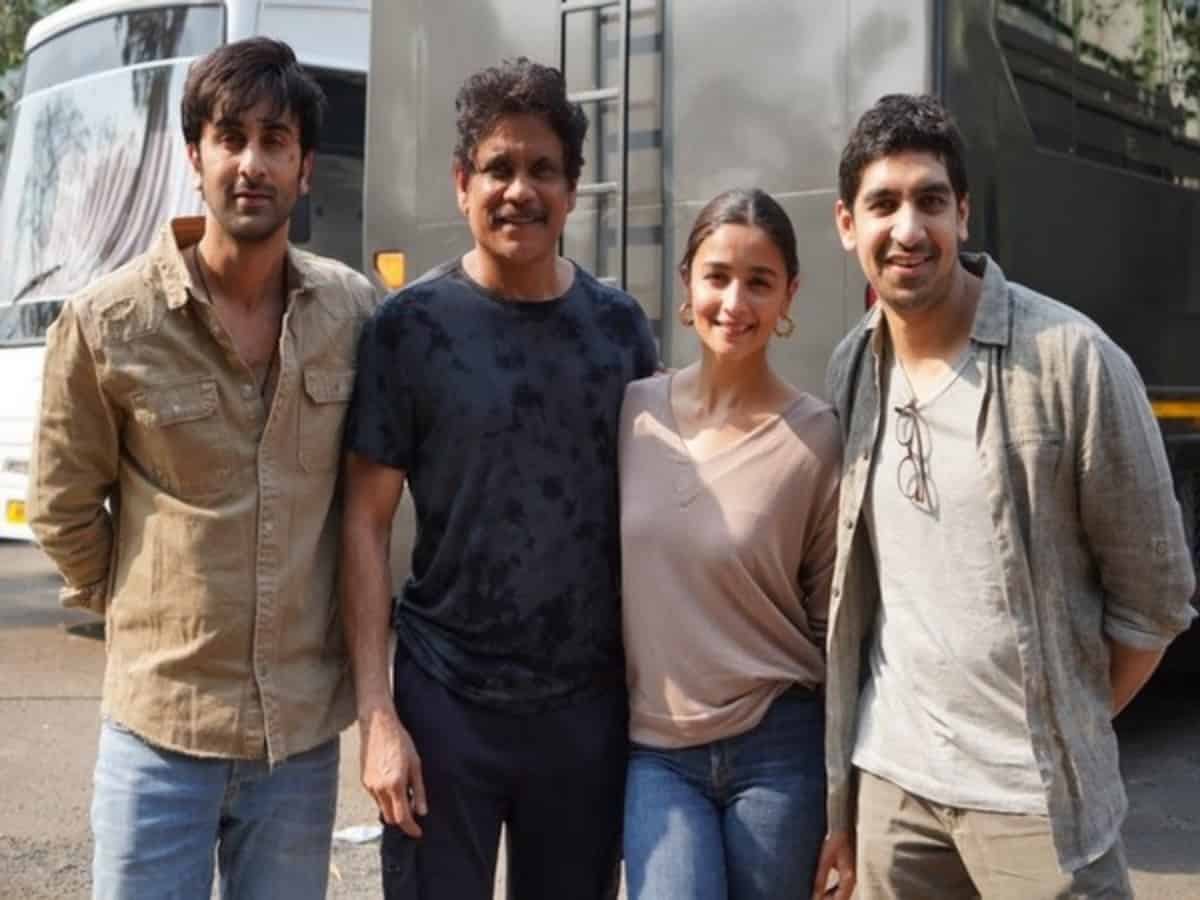 The latest schedule of the film was being shot in Mumbai. Nagarjuna took to Twitter and shared pictures from the film sets, with Ranbir, Alia, and Ayan. Alongside the photos, he wrote, “And it’s a wrap for me on #Brahmastra. Such an amazing experience it has been with our stellar performers #Ranbir and @Aliaa08.”
“Can’t wait for you guys to witness the outstanding world #AyanMukerji has created #TheBigIndianMovie,” the 61-year-old actor added.

‘Brahmastra’ also stars actors Dimple Kapadia and Mouni Roy in pivotal roles. Reportedly, the film will also feature a special appearance by superstar Shah Rukh Khan.
The film is being extensively shot in Bulgaria, New York, and Mumbai, among other places. The upcoming film has been in the making for a couple of years now and is expected to hit the theatres this year.

The movie, which will mark the first onscreen collaboration of rumoured lovebirds Ranbir and Alia, was announced as a trilogy.

From summer 2020, it got pushed to December 2020, due to post-production work and the shutting down of cinema halls due to the ongoing coronavirus pandemic.

Meanwhile, Nagarjuna will be next seen in the Telugu film ‘Wild Dog’, which has been directed by Abishor Solomon.