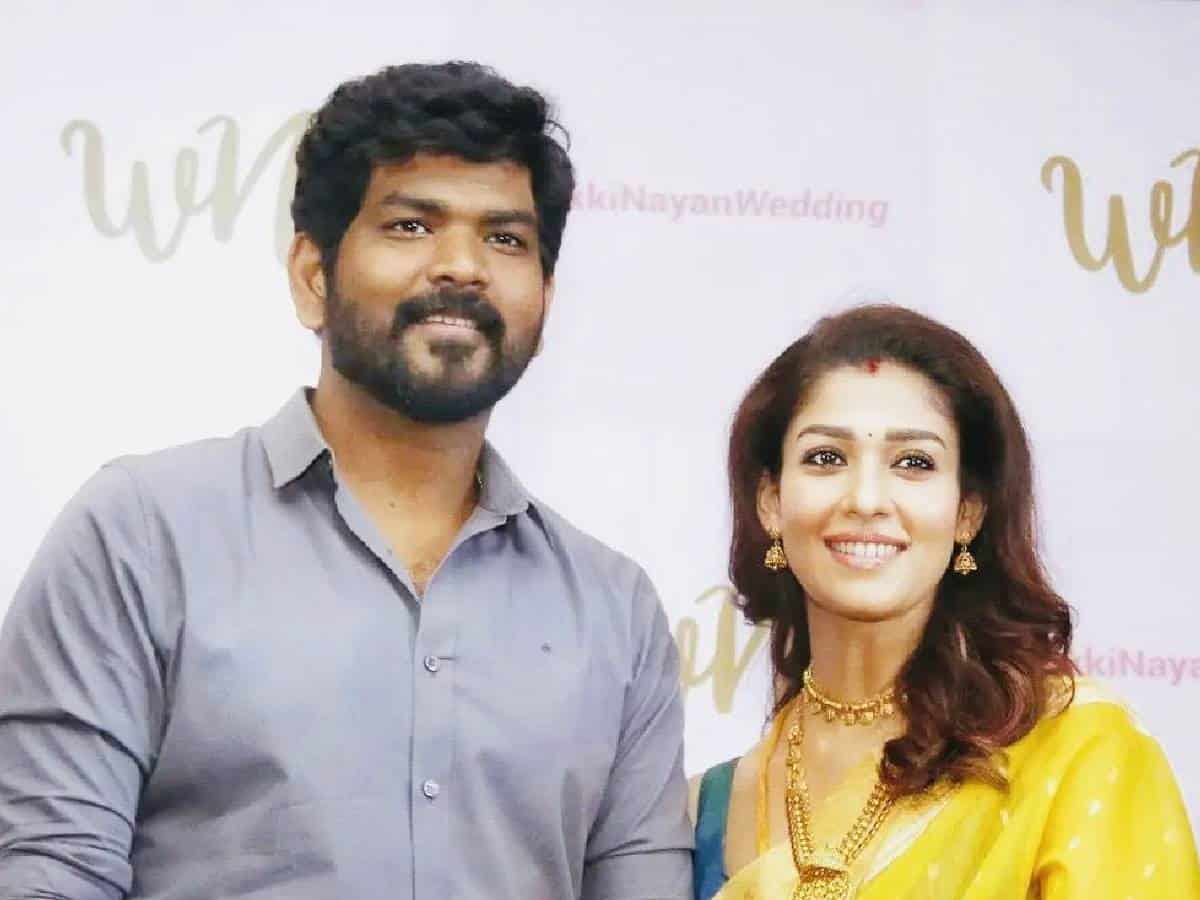 Tirumala: Newly married actor Nayanthara and her husband Vignesh Shivan got caught up in controversy during their visit to Tirupathi temple in Tirupathi.

The newlyweds were apparently delivered a legal notice for wearing shoes inside the temple premises and performing photoshoots. In the photos that have now gone viral on the internet, Nayanthara was seen walking on the premises of the shrine wearing her footwear.

Shivan issued an apology letter to the Tirumala Tirupathi Devasthanam board. He wrote, “Dear all, we have always wanted our marriage to happen in Tirupati but due to logistical reasons that were not possible and we had to do our wedding in Chennai. To wholesomely complete our wedding, we made sure we headed to Tirupati directly from our wedding venue (without going home) to watch the Sami Kalyanam and to receive the blessings of Lord Balaji who we have utmost devotion towards. We had a wonderful darshan and wanted to click a picture outside the temple to have this day in our memory and to feel like the wedding got completed here, as per our wish but due to the crowd and chaos we had to exit the premises and re-enter at a time when there was a lesser commotion. In the hurry for a quick picture, we did not realize we had our footwear on when we got back later for the quick picture outside the temple. We are a couple who go to temples regularly and have immense faith in God. We have been to Thirumala almost 5 times in the past 30 days trying to do our wedding there!”

He continued and said, “We sincerely apologize to those who we could have offended and we mean no disrespect to the lord who we love. We are grateful for the love and wishes we have received from everyone for our special day and we hope you continue to shower us with only the positivity we need from you.”

According to the Chief Vigilance Security Officer of Tirumala Tirupati Desvasthanam Board Narasimha Kishore, wearing sandals inside the temple’s premises is strictly prohibited.

Informing that they will soon serve a legal notice to the actor, he added, “We are serving notices to Nayanathara. We have also spoken to her and she wanted to release a video to the press apologizing to Lord Balaji, TTD, and pilgrims. However, we are going to serve notices to her.”

The 37-year-old actress Nayanthara tied the knot with Vignesh in an intimate ceremony at a private resort in Mahabalipuram. The ceremony was attended by close friends and family. Only a few celebrities were invited. Rajnikanth, Shah Rukh Khan, and Director Atlee were some of the few celebrities spotted at the wedding.

Earlier, Vignesh Shivan, during a press conference to announce his wedding, had said that they had originally planned to get married at Tirupati but then had to drop the idea due to logistic issues.