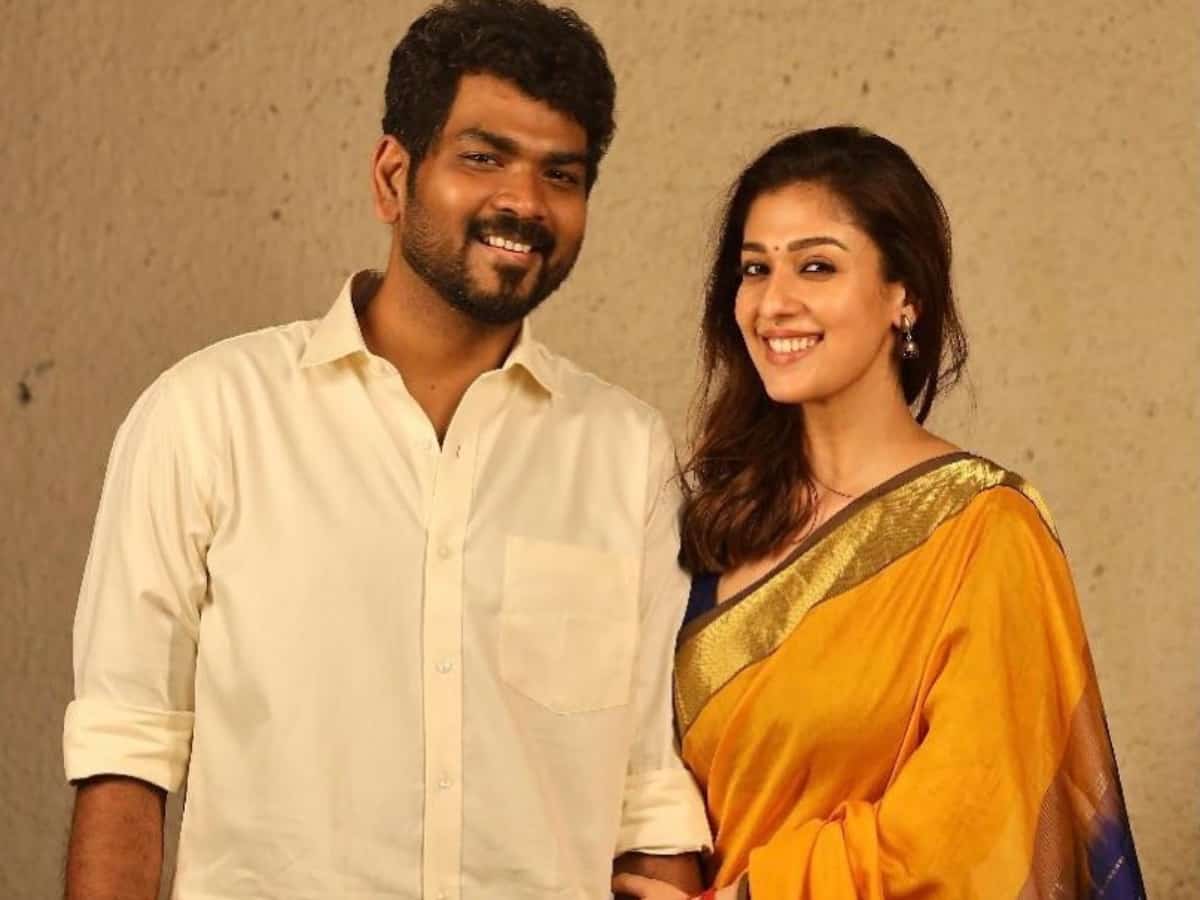 Chennai: Actress Nayanthara and her relationship with Vignesh Sivan has been in news for quite some time, especially after a photo of theirs with a ring on the finger spiked rumours of an engagement. Now, in a viral video, the actress is seen admitting that she is wearing an engagement ring.

On Tuesday, Nayanthara took a top spot on the list of trends after the promo of a show, which has a glimpse of the actress talking about her engagement ring, went crazy viral.

Nayanthara, who made an appearance on the television show on Vijay TV to promote her new film Netrikann, can be seen speaking to show host Dhivyadharshi in the promo video.

Asked about her ring, Nayanthara says in Tamil: “This is an engagement ring.” Dhivyadharshi goes on to ask Nayanthara what she likes about Vignesh Shivan when the actress says, “Everything”. (We are definitely going Aww! on this one).

Their engagement rumours were going strong after Vignesh posted a picture of Nayanthara wearing a ring and captioned it ‘Viralodu uyir kooda korthu….’  roughly translated to “Finger is entwined with life.”

Nayanthara has been dating Vignesh Shivan since 2018 – the couple fell in love while working together for the 2015 film Naanum Rowdydhaan.

Though Nayanthara prefers keeping her relationship from the limelight, Vignesh often treats fans to cosy pictures of them.

The couple also celebrated Onam with Nayanthara’s family in Kerala. Before the pandemic, Nayanthara openly admitted to being in a relationship with Vignesh Shivan and called him ‘the love of her life’ during an award ceremony.

In terms of work, Nayanthara was last seen in Malayalam movie Nizhal. Apart from Netrikann, Nayanthara has films such as Annaatthe, Kaathu Vaakula Rendu Kaadhal and Aaradugula Bullet in her line up.