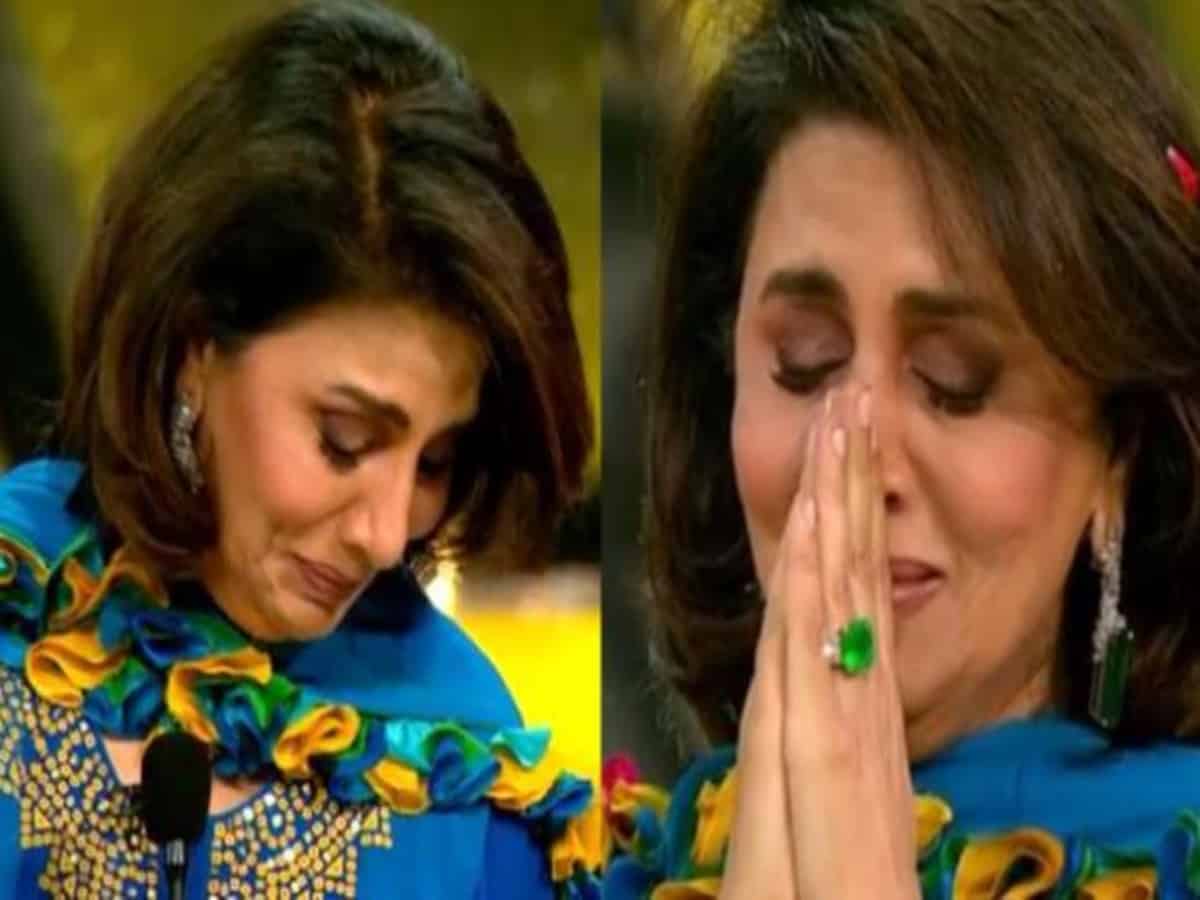 In the promo that has been shared on the official Instagram handle, the participants can be seen performing on the couple’s chartbuster songs that impress the actress and leaves her teary-eyed. Contestants also paid tribute to Neetu Kapoor and Rishi Kapoor’s on-screen journey.

In the clip that is going viral on social media, Neetu can be heard saying, as she broke down, “Itna accha tribute (Such a good tribute). I don’t think anyone has ever given me ya kabhi desakta hai (or can give me). It was so touching.”

The actress can also be seen dancing to the song Chuk Chuk Chak Chak from the film Rafoo Chakkar, starring Neetu and Rishi in the lead. The judges Shilpa Shetty and Geeta Kapur also joined in.

Neetu Kapoor also shared a set og photos on her Instagram. She opted for a blue salwar suit with matching jewellery and complimented it with a pair of golden footwear. Sharing her look on the photo-sharing app, she wrote ‘blue’tiful’.

On the professional front, Neetu Kapoor will return on big screen with Jug Jugg Jeeyo which also stars Anil Kapoor, Varun Dhawan and Kiara Advani in the lead.