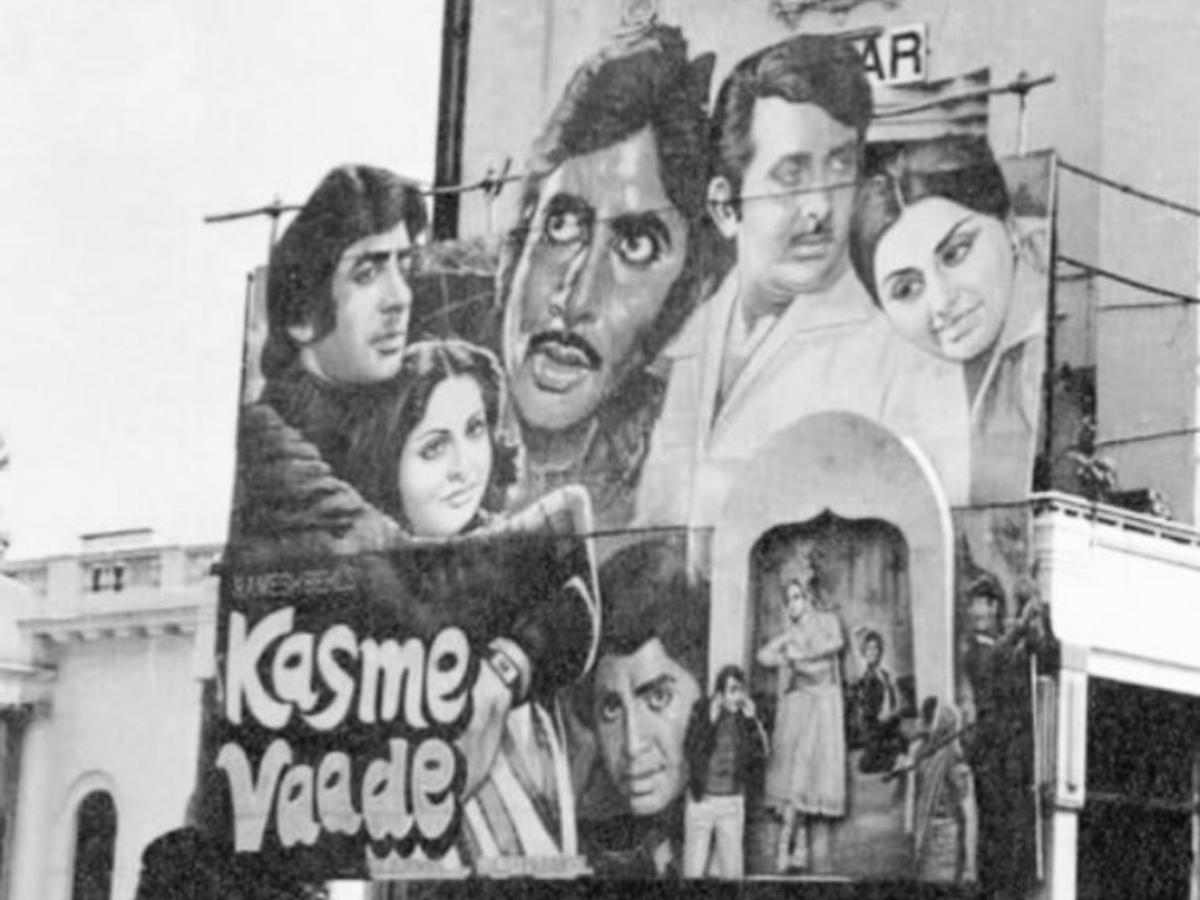 New Delhi: Veteran Bollywood actress Neetu Kapoor on Saturday took a stroll down memory lane, as she shared a monochrome poster of her film ‘Kasme Vaade’.

Taking to Instagram, the veteran actor shared the throwback picture and captioned it, “1978 Chandni Chawk #kasmevaade”.

The vintage picture, shared by the ‘Deewar’ actor revealed a poster of her 1978 film ‘Kasme Vaade’ outside a cinema hall in Chandni Chowk, Delhi.

Neetu Kapoor had a very short role in the hit action thriller, as she portrayed the role of Randhir Kapoor’s fiancee in the film.

Directed by Ramesh Behl, the film was again remade in Tamil, Telugu, and Sinhalese languages.

The ‘Amar Akbar Anthony’ star recently welcomed a new member in the Kapoor family, her daughter-in-law Alia Bhatt, and she is going to be a grandmother soon, as Ranbir-Alia recently announced on social media that they are expecting their first baby,

Meanwhile, on the work front, Neetu Kapoor was recently seen in Dharma Production’s ‘JugJugg Jeeyo’ which marked her comeback on the big screen. The film also starred Anil Kapoor, Varun Dhawan, and Kiara Advani in prominent roles and was declared a hit at the box office.

Apart from that, Neetu Kapoor was also a part of the dance reality show ‘Dance Deewane Junior’.