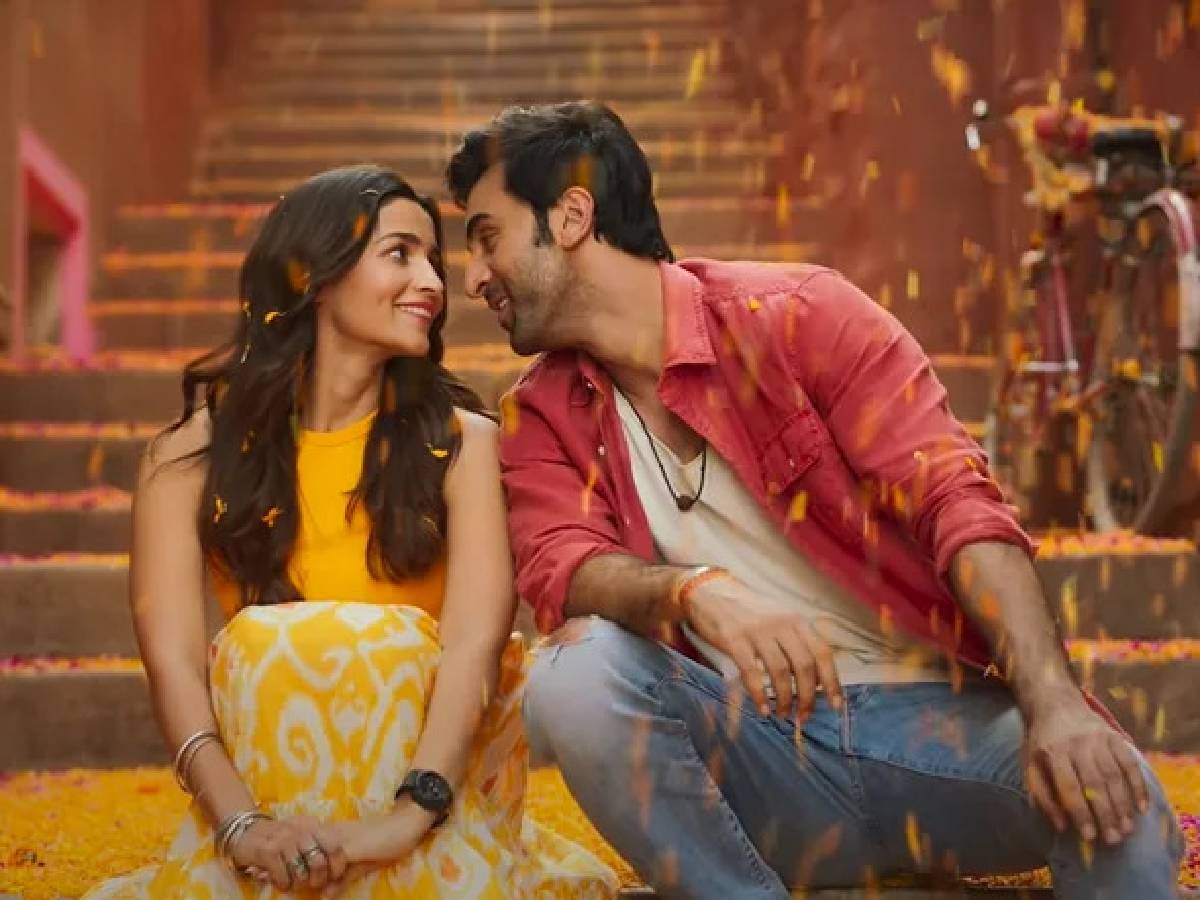 Hyderabad: Ayan Mukerji dropped his upcoming film Brahmastra’s first and the most-awaited song ‘Kesariya’ yesterday on YouTube and the internet cannot keep calm. Crooned by Arijit Singh and written by Amitabh Bhattacharya, the song has created quite a furor among netizens, with many criticizing the use of ‘love storiyaan’ in one sentence of the song.

For the unversed, there is a certain part in ‘Kesariya’ which goes like this – “Kaajal ki Siyaahi se likhi hain tu ne jaane kitnon ki Love Storiyan”. The unexpected English twist in the Hindi song has left many irked and Twitter quickly turned into a troll fest.

Amid all, a fan from Hyderabad pointed out the resemblance of ‘Love Storiyaan’ with the Hyderabadi slang which tends to pluralize every word with an ‘aan’. Anyone who identifies themselves as a Hyderabadi or has visited Hyderabad is sure to have heard words like, ‘Logaan’, ‘Baataan’, ‘Shaadiyaan’, ‘Bookan’, and ‘Chaiyaan’ among many more.

The Hyderabadi slang is popular all over the country, with many trying to imitate it as well. City residents are also obsessed with the slang and it is used in everyday conversations.

The Twitterati commented, “People be reacting on the word love storiyan, bro visit hyderabad once”

She continued in another tweet, “Amitabh Bhattacharya visited hyderabad before writing lyrics of kesariya. The lovestoriya just gives hyderabadi vibes”

Meanwhile, ‘Brahmastra- the Trilogy’, is a 3-part film franchise and will have a Pan-India release, across five different languages – Hindi, Tamil, Telugu, Malayalam, and Kannada. It stars Alia Bhatt, Ranbir Kapoor, Amitabh Bachchan, Mouni Roy, and Nagarjuna Akkineni, among others in pivotal roles.

What do you think of the Hyderabadi slang used in the ‘Kesariya’ song? Comment down below.