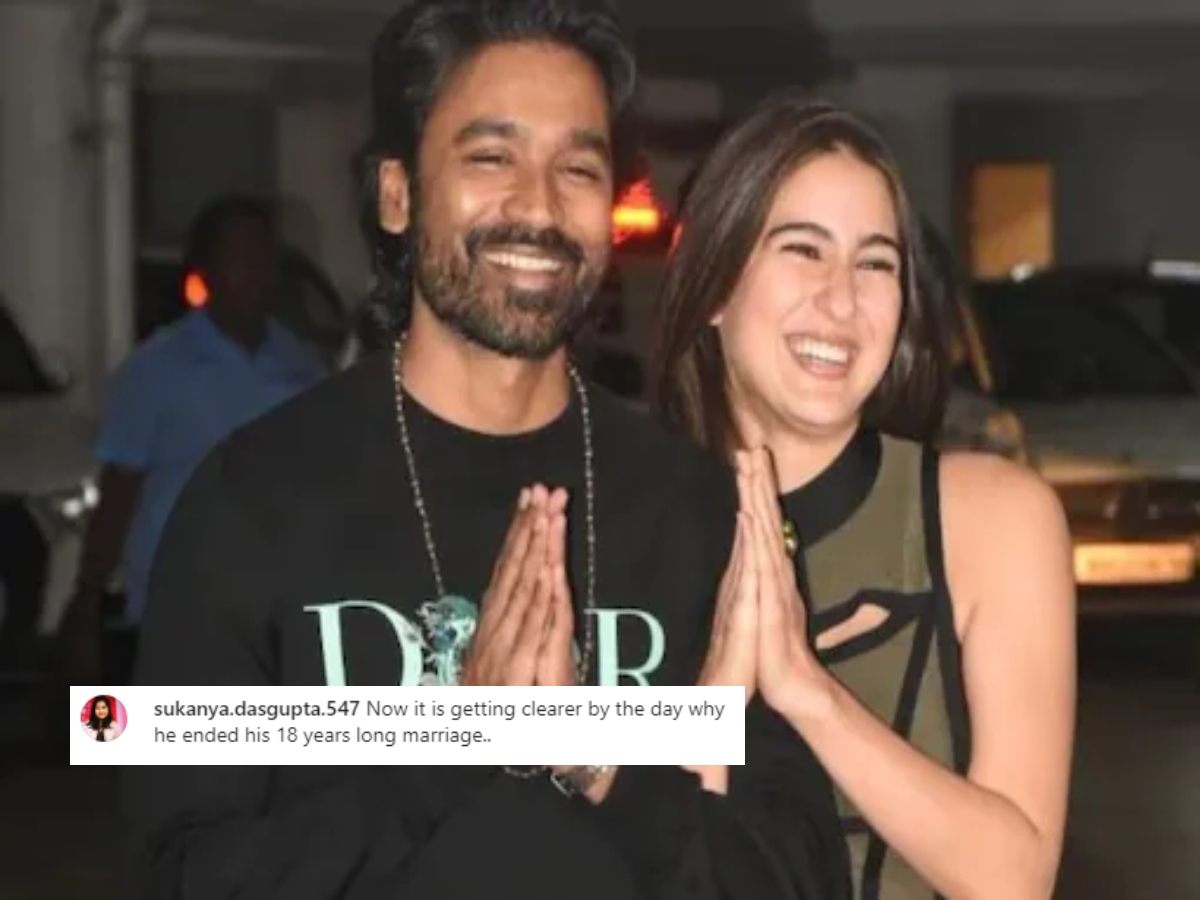 Mumbai: Filmmaker Ritesh Sidhwani, on Friday, hosted a star-studded party here for The Russo Brothers — Joe and Anthony Russo — who are currently in India for the promotions of their film ‘The Gray Man’. Several Bollywood celebrities including the movie’s lead actor Dhanush were spotted arriving at the bash. Pictures and videos posted by the paparazzi on social media are going viral.

What grabbed netizens’ eyeballs was Sara Ali Khan’s arrival with her Atrangi Re co-star Dhanush. The duo posed together for the paparazzi and Sara was seen standing very close to him. However, as usual, a few social media users just ‘over thought’ it and blew it out of proportion. While a some netizens slammed Sara for her ‘over excitement’ and ‘clingy’ behaviour with Dhanush, others blamed her for the actor’s divorce with his ex-wife Aishwaryaa Rajinikanth.

“She is the reason for his divorce,” one Instagram user commented. Another social media user wrote, “He’s not giving a damn and she’s being clingy.” “Now it is getting clearer by the day why he ended his 18 years long marriage..” one more comment read.

A third user wrote, “That is why she was saying on kwk that married man is also fine for dating.”

One netizen defended the duo and wrote, Stop judging and let them be happy. They make a good pair.”

For the unversed, Dhanush announced separation from his wife Aishwaryaa Rajinikanth in January this year. The couple issued a joint statement on social media that read: “18 years of togetherness as friends, couple, as parents and well wishers to each other The journey has been of growth, understanding, adjusting and adapting.. Today we stand at a place where our paths separate… Aishwaryaa and I have decided to part ways as a couple and take time to understand us as individuals for the better. Please do Respect our decision and give us the needed privacy to deal with this.”