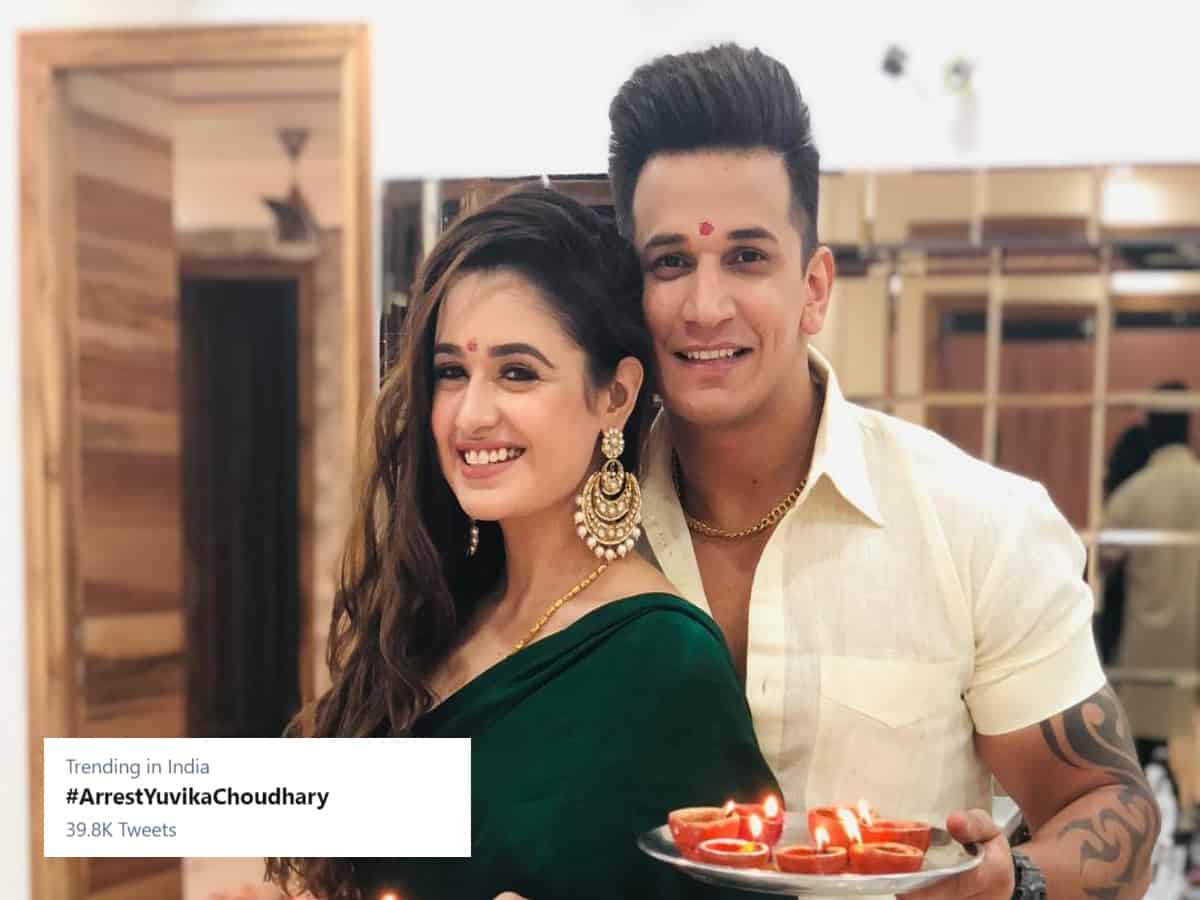 Mumbai: Actress and Bigg Boss 9 fame Yuvika Chaudhary found herself in trouble for using a casteist slur in one of her latest videos. She faced the wrath of netizen after her YouTube video went viral on social media in which she was seen using the word ‘bhangi’. The vlog also featured her husband and reality shows star Prince Narula.

In no time, social media users started trending #ArrestYuvikaChaudhary on Twitter. A user wrote, “Yuvika Choudhary should be arrested. Example has to be set There are many like her and Munmun “ut”a.”

“Hey #yuvikachoudhary you sd be ashamed of your words. The people you addressed are actually keeping this nation presentable. they sd be respected. you senseless people create chaos in “ociety,” another tweeted.

Read the tweets by the netizens:

Soon after this, Yuvika took to her social media to issue an apology for her comment claiming that she ‘didn’t know the meaning’ of the word and maintaining that she would never hurt anyone.

“Hi guys I didn’t kw the meaning about that word wt I used in my last vlog I didn’t mean to hurt anyone and I can never do that to hurt someone I apologise to each n every one I hope you understand love you all,” Yuvika Chaudhary wrote on Instagram and Twitter.

Prince, too, took to his Instagram stories to apologise to fans.

Recently an FIR was filed against Taarak Mehta Ka Ooltah Chashmah actress Mun Mun Dutta for using casteist slur in a YouTube video. She has been booked under Scheduled Castes and Scheduled Tribes (Prevention of Atrocities) Act.