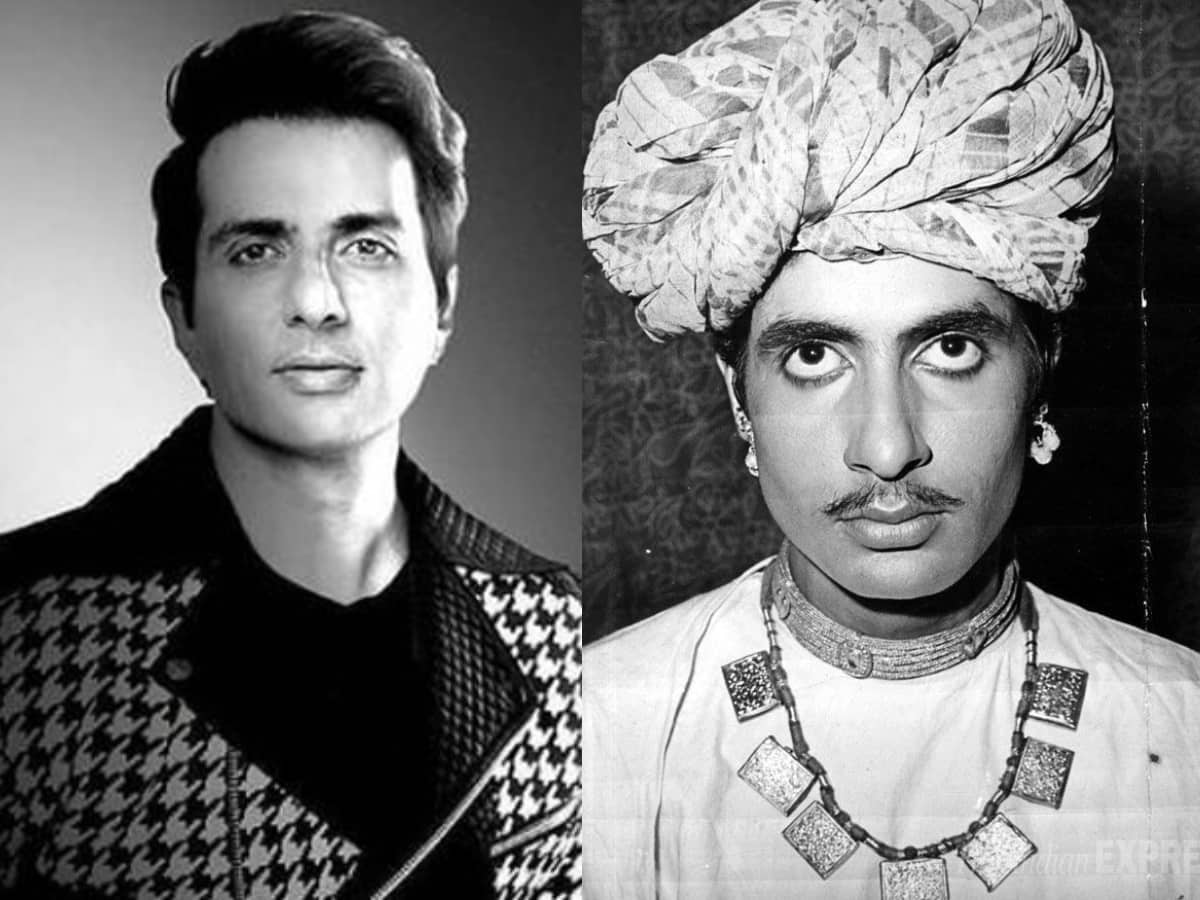 Mumbai: Bollywood’s Shahenshah, Amitabh Bachchan is quite active on social media and a proof to this would be his latest post on Instagram where he is seen donning a Rajasthani Kurta and a well-woven turban as he took test for Reshma Aur Shera, which was released two years later in 1971.

Big B captioned the same saying, “my look test for film ‘ Reshma aur Shera 1969 ‘… I actually got selected.”

Soon after Big B dropped the picture, fans chimmed to the comments section and started comparing a young Amitabh Bachchan with Bollywood actor Sonu Sood. Netizens are going gaga over the uncanny resemblance of two actors.

Meanwhile, on the work-front, Amitabh Bachchan has a few exciting projects lined up for him. He will next be seen in the much awaited Ayan Mukherjee directorial ‘Brahmastra’ alongside Ranbir Kapoor and Alia Bhatt. The movie also stars South Star Nagarjuna in it.

Along with that The Angry Young Man of Bollywood also has Ajay Devgn’s ‘Mayday’as well as ‘Chehre’ alongside Emraan Hashmi in his kitty.

On the other hand, the multilingual actor Sonu Sood was last seen in a Kollywood movie ‘Thamezharasan’. He will be next seen in Akshay Kumar, Manushi Chillar Starrer ‘Prithviraj’ which is going to be shot under the Yashraj Films Banner.