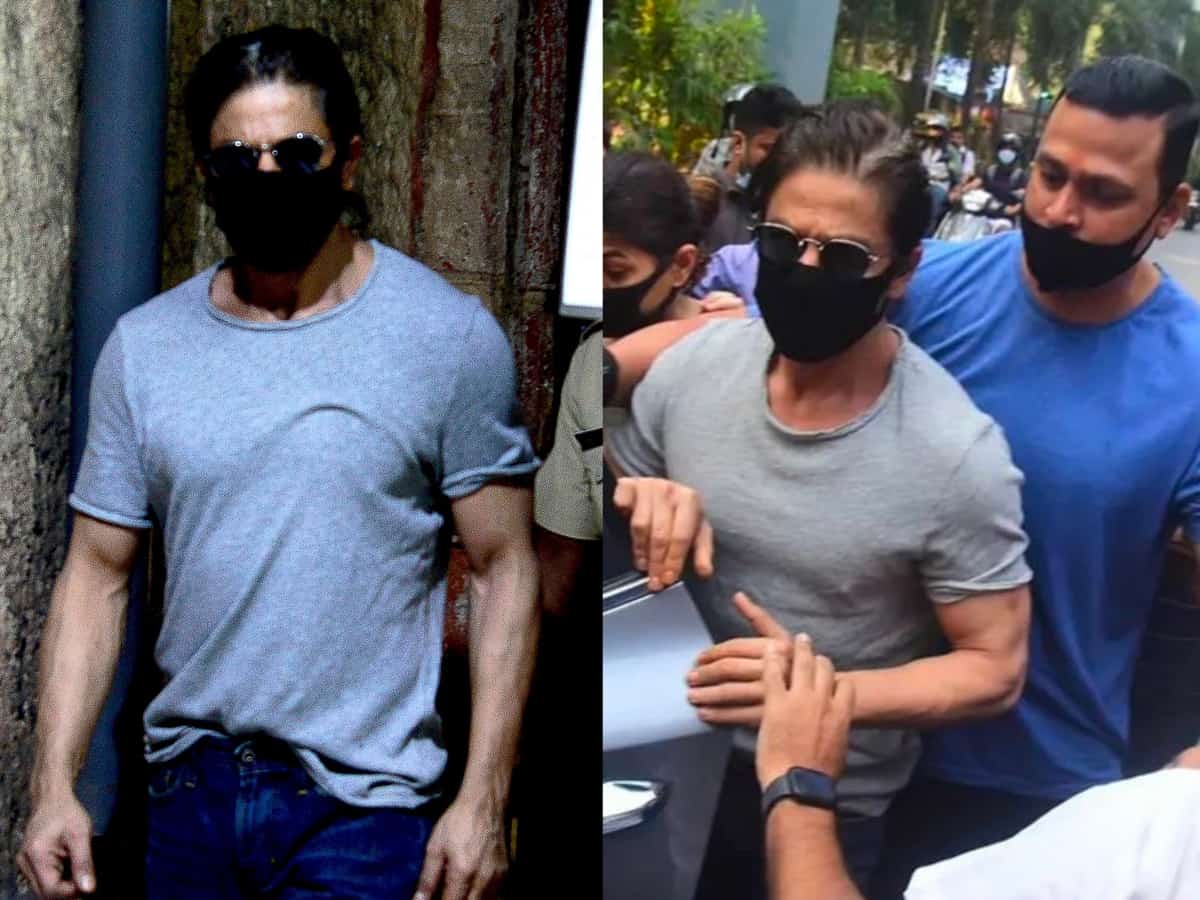 Mumbai: Bollywood star Shah Rukh Khan who, on Thursday, was spotted at Mumbai’s Arthur Road Jail, to meet his son Aryan Khan, has been winning over the Internet for showing love and respect to people outside the jail, even in the face of adversity.

The actor was visiting the jail to meet his son for the first time since he was arrested in a drug case by the Narcotics Control Bureau (NCB) on October 2.

Netizens couldn’t help but notice SRK’s gesture when he was leaving the jail after meeting Aryan. He greeted the crowd sitting outside the jail with folded hands, not once but twice, though the actor didn’t address the media reporters stationed outside the jail.

‘I am sorry’: SRK cries uncontrollably looking at Aryan in jail

Taking to social media several people showed their support for the star and commemorated his heartfelt gesture.

A user tweeted, “How difficult it is to be SRK, taking care of the feelings of others even in your pain and also u have to smile !! Proud to be fan of unbreakable KING @iamsrk”

Another wrote, “In such hard times when people choose to ignore everyone, @iamsrk is being gentle and greeting people. That’s his standard and humility. #Aryankhan.”

Another user tweeted, “Am heartbroken seeing these pictures. No parent, celebrity or otherwise, should ever go through such unfortunate moments. But look at the grace, composure, compassion and love exhibited by @iamsrk even in the face of such adversity. Hope this nightmare ends soon. Real soon!”

An NCB team had busted an alleged drugs party on the Cordelia Cruise ship which was on its way to Goa at mid-sea on October 2.

Along with Aryan, a total of 20 people, including two Nigerian nationals, have been arrested so far in the case related to the seizure of drugs following the raid at a party on the cruise ship off the Mumbai coast.

Meanwhile, on the work front, SRK had been shooting for his upcoming movie ‘Pathan’, which also features Deepika Padukone and John Abraham in pivotal roles.