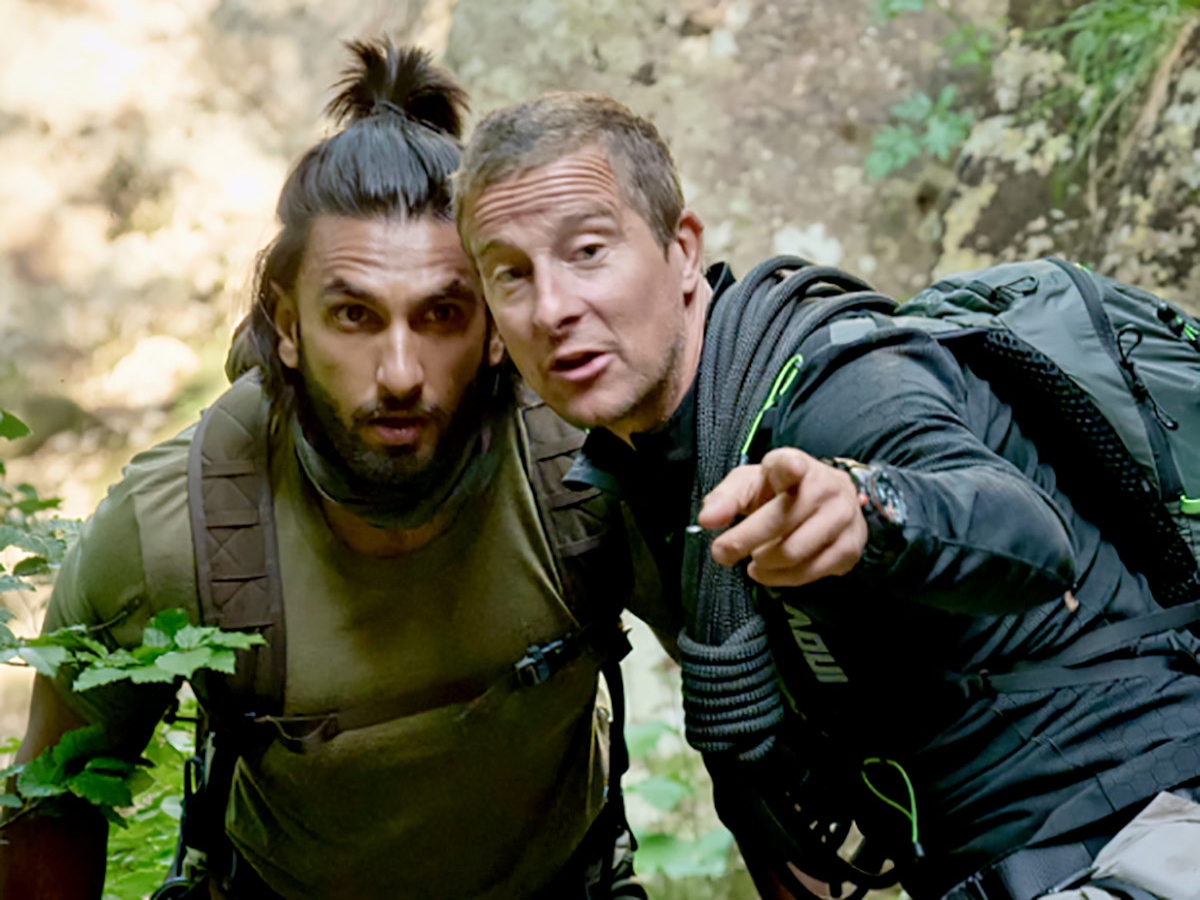 Mumbai: Bollywood star Ranveer Singh, who recently appeared on the show ‘Ranveer Vs Wild with Bear Grylls’ to brave the Serbian wilderness in search of a rare flower, is being roasted by the netizens after a clip of Ranveer kissing Grylls went viral.

Many users on the Internet, expressed how Ranveer’s over-exciting personna made Bear Grylls feel uncomfortable in front of the camera. In the viral clip, one can see Ranveer saying, “Arre mere mowgli (oh my mowgli), arre mere Tarzan (oh my Tarzan)” as he lands pecks on a visibly awkward Bear Grylls’ cheeks and neck.

Pointing out the ‘Bajirao Mastani’ star’s behaviour, many people on the Internet called the act, “borderline assault”. Sharing the clip, one user wrote in their tweet, “There’s a term called “personal space.” I can see how much it’s infringed.”

While the clip is quite weird in its content, it has also sparked a meme fest with creators having a field day on the Internet courtesy Ranveer’s antics.