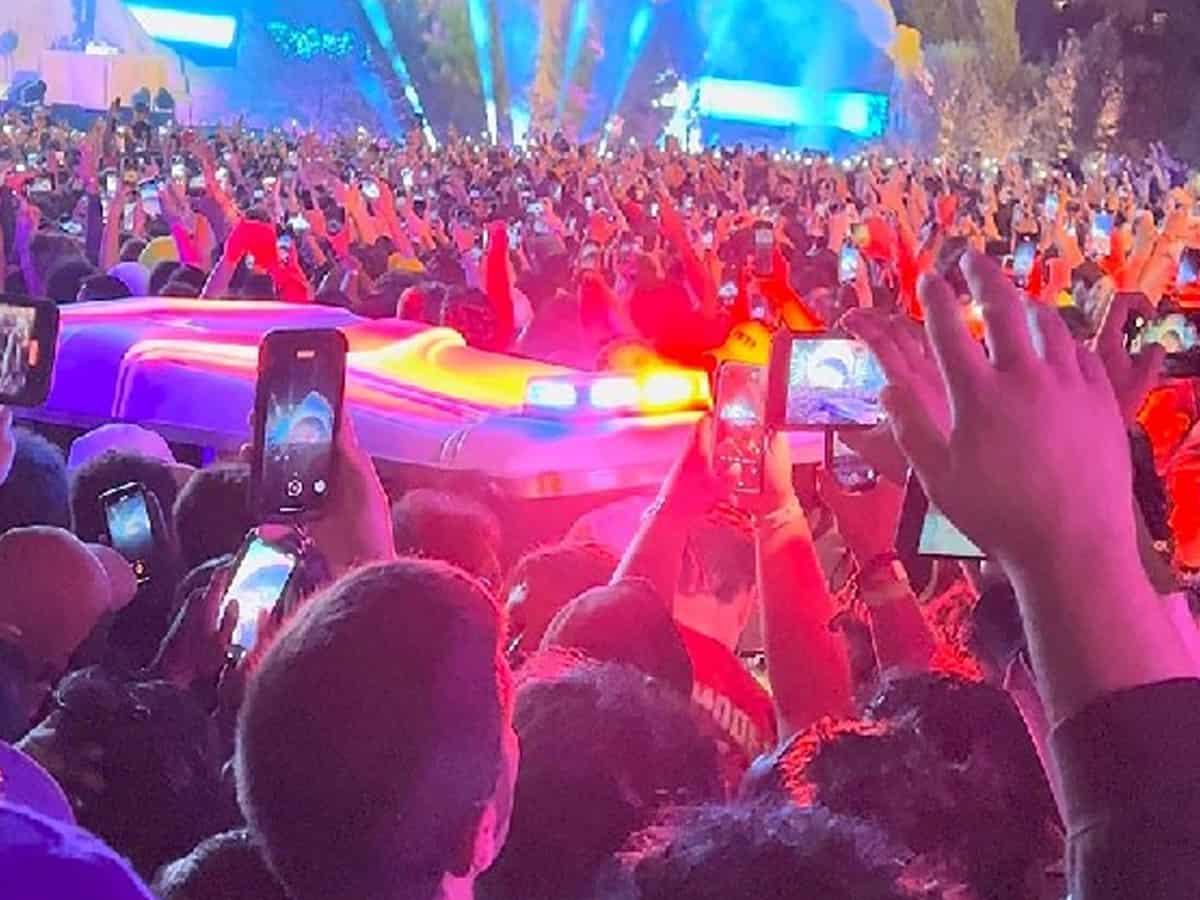 According to Fox News, the civil lawsuit was filed by Henry’s law firm on Thursday in Harris County, Texas and seeks up to USD 2 billion in damages. The defendants include rappers Travis Scott and Drake, Live Nation, NRG Stadium, Apple Inc., Scott’s Cactus Jack record label, and more.

According to Henry, another 120 victims have contacted his firm seeking representation for damages caused by attending the concert. The lawsuit, obtained by Fox News, refers to Astroworld as “one of the deadliest crowd-control disasters at a concert in the United States.”

On behalf of 280 plaintiffs, Henry claims that the reported crowd surge, which caused many in the crowd to be “trampled, trapped and crushed,” could have been prevented. The lawsuit accuses the defendants of gross negligence.

“The Defendants stood to make an exorbitant amount of money of this event, yet they chose to cut corners, cut costs, and put the festival attendees at risk. Plaintiffs collectively herein bring this lawsuit seeking damages not to exceed USD 2 billion,” the lawsuit states.

The filing goes on to claim that the victims have “suffered severe bodily injuries” which have “had a serious effect on the Plaintiffs’ health and well-being.”

The court papers also claim plaintiffs are seeking relief for a number of things, including pain and suffering, medical expenses, physical impairment and disfigurement, and loss of earnings.

“My clients want to ensure the defendants are held responsible for their actions, and they want to send the message to all performers, event organizers, and promoters that what happened at Astroworld cannot happen again,” Henry stated.

The USD 2 billion lawsuit comes just days after another USD 750 million complaint had been filed in a Houston Civil Court by high-powered attorney Tony Buzbee on behalf of more than 125 fans, including the family of one of the deceased.

That lawsuit alleged that Scott and show organizers were negligent in their planning of the festival, which left 10 dead, including a 9-year-old boy. All of the concertgoers who died were between ages 9 and 27.

County Judge Lina Hidalgo, the top elected official in Harris County, which includes Houston, had previously proposed a third-party probe that would look at the planning and execution of crowd control tactics at the festival founded and headlined by the rap superstar.

The Harris County administrator would work with other city and county entities to review security, fire and other safety plans at the county-owned NRG Park, where the festival was held.

Just last week, personal injury attorney Ben Crump also announced a lawsuit on behalf of more than 100 Astroworld attendees – and described the harrowing ordeal at the sold-out festival of 50,000 people as “a failure of epic proportions.”

A representative for Scott, last week had told Fox News in a statement that he is still “actively exploring routes of connection” with families affected by the tragedy.

“Over the last week, Travis Scott and his team have been actively exploring routes of connection with each and every family affected by the tragedy through the appropriate liaisons,” the statement read.

As per Fox News, it continued, “He is distraught by the situation and desperately wishes to share his condolences and provide aid to them as soon as possible, but wants to remain respectful of each family’s wishes on how they’d best like to be connected.”