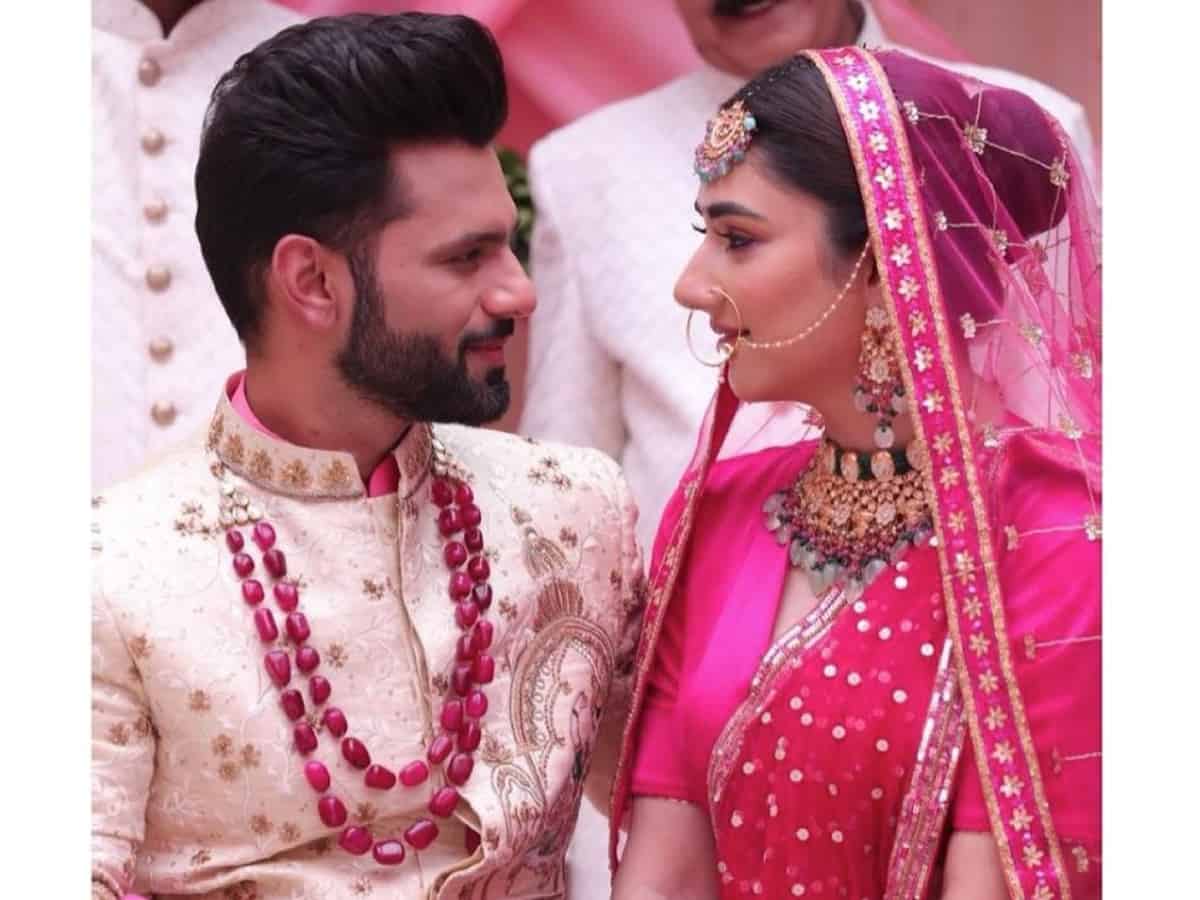 Mumbai: Bigg Boss 14 runner up Rahul Vaidya and his girlfriend-actress Disha Parmar have been hitting headlines since past couple of days after the BTS pictures of their upcoming music video went viral. The pictures which took internet by storm showed the couple dressed as bride and groom.

Many speculations about their wedding have been doing rounds on social media, ever since Disha Parmar and Rahul Vaidya bought their relationship to the limelight. And now, their recent Instagram posts have left the fans confused. On Friday, both Disha and Rahul shared identical pictures on their respective Instagram profiles, in which they can be seen dressed as a bride and a groom. They both captioned their posts: “#newbeginnings #madhanya.”

While a section of the Internet congratulated the couple, other fans thought it was a still from their upcoming music video titled Madhanya.” Take a look at the post below:

The photo has lovebirds Disha and Rahul looking deep into each other’s eyes while holding hands. While Rahul has opted for an ivory sherwani, Disha is looking stunning in her pink bridal lehenga.

The photos are making their fans lose their hearts, just like their every PDA or romantic clips on social media.

The singer proposed to actress Disha Parmar on her 26th birthday last year. A few months later, on Valentine’s Day, Bigg Boss sent the actress in the house. The couple has been inseparable after stepping out of the house. They often been grab eyeballs every time they are step out in and around the town.

Have a look at the pictures which went viral last week.

Speaking about the workfront, Disha Parmar also collaborated with Rahul Vaidya earlier for a music video titled ‘Yaad Teri’ in 2019.