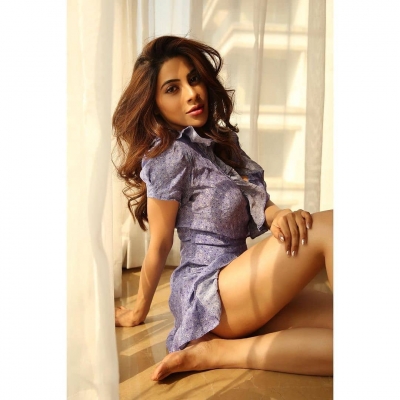 Nikki is a popular name in the South Indian film industry. She is known for her roles in films such as “Kanchana 3”, “Chikati Gadilo Chithakotudu” and “Thippara Meesam”.

Now that the Salman Khan-hosted show has brought her into the national focus, she hopes to branch out to Bollywood.

“I may do Bollywood films, music videos and albums now. So yeah,” an excited Nikki joyfully told IANS.

She had a tumultuous journey on Bigg Boss, and was evicted midway and later given entry again along with the challengers.

“My journey was not at all easy. It was a rollercoaster ride. There were a lot of ups and downs. It was not smooth at all because spending 143 days in the Bigg Boss house meant going crazy,” she said.

Nikki’s gameplan was all about herself and was termed as an individual player.

Was it tough to survive by playing all by herself? “Ofcourse, It was tough because I would feel alone sometimes, but then I am from the South industry and the rest of these people did serials and came imn, so they were connected. I thought I would not be able to click with them. I had predicted that. After two months I realised I should know them, so I later bonded with some people,” she replied.

Nikki is happy that Rubina Dilaik won. She called the television actress her “sister”.

“I am very happy. When I re-entered the house I did not expect that I would be in the top six because I thought my game was getting a little weak but I saw a sister in Rubina. I am happy that I reached the top three and after me if I saw a winner was only Rubina. I am more happy for her that she won.”