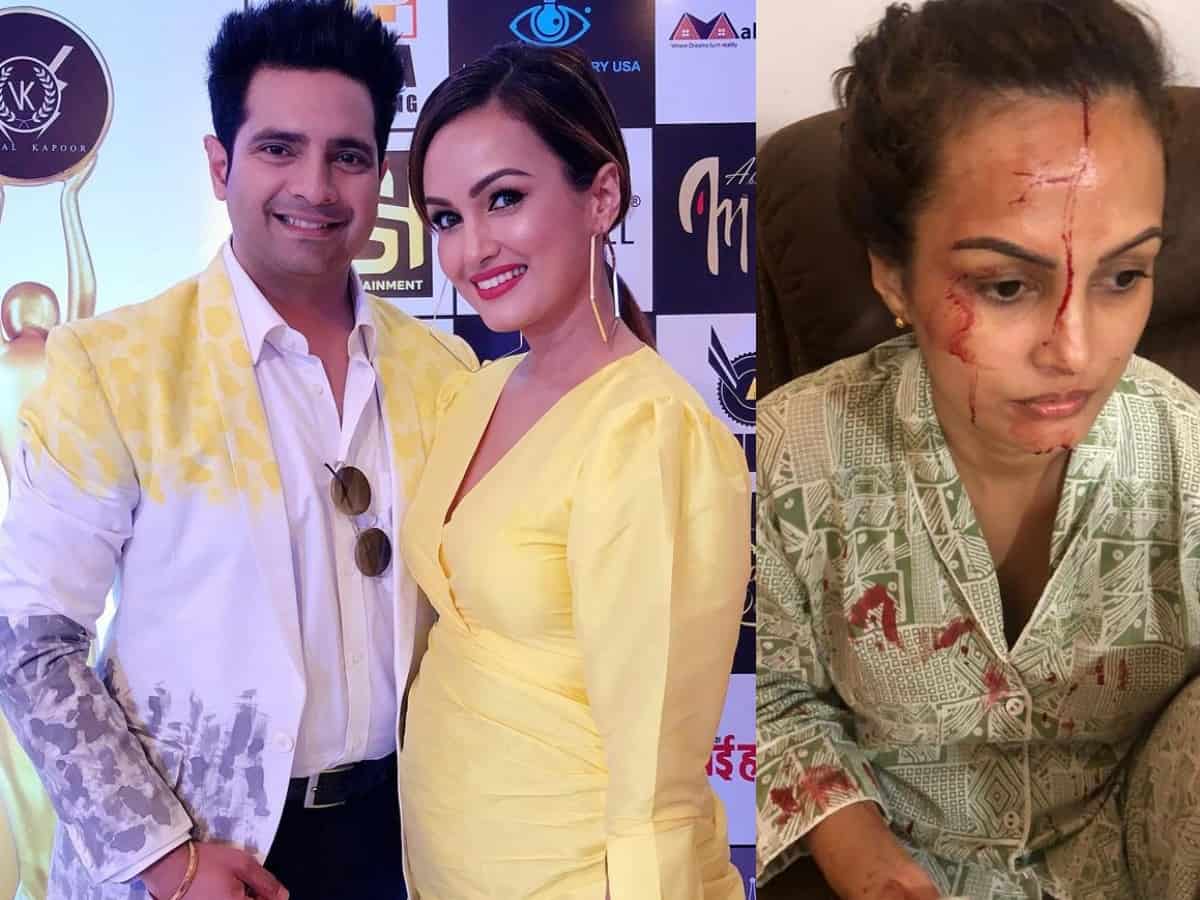 Mumbai: “Yeh Rishta Kya Kehlata Hai” fame actor Karan Mehra has been accused by his wife, actress Nisha Rawal, of having an affair, taking her jewellery and beating her up. Mehra was granted bail on Tuesday morning after his arrest the night before following a complaint by Nisha over a domestic fight.

Addressing the media on Tuesday evening and talking about Karan, Nisha said in Hindi: “He has beaten me up. He is an actor, he is very smart, he understands cameras. He has sometimes made my face black and blue and punched me hard.”

“Wherever CCTV cameras are installed in our house, he doesn’t do anything but in our bedroom there is no CCTV camera. He used to behave badly with me over there,” she alleged.

Accusing Karan of taking her jewellery, the actress said: “Whatever he has told the media that this is about money and I have done something fraudulent, I have given all the proof to the police about bank statements. Karan took all my jewellery, he manipulated me and took my jewellery. I gave it to him because I thought he is my husband, but I didn’t know what he was up to. He said we are under financial pressure, and I suggested him to sell our house and shift to a smaller one. I gave him all my jewellery, my streedhan and I didn’t bat an eyelid. After all this, he says it is about fraud.”

Nisha Rawal also alleged that her husband was having an affair, when she was quizzed about why she has been tolerating his alleged misbehaviour for so long.

“Because I love him. Because I still love him. I am a stupid. It came as a slap on my face because he was having an affair. I was not ready to split up with him or anything,” she said.

“I don’t want a father like Karan for my child who is unethical. If you have anything with anyone else, please speak out. Let’s sort it out, let’s get separated it’s okay. You don’t have to make it dirty,” she further said.

Showing an image of her bruised face on the mobile phone to mediapersons, Nisha Rawal claimed: “This is last night.”

Alleging Karan of hitting her on Monday night, the actress said: “For the first time I told him yesterday that you are not a good person and everything else that I wanted to tell him, which I had kept bottled up for so long. As soon as I started walking out of the room, he held my hair and pushed me on the wall. When blood started flowing, I realised what had happened, by then he had pinned me on the wall holding my neck. After all this, I really thought what should I do and then I dialled 100. The police came home and then I went to the police station.”

When Nisha Rawal was told of Karan’s allegation that she had banged her head against the wall to injure herself, she replied: “I know he is saying that but why would I do that? I am an actor, my face is precious. I have a child. Why would I do that?”