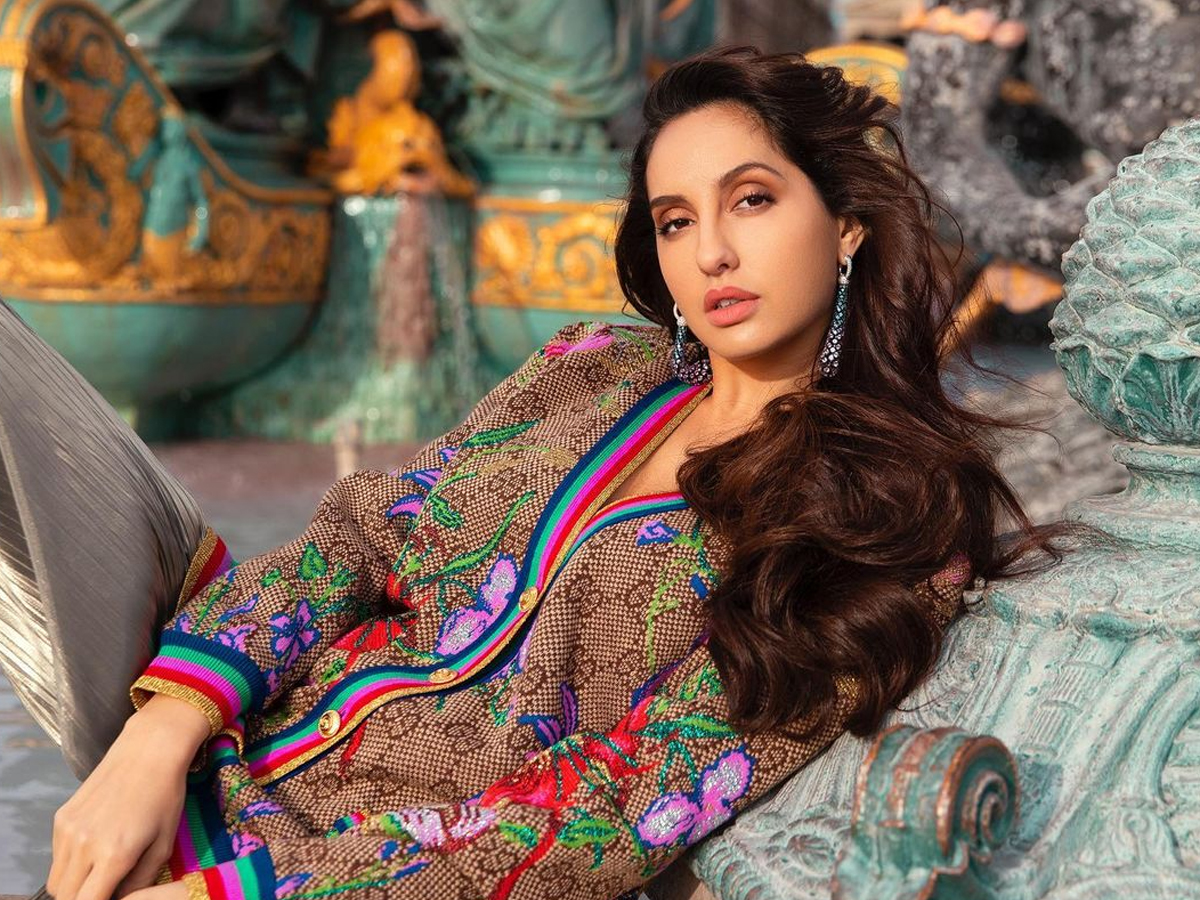 Mumbai: Putting on her Bollywood swag, Nora Fatehi dressed up as Madhuri Dixit Nene recreating her ‘Dola Re Dola’ look in order to celebrate 100 years of Bollywood on a dance reality show as a judge.

As the ‘India’s Best Dancer’, dance reality show celebrates 100 years of Bollywood, Nora decided to declare her admiration for Madhuri yet again by dressing up in the latter’s iconic ‘Dola Re Dola’ look from the former actor’s film ‘Devdas’.

Earlier Nora has expressed her desire to star in the senior actor’s biopic and her latest pictures prove she’s ready for it!
In her YouTube vlog, Nora had earlier shared her overwhelming experience of meeting Bollywood’s ‘Dhak Dhak’ girl for the first time while co-judging a dance reality show along with her.

Expressing her fondness for Madhuri, Nora has often regarded the veteran actor as her idol. Concluding the vlog, Nora termed herself as a hopeless dreamer for wanting to star in Madhuri’s biopic.

Bigg Boss 15: Arjun Bijlani in, Aditya Narayan out of the show

Requesting her fans to share their thoughts, Nora said, “Guys, comment if you want me to do Madhuri ma’am’s biopic in future. I’m just a hopeless dreamer, I swear!”

Earlier, Madhuri has also showered Nora with praises, appreciating the young actor for her talent, dedication, and passion towards her art.

Meanwhile, Nora Fatehi who has carved her path to success in Bollywood is currently gearing up for the release of her upcoming next ‘Bhuj: The Pride of India’.

The film is set amid the backdrop of the 1971 Indo-Pak war. Ajay will be seen essaying the role of Squadron Leader Vijay Karnik in the film.

Directed by Abhishek Dudhaiya, ‘Bhuj: The Pride of India’ is scheduled to release on August 13 on Disney+ Hotstar VIP.