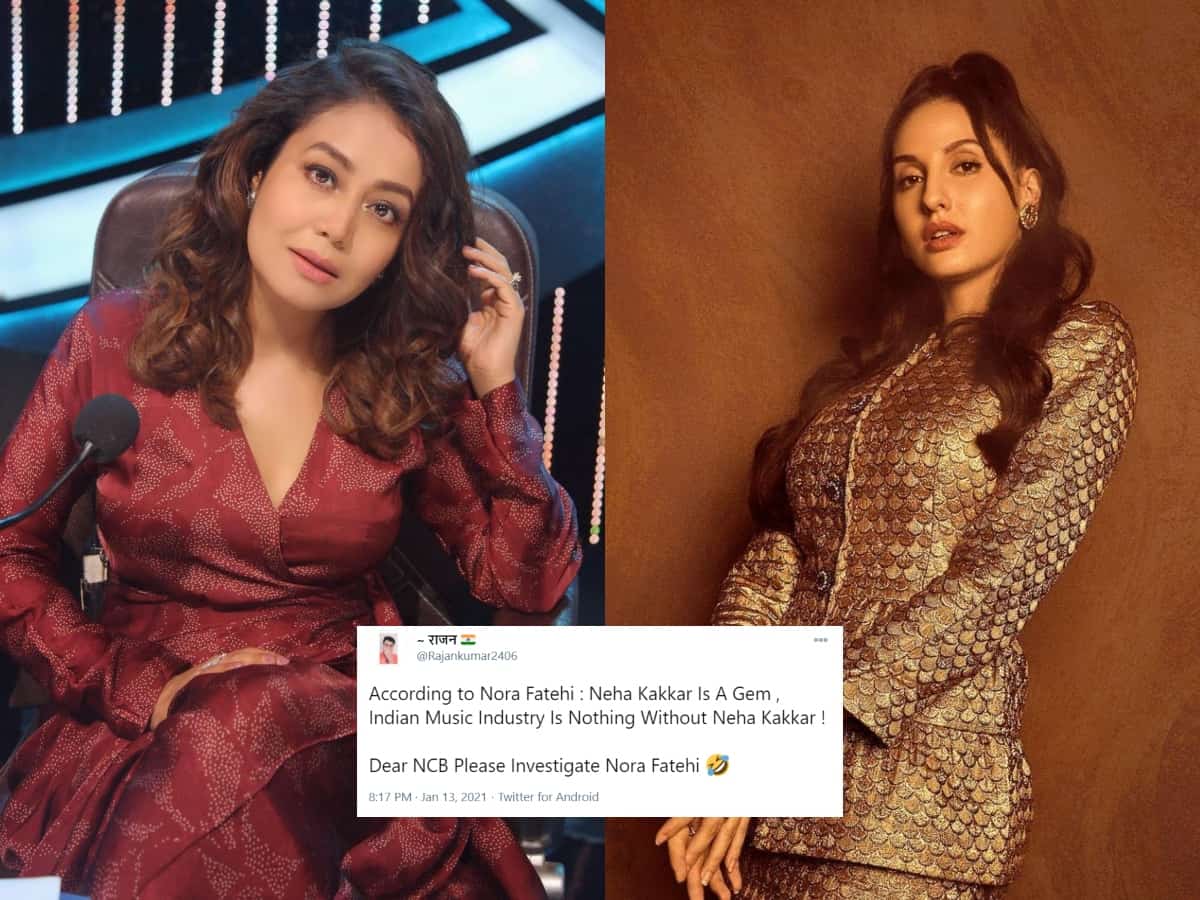 Mumbai: Dancer-actress Nora Fatehi has carved a niche in the industry with a series of special dance numbers in Bollywood films, and many of her big dance hits have been voiced by playback star Neha Kakkar. And no doubt Neha currently rules the music industry with an array of superhit songs including Aankh marey, Dilbar, O Saki Saki and Garmi which features Nora.

We got our hands on a viral clip from the dance reality show ‘India’s Best Dancer’ where Nora Fatehi can be seen saying music industry is nothing without Neha Kakkar. But netizens couldn’t believe what Nora said.

In an old clip that has been doing the rounds of the social media, Nora Fatehi can’t stop gushing about Neha and her singing skills. “Neha Kakkar is a gem, Neha ke bina music industry kuch nahi hai,” says Nora while Neha quietly listens to her every compliment.

But Nora’s statement on Neha left netizens in a state of shock as they couldn’t believe what she said about Neha. Her statement have now sparked hilarious memes wherein people are brutally trolling Nora Fatehi on social media.

Meanwhile, on the work front, Nora was last seen in Remo D’Souza’s ‘Street Dancer 3D’. The movie starred Varun Dhawan and Shraddha Kapoor in lead roles. She also made headlines for her latest album ‘Nach Meri Rani’ opposite Guru Randhawa.