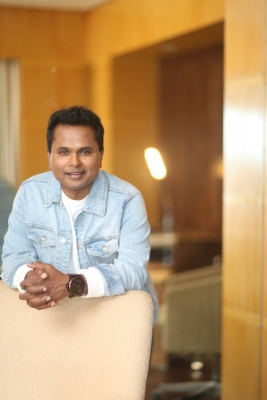 New Delhi, Dec 31 : Indian-born Hollywood producer, actor and entrepreneur Tel K. Ganesan says his next film, The Fireflies: Drugs, Debauchery And Dil, will explore the dark truths of Bollywood, from casting couch and nepotism to bias, connections and drug culture.

The film is in sync with the events that happened this year, from Sushant Singh Rajput’s death to Rhea Chakraborty getting arrested to several stars being named for having alleged drug nexus.

“The film is through the eyes of a Bollywood aspirant who leaves home and hearth in Detroit to come back, and gets stuck in the midst of a scandal. Following her is a young cop from the Narcotics Control Bureau (NCB) investigating the case,” said Ganesan.

The story revolves around the trials and tribulations of an acting aspirant caught in the web of those with a life packed with fame, fortune and adulation, fraught with hedonism, drugs and debauchery.

Drawing reference to Bollywood films in the past that had a mention of drugs in the plot, Ganeshan said: “The same industry that gave hits like ‘Udta Punjab’, ‘Go Goa Gone’, ‘Hare Rama Hare Krishna’, ‘Jaanbaaz’, ‘Shaitaan’, ‘Charas’, ‘Dev.D’, ‘Life In A Metro’, and of course, ‘Fashion’, has admitted to addiction and rehabilitations over decades. Now, things get murkier with the NCB raids discovering newer users. Actors not involved in the case get dragged into it. Will this be the end or the beginning of an end is what The Fireflies: Drugs, Debauchery And Dil is all about.”

“We will sign on a director who will do justice to the subject once we are ready. Currently, we are researching to match further script requirements,” he added.