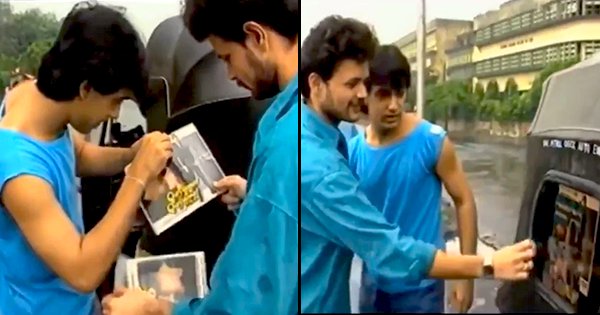 Mumbai: Bollywood’s Mr Perfectionist, Aamir Khan, is one of the beloved actors who has cemented himself as a blockbuster stars over three decades. From entertaining us with films like Ghajini, PK and Lagaan to keeping us emotionally hooked to his performances in films like Rang De Basanti, Taare Zameen Par and Sarforosh, Aamir Khan has come a long way.

Aamir Khan made his Bollywood debut as a child artist in his uncle Nasir Hussain’s film Yaadon Ki Baaraat (1973). Khan debuted as a lead actor in Qayamat se qayamat tak (1988) directed by Mansoor Khan. It was a hit flick which helped to launch him to superstardom. The film starred him alongside Juhi Chawla, and was a modern adaptation of William Shakespeare’s Romeo and Juliet.

An old interview of Aamir Khan where he shared about his early days in the industry, his life before he became an actor, and more is going viral on social media.

This flashback video was shot just after his first film Qayamat Se Qayamat Tak was released, and before his 1989 film Raakh came out. The video starts with the actor being asked about his life before entering the film industry. In the video, we can also see the hard work put in by the lead actor to promote the film.

The old video shows Aamir Khan sticking posters of Qayamat Se Qayamat Tak at the back of an auto-rickshaw on the streets of Mumbai. The video also shows Aamir Khan’s co-star from the film, Rajendranath Zutshi helping him.

Meanwhile, on the professional front, Aamir Khan has highly aniticipated Laal Singh Chaddha in his kitty. The film features Kareena Kapoor Khan in the female lead.