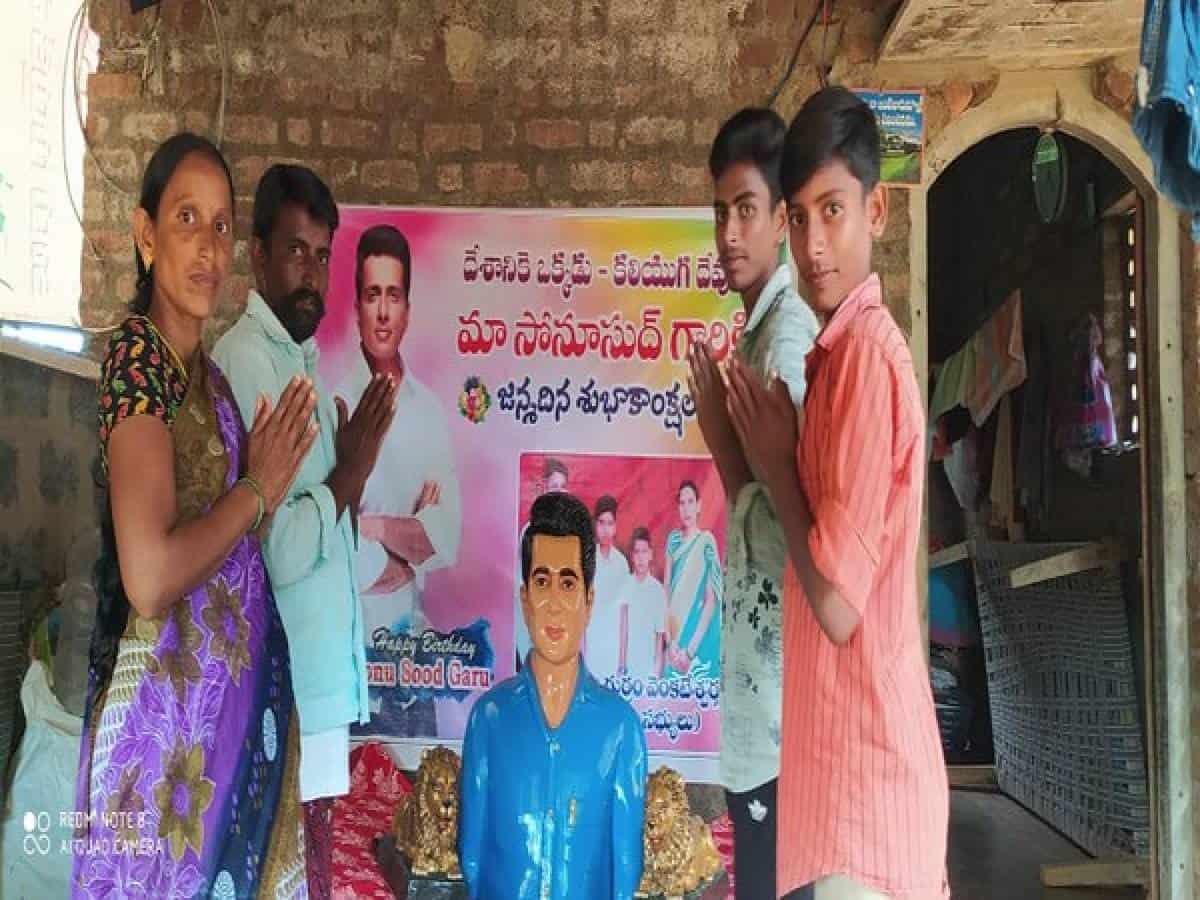 Khammam: One more temple has been constructed for Sonu Sood by his fans in Telangana. Gurram Venkatesh, a resident of Garlapada village in Khammam district built a temple for the Dabangg actor with the help of his family.

“He helped so many people during the pandemic. It’s a matter of great delight for us that we became fans of Sonu Sood sir and constructed his temple,” said Venkatesh.

Last year a temple for the actor was constructed in Dubba Tanda village of Siddipet district, Telangana.

Sood helped many underprivileged people by arranging safe road travel for migrants stuck in various parts of the country to reach their native places during the COVID -19 pandemic.

He also launched a job portal for migrant labourers by collaborating with several employment providers.

The 48-year-old actor has been helping people reaching out to him through social media.