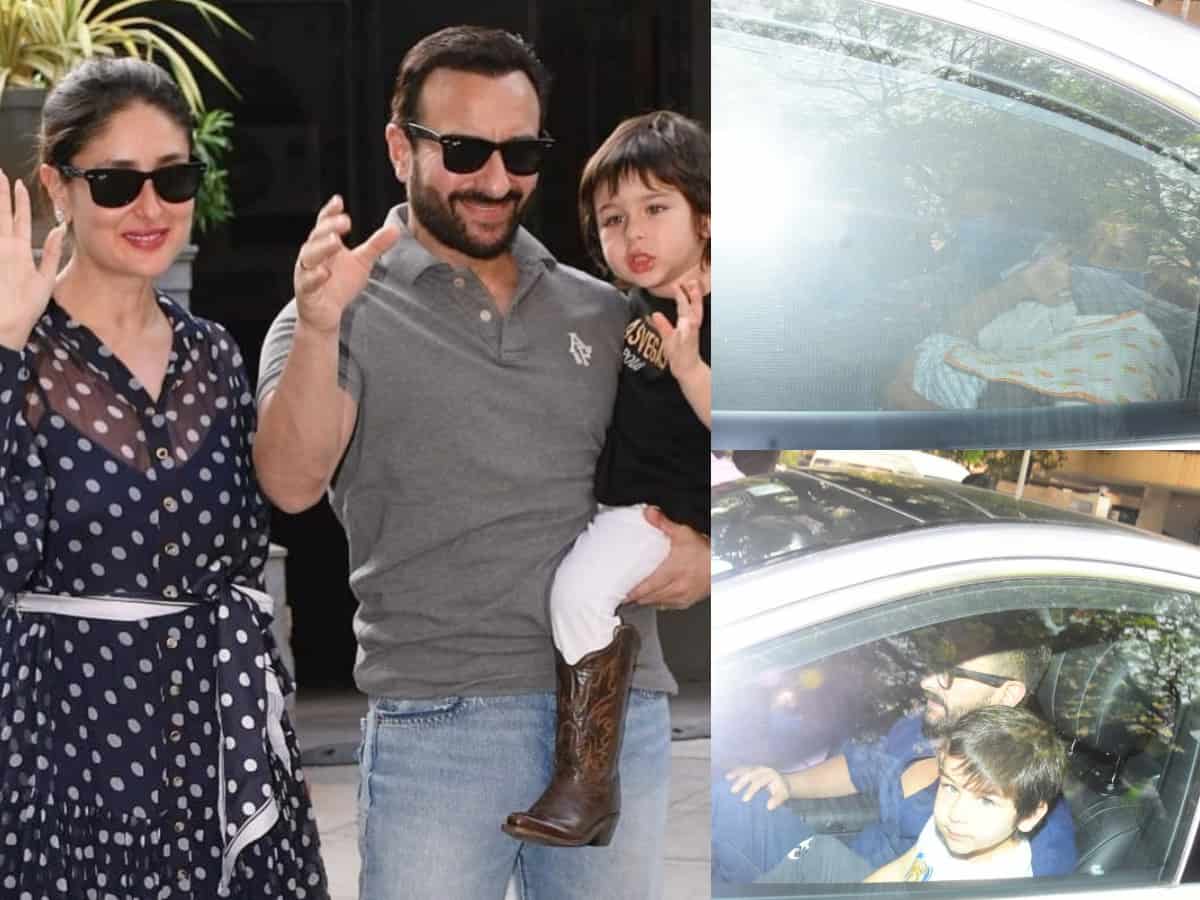 Mumbai: Bollywood stars Kareena Kapoor Khan and Saif Ali Khan, who welcomed a baby boy, arrived at their new house in Bandra on Tuesday. Kareena gave birth to the little munchkin on February 21 in a Mumbai hospital. Saif thanked fans and well wishers for their love and said that Kareena and their new born son are “safe and healthy”.

In an official statement issued by Saif after Kareena’s delivery, he said, “We have been blessed with a baby boy. Mom and baby are safe and healthy. Thank you to our well wishers for their love and support.”

Paparazzi photographed Saif and Kareena with their newborn baby as they made their way home on Tuesday afternoon. They were accompanied by their 4-year-old son Taimur Ali Khan.

Earlier in January, another celebrity couple Anushka Sharma and Virat Kohli requested paparazzi to not capture their newborn. The couple released a statement citing to allow privacy to their daughter. It was reported that Saif and Kareena will also follow Anushka-Virat’s stand on privacy for their second child.

However, despite the requests for the privacy, paparazzi captured their new born and pictures of the same are doing rounds on internet. While someone else was seen driving the car, Taimur was seen riding shotgun in Saif’s lap. Kareena was sitting in the back while the baby was seen sleeping in his nanny’s arms.

Check out the pictures below: