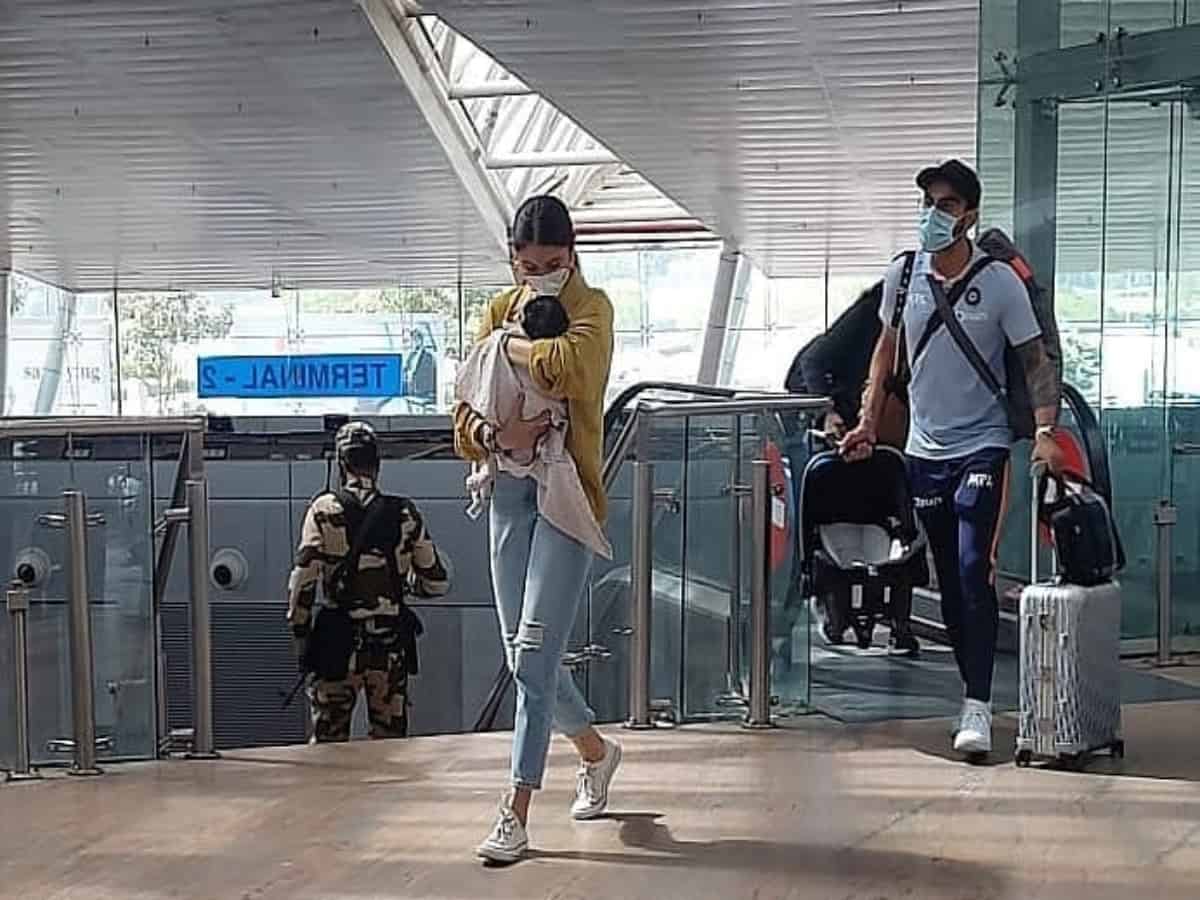 Mumbai: The papparazi were highly criticised and received a major flack after posting pictures of Virat Kohli and Anushka Sharma with their new born Vamika at the airport on Monday, despite the couple’s repeated request for privacy.

The obsession with celebrity’s children in this country is nothing new. Newly turned parents Virat Kohli and Anushka Sharma had earlier made it very clear that they will not compromise on their child’s privacy and had requested the media to refrain from trying to invade their personal space.

However, it has been seen that pictures of Kohli and family are doing rounds of internet since 2 days. As the Indian team moved to Pune for their ODI fixtures, Anushka, Virat, and baby Vamika were captured by fans in the Airport, pictures of which went viral in no time.

Now, netizens have been slamming the reporters and photographers for the same cause. They added that people couldn’t keep up the simple request made by parents.

Many even reminded of how the couple had sent gift hampers to the photographers for abiding by the same.

After the pictures and videos started doing rounds, many users on social media criticized the papparazi and called them out for not respecting the couple’s personal space.

“Shame on you, they have asked you to not post any content of their daughter.” wrote another user.

Anushka Sharma and Virat Kohli Anushka had tied the knot in December 2017 in Tuscany, Italy. They welcomed their firstborn Vamika on January 12, 2021.

On February 1, the duo shared the first glimpse of the baby and also revealed her name.