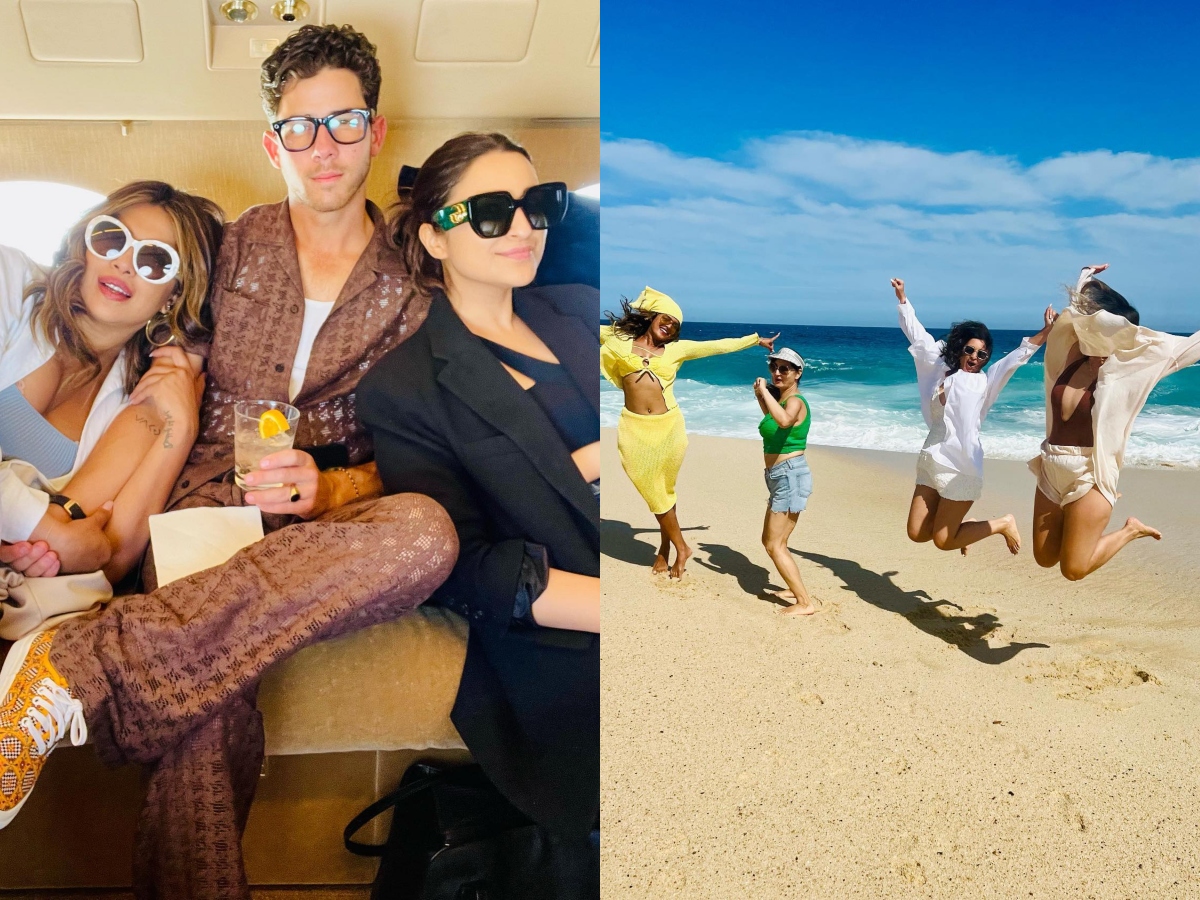 Taking to Instagram, Parineeti shared the pictures, which also feature her brother-in-law, singer Nick Jonas as well as Priyanka and Nick’s friends.

For her beachside birthday party, Priyanka Chopra opted for a yellow beach outfit with a headscarf. Nick sported a black sleeveless t-shirt and shorts. Parineeti looked stunning in a white dress.

In another picture, all of them were seen jumping on the beach.

“It was a whirlwind 48 hours of pure celebration, jet lag, tacos, hugs, laughs and the ocean! Will take a week to recover from, and a lifetime to forget!Happy bday to the world’s desi girl, but my mimi didi. I love you,” Parineeti captioned the post.

She shared the pictures days after Priyanka Chopra turned 40 on July 18.

Priyanka’s daughter Malti Marie and mother Madhu Chopra were also a part of the celebrations.

Priyanka Chopra and Nick Jonas embraced parenthood in January this year as they welcomed daughter Malti Marie via surrogacy.

Meanwhile, on the work front, Priyanka Chopra will be seen in international projects such as ‘It’s All Coming Back To Me’, and the series ‘Citadel’. Produced by Russo Brothers, ‘Citadel’ will hit the OTT on Prime Video.

The upcoming sci-fi drama series is being directed by Patrick Morgan and stars Richard Madden alongside Priyanka.

In Bollywood, she will be starring with Alia Bhatt and Katrina Kaif in Farhan Akhtar’s ‘Jee Le Zaraa’, which promises to be another tale of friendship following the lineage of ‘Dil Chahta Hai’ and ‘Zindagi Na Milegi Dobara’, both of which have become cult classics over the years.’Jee Le Zaraa’ is reportedly going on floors around September 2022 and will be ready for release in the summer of 2023.