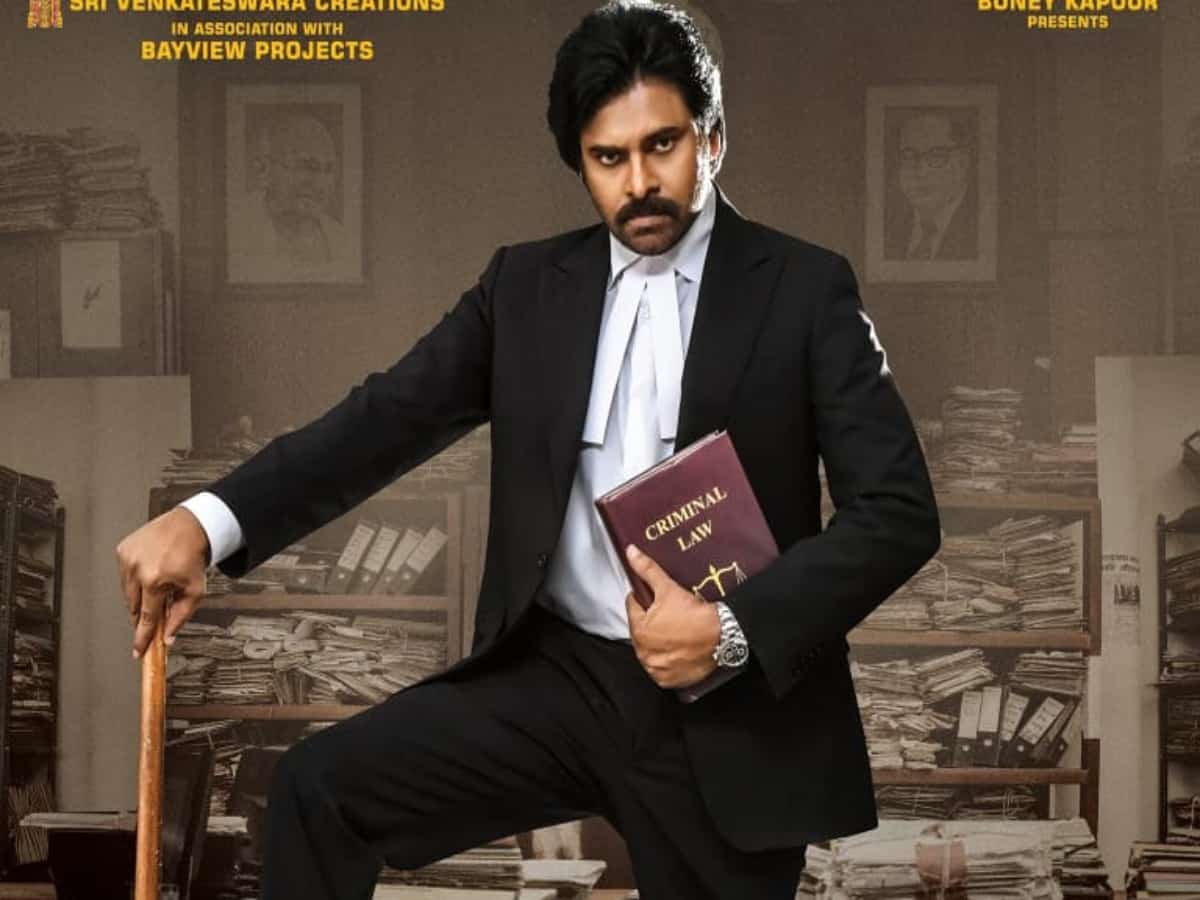 Hyderabad: After a very long wait, the trailer of one of the most anticipated films of the year ‘Vakeel Saab’ starring Pawan Kalyan was dropped on Monday.  Sharing the trailer on Twitter, the film’s production company Sri Venkateswara Creations wrote, “Ultimately Justice will win when you’ve the right person on your side.”

The actor-turned-politician Pawan Kalyan is making a comeback after a two-year sabbatical with his film Vakeel Saab, which is the Telugu remake of Bollywood hit Amitabh Bachchan’s Pink, that dealt with the subject of consent.

The trailer looked action-packed and gives a glimpse of an intense courtroom drama. It also includes action sequences shot inside a metro. A similar addition was also made in Ajith’s version of the film. Vakeel Saab will see Shruti Haasan in an important role. Besides her, the film also stars Nivetha Thomas, Anjali and Ananya Nagalla reprising Taapsee Pannu, Kriti Kulhari and Andrea Tariang’s role from the original.

Promising a powerful and gripping legal thriller, the trailer features excerpts from the courtroom where we see Pawan Kalyan representing the movie’s three female leads while Prakash Raj is seen as the opposing counsel. Different versions of an incident are presented by both sides.

Going by the trailer, it also seems like this version has made some changes when compared to the original and that is an another reason for people to look forward to it as it promises new variations despite being a remake of a film that was widely watched.

The movie is slated for theatrical release on April 6. The makers of Vakeel Saab have released three singles from the movie so far. Sung by Sid Sriram, ‘Maguva maguva’ features illustrated visuals of inspiring female professionals from various fields and celebrates the success of women, while the second single ‘Sathyamev jayathe’ shows visuals of Pawan Kalyan fighting injustice. The romantic number ‘Kanti Papa’, the latest track released from the movie’s album, turns a spotlight on Pawan and Shruti’s relationship.