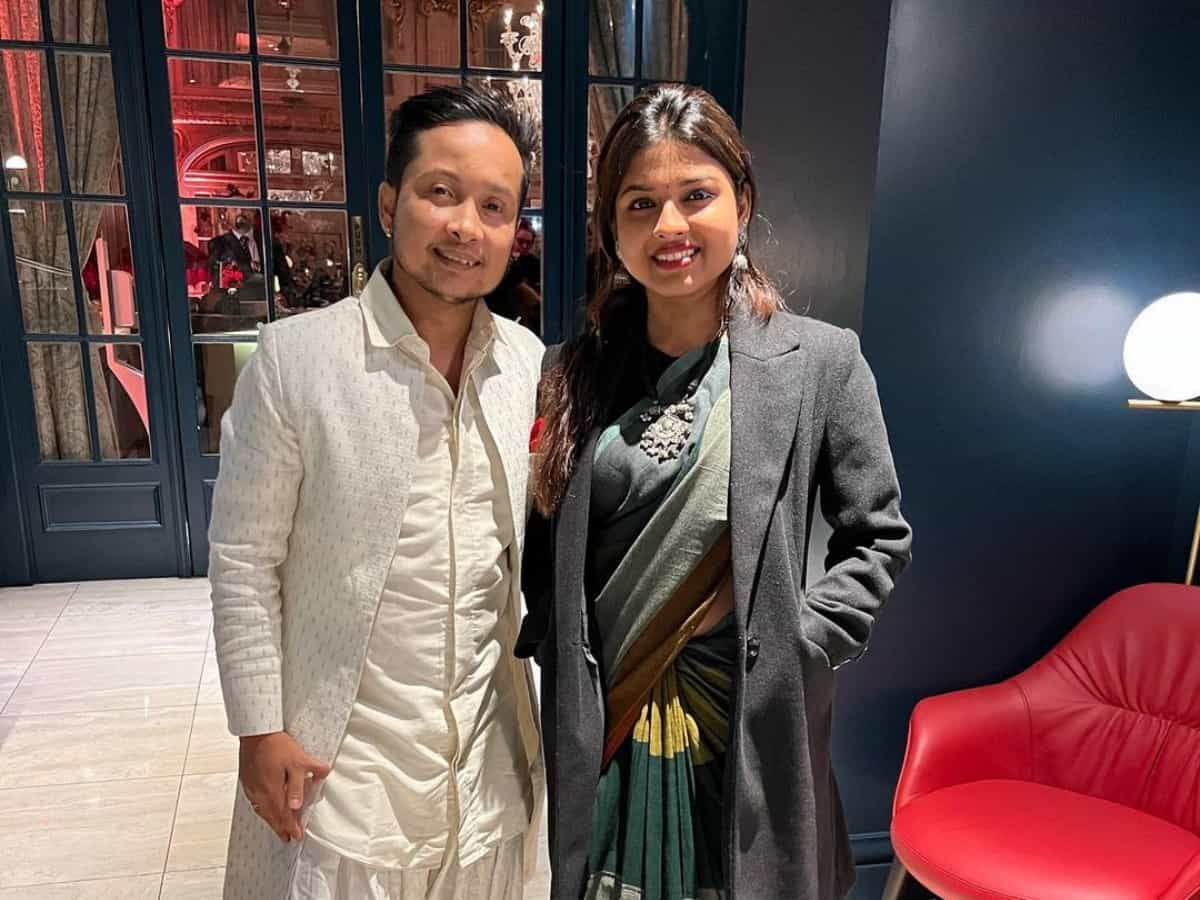 Mumbai: Indian Idol 12’s Pawandeep Rajan and Arunita Kanjilal are one of the current favourite jodis in the music industry. The two have become household names and garnered a massive fan following their stint on the singing reality show.

Pawandeep Rajan, Arunita Kanjilal and other Indian Idol 12 contestants are currently in London for the International music tour. Their pictures from the concerts and the trip have been doing rounds on internet.

On Friday, the Indian Idol 12 winner on took to his Instagram and shared a Diwali post which features himself and Arunita. “Wishing everyone a very happy diwali. Be positive, keep smiling,” he wrote, AruDeep fans are going gaga over their adorable click. Scrores of their admirers chimmed poured love in the comments section and even called them as ‘super jodi’.

In the photos, Pawandeep looked handsome in white ensemble while Arunita looked elegant in a saree with a stylish overcoat.

Post the music reality show, winner Pawandeep and runner-up Arunita continue to be in the limelight for their duets, appearances on various television shows, musical concerts and also for their sizzling off-screen chemistry. Their relationship rumours sparked off on Indian Idol 12. However, both of them have openely denied the same and said that they are just very good friends and singing partners.

The duo won millions of hearts for their very recent music video ‘Manzoor Dil’. It was sung by Pawandeep Rajan & Arunita Kanjilal themselves, lyrics written by Arafat Mehmood and music composed by Pawandeep Rajan and Ashish Kulkarni.