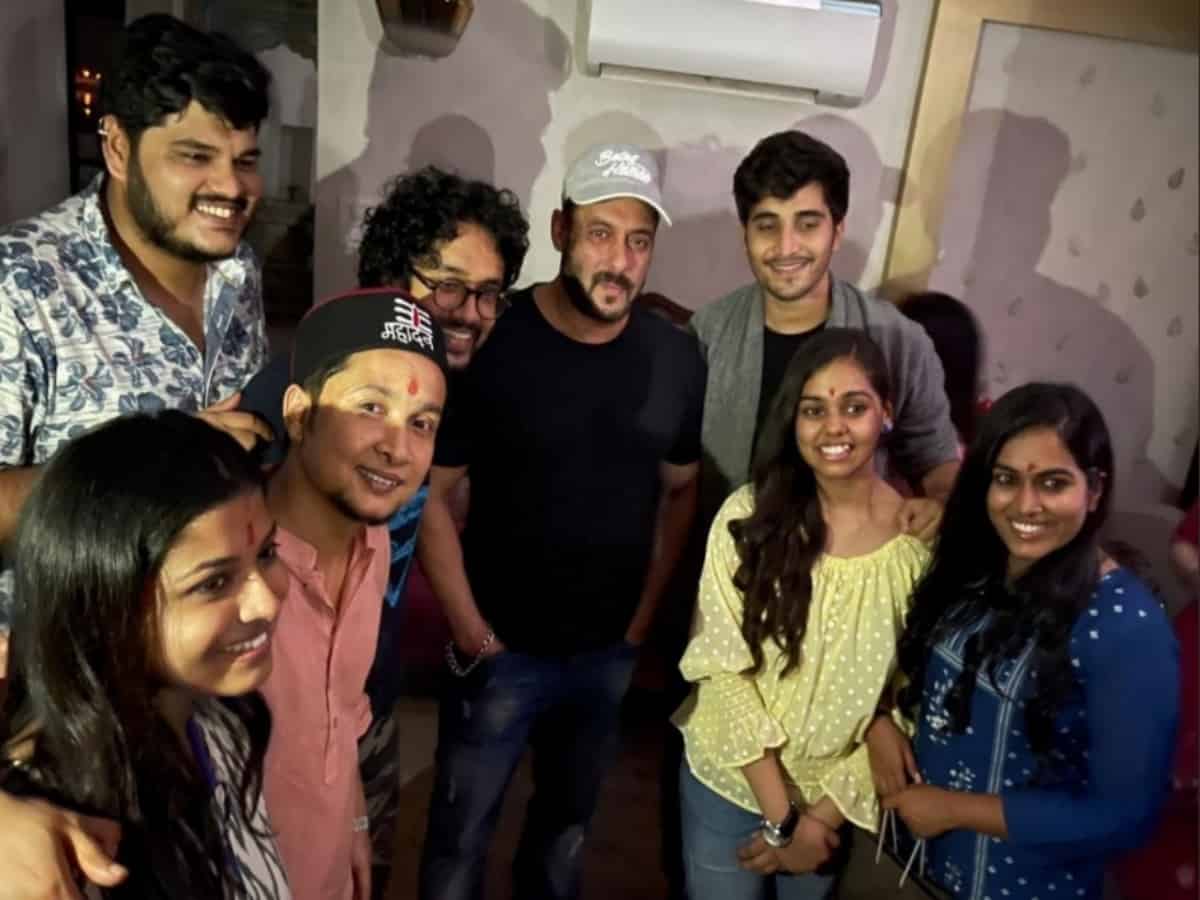 Pictures from the bash are going viral on social media where the singers were seen posing with Salman Khan and in another picture, Aashish Kulkarni and Pawandeep pose for a selfie with Mahesh Manjrekar.

Speaking to Indian Express, Pawandeep had ealier expressed that he is a huge fan of Salman Khan and would like to sing for him.

Indian Idol 12 finale was a 12-hour musical extravaganza which was aired on August 15. The first runner-up is Arunita Kanjilal followed by Sayali Kamble as the second runner-up. The fourth, fifth and sixth position is bagged by Mohd Danish, Nihal Tauro, and Shanmukhapriya.