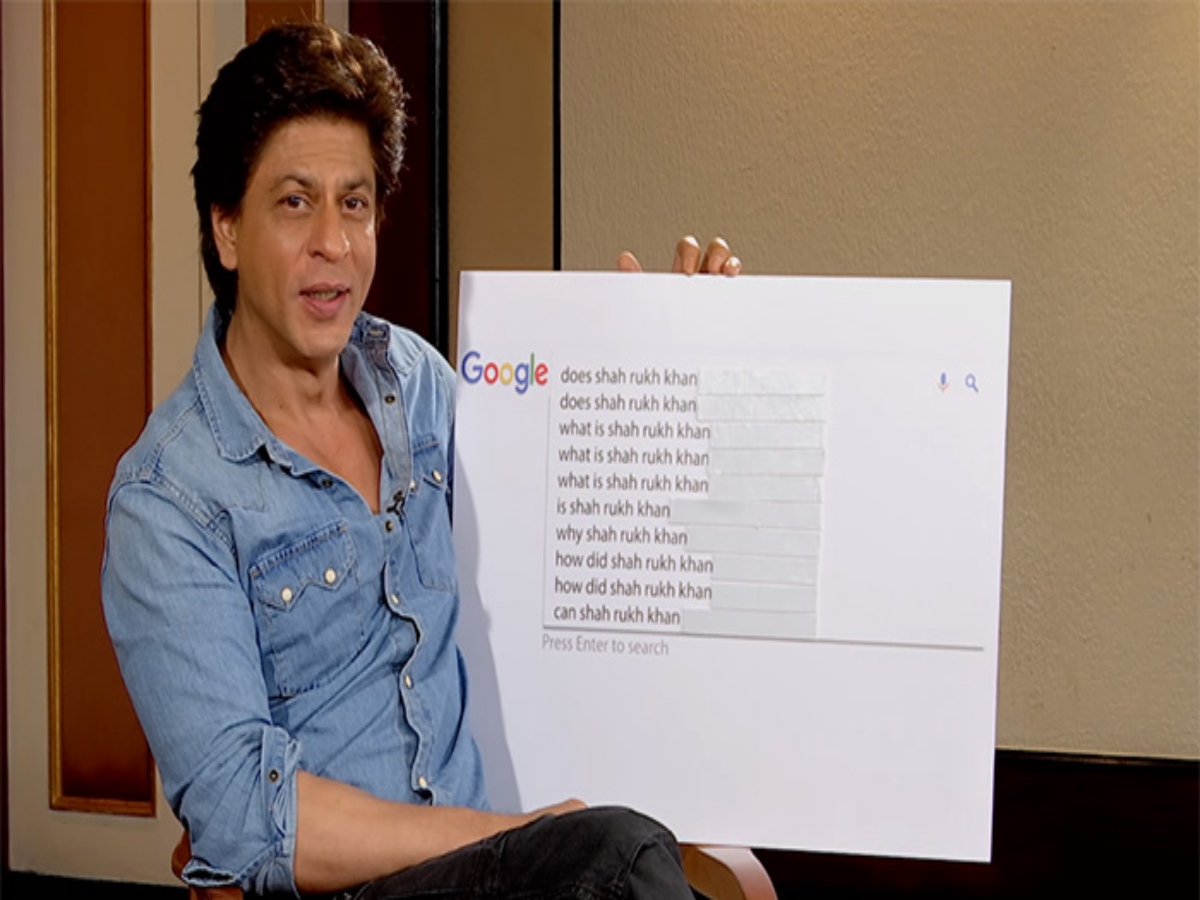 Mumbai: Bollywood superstar Shah Rukh Khan enjoys a huge fan following. He’s been nothing but a humble man, handling success with the most impeccable and effortless persona ever since the inception of his stardom. Apart from the films, SRK is known for his wit and humour.

The DDLJ actor is also appreciated for interacting with fans through various social media platforms, or from the terrace of his home, Mannat. Considering his popularity, he is undoubtedly one of the most searched Bollywood celebs on google, with fans dying to dig out the information about their favourite star.

Today, we have got our hand on one videos where SRK answered some of the most frequently googled questions about himself. From his phone number to real name, the Dilwale actor managed to answer them all, but with a pinch of wittiness and sarcasm.

List of most searched questions about SRK on google:

1. Does Shah Rukh Khan have a tattoo?

I don’t but I have it in my film Jab Harry Met Sejal – A big one right across my right shoulder and chest. But no, I don’t have one. I am scared of tattoos.

2. Does Shah Rukh Khan have a private jet?

Not as yet, but I am working on it. I am just waiting for that one 1000 crore film to come my way. As soon as I get it, the first thing I buy will be a private jet.

This is it. My grandmom wanted to name me Abdul Rahman but my dad wanted Shah Rukh Khan. I have been called many names on the Internet but then..this is my name.

The second last, I have heard but not the richest. I wish I was. I am quite a capitalist material kind of guy like that. I like good things in life but I don’t think I am the world’s richest actor.

Meanwhile, on the professional front, Shah Rukh Khan is gearing up make a grand comeback on big screen with Pathan opposite Deepika Padukone and John Abraham. He was last seen in 2018’s Zero alongside Anushka Sharma and Katrina Kaif.