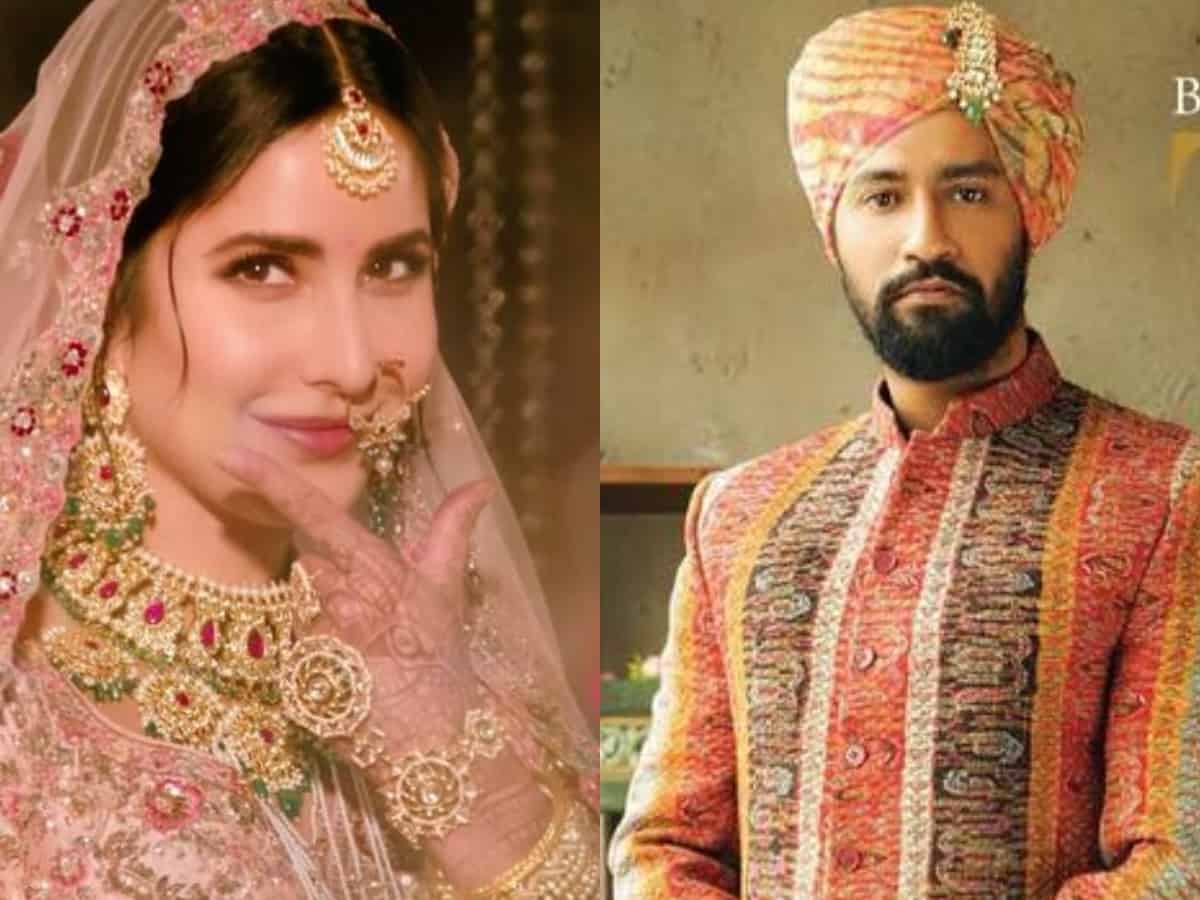 Mumbai: Katrina Kaif and Vicky Kaushal are leaving no stone unturned to make headlines with their wedding reports. It is being reported that the couple will have a court marriage in Mumbai next week. After this, their wedding rituals and other festivities will take place in at an exotic resort near Ranthambore, Rajasthan.

Buzz: Katrina Kaif, Vicky Kaushal to have a court marriage

Ever since reports of their roka-ceremony took internet by storm, there has been a never ending spree of speculative news, some outright fake and some backed with inside sources. Though an official announcement from the couple and their families is still awaited, fans are already sitting with a bated breathe to Katrina Kaif and Vicky Kaushal as bride and groom.

Vickat’s photos as bride and groom!

Fans are going gaga over their old photos in bridal avatar from their ad shoots and movies. As fan await their big fat wedding, we thought of piling up all those beautiful picture of #Vickat. Scroll down to see.

Vicky Kaushal and Katrina Kaif will be having a big fat wedding in Jaipur with family and friends in attendance. They reportedly had a huh-hush engagement ceremony at filmmaker Kabir Khan‘s home on Diwali.