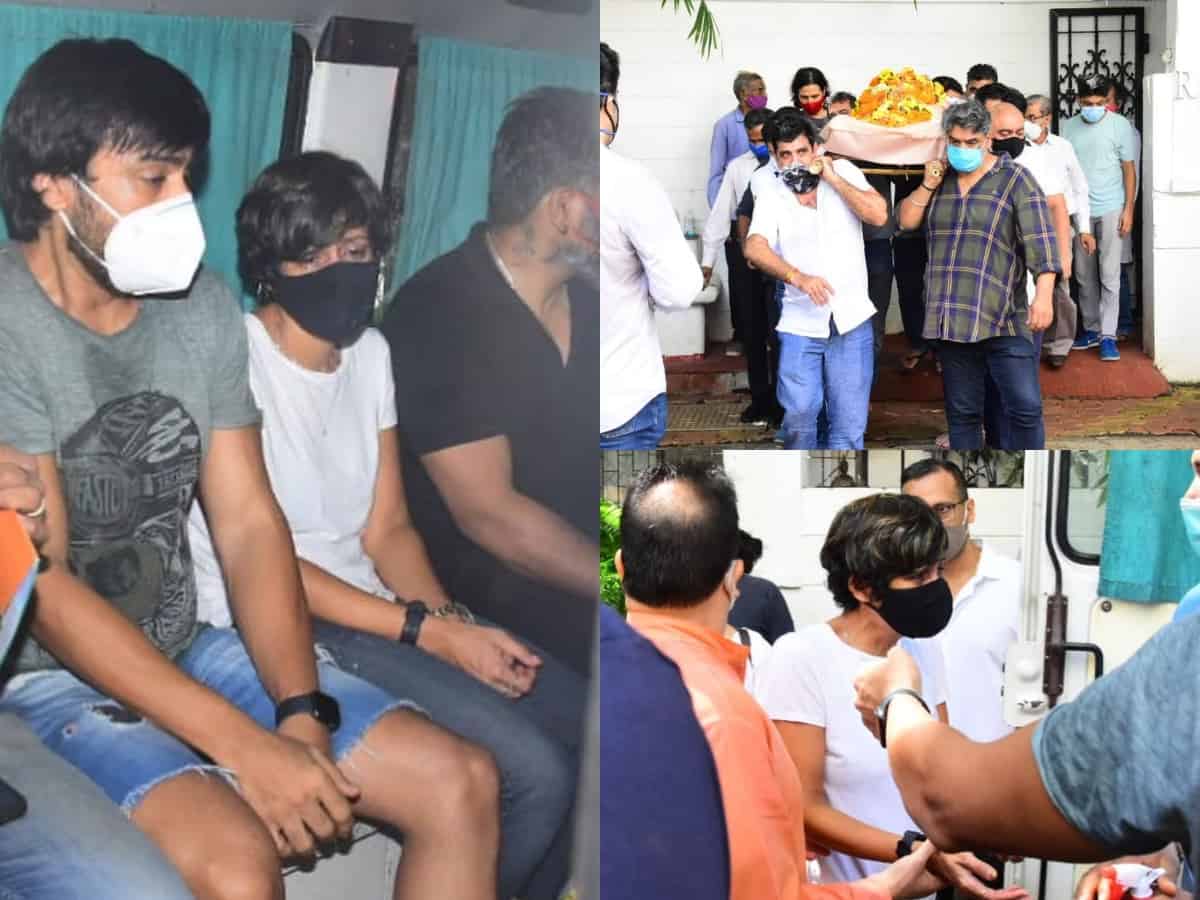 Mumbai: Filmmaker Raj Kaushal passed away in the wee hours of Wednesday following a cardiac arrest. He was in his 50s. Raj is survived by wife-actor Mandira Bedi and children Vir and Geeta. The news of his death was confirmed by filmmaker Onir on Twitter.

The last rites were conducted in Mumbai shortly after his death. Pictures and videos of Mandira, along with several of their friends and family members at the funeral, are surfacing online. Actor Ronit Roy, Samir Soni and Ashish Chowdhry were among the first ones to arrive at Kaushal’s house to pay their last respects.

In one of the heart-breaking video that was shared by Bollywood’s ace photographer Viral Bhayani on Instagram, Ronit can be seen consoling Mandira after she broke down.

The sudden demise of Raj Kaushal has sent shockwaves through the industry. Many celebrities ncluding Neha Dhupia, Manoj Bajpayee, Onir, Divya Dutta, Arshad Warsi and Tisca Chopra among others mourned the death of Kaushal on social media.

Raj Kaushal, who started his career in films as a copywriter, helmed three films in his career – Pyaar Mein Kabhie Kabhie, Shaadi Ka Ladoo and Anthony Kaun Hai. He was best known for producing the path-breaking film ‘My Brother… Nikhil.’ He started his own advertising production company in 1998 and went on to direct over 800 commercials.