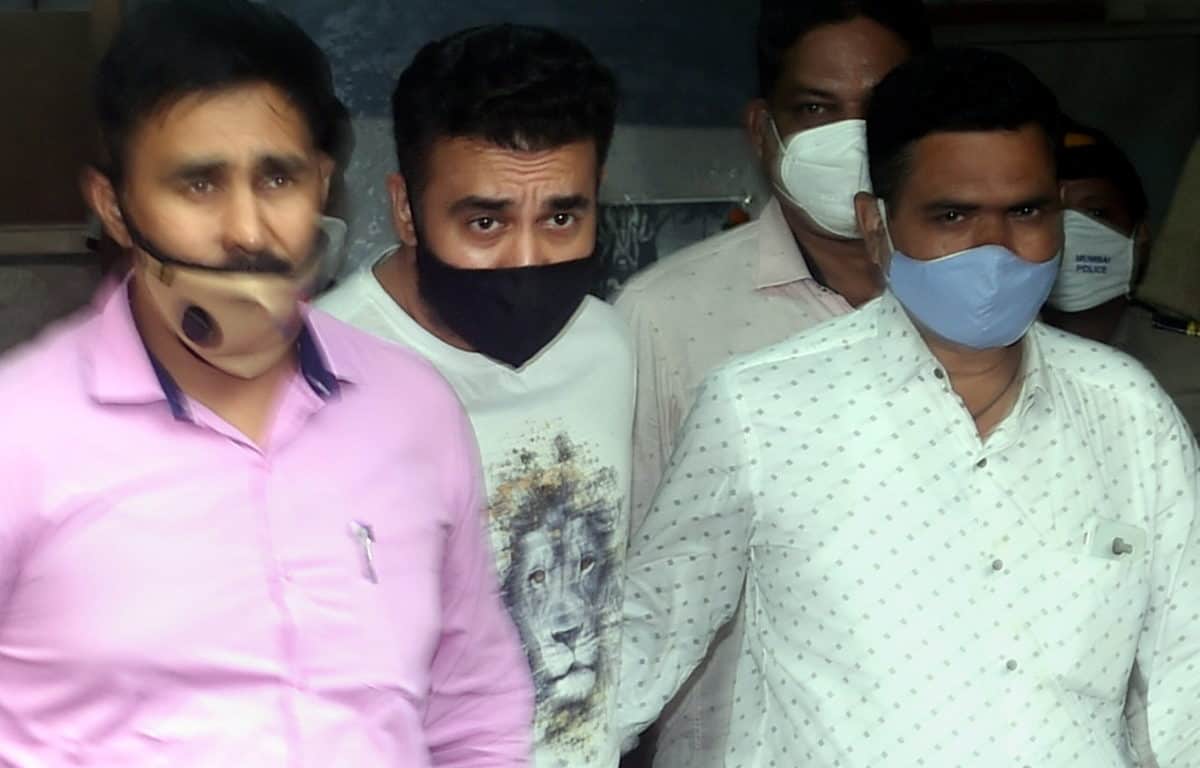 Kundra — husband of Bollywood actress Shilpa Shetty, was produced before a Mumbai court which declined the prosecution plea for extending his police custody by another seven days.

Among other things, the prosecution informed that the court that it had come across an amount of Rs 1.13 crore belonging to Kundra’s company in a private bank account which they wanted to probe further.

Opposing the remand plea, Ponda argued that Kundra’s custody is being sought in offences that are largely bailable barring two non-bailable charges.

He said that there was nothing new for which the prosecution was seeking to extend his custody and reiterated that if the police had summoned him (Kundra) he would have cooperated.

Ponda said that Kundra has applied for bail and his application will be taken up for hearing on Wednesday (July 28) before the Chief Metropolitan Magistrate’s Court.

Kundra has contended in his bail plea that he has been fully cooperating with the ongoing investigations and has already been in custody for long.

In a major swoop, the Mumbai Police arrested Kundra on July 19 in the sensational case of producing and distributing pornographic content through mobile applications.

Shilpa Shetty broke down, argued with Raj Kundra during raid

The police have also raided Kundra’s home in Juhu last Friday and recorded the statement of his wife Shilpa Shetty, besides summoning others, in the pornography case that first erupted in February and later international angles came to the fore.

The Mumbai Police have appealed to other victims to come forward and give information about the illegal acts committed against them and said they have already recorded statements of two aggrieved women.

Kundra has been charged with offences under various provisions of Indian Penal Code, IT Act and Indecent Representation of Women (Prohibition) Act.