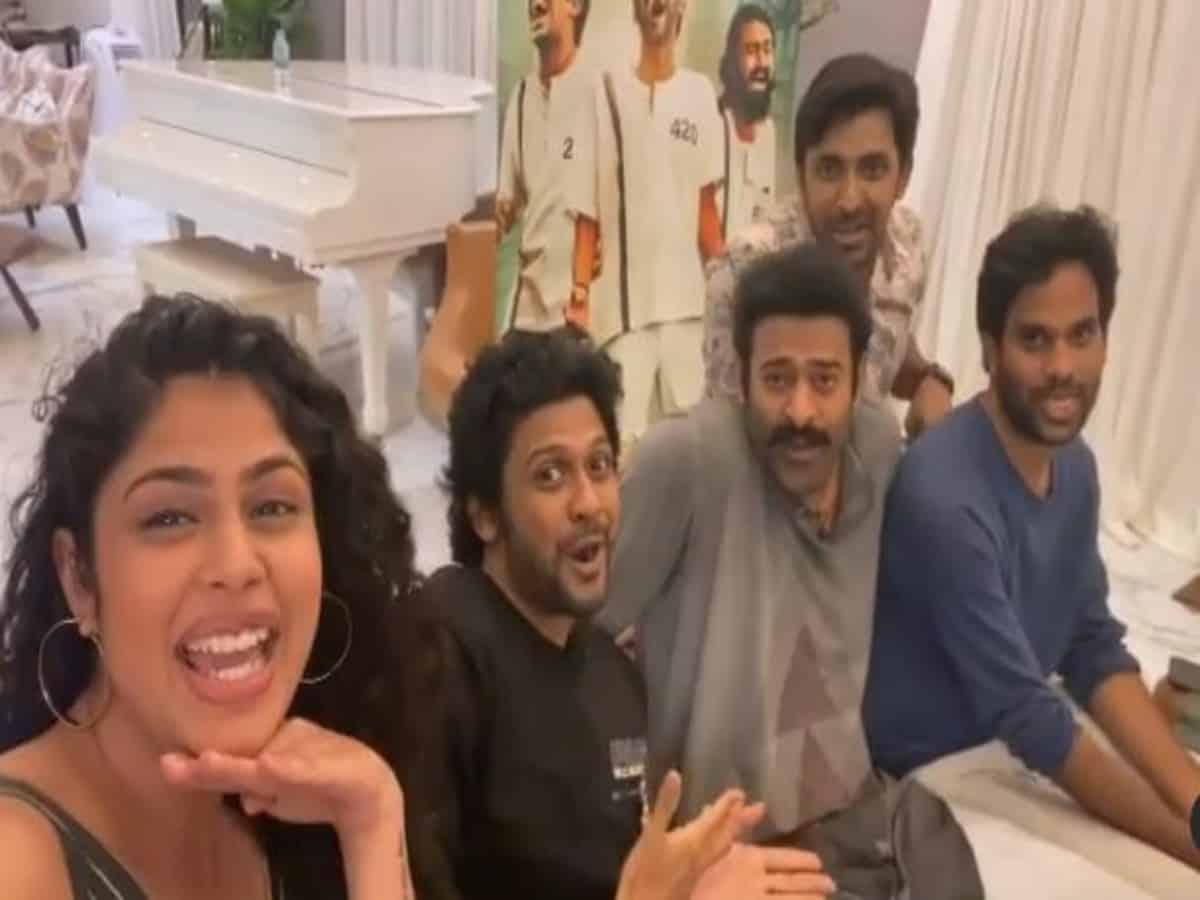 The Jathi Ratnalu team met Prabhas in Mumbai, who launched the trailer of their upcoming film. A video is doing rounds on internet where the cast and director of Jathi Ratnalu can be seen having a gala time with Prabhas. One can see in the video, the Baahubali star is sporting a twirled moustache and is seen in a lean look for Adipurush.

Jathia Ratnalu team went all the way from Hyderabad to Mumbai for the launch of their film. The fun video shows the team landing in Mumbai and how they feel before meeting Baahubali actor.

Sharing the video, Naveen Polishetty wrote, “#JathiRatnaluTrailer launch video by Prabhas Garu. Darlings special mee kosam. Oka love you and a special kiss for all of you from him. #JathiRatnaluTrailer coming today. Hope u will love it darling ratnalu.”

Meanwhile, on the professional front, Prabhas is shooting for his much-awaited upcoming movie Adipurush which also stars Saif Ali Khan in the antagonist role. He also has ‘Radhe Shyaam’ in his kitty starring Pooja Hegde in the female lead.