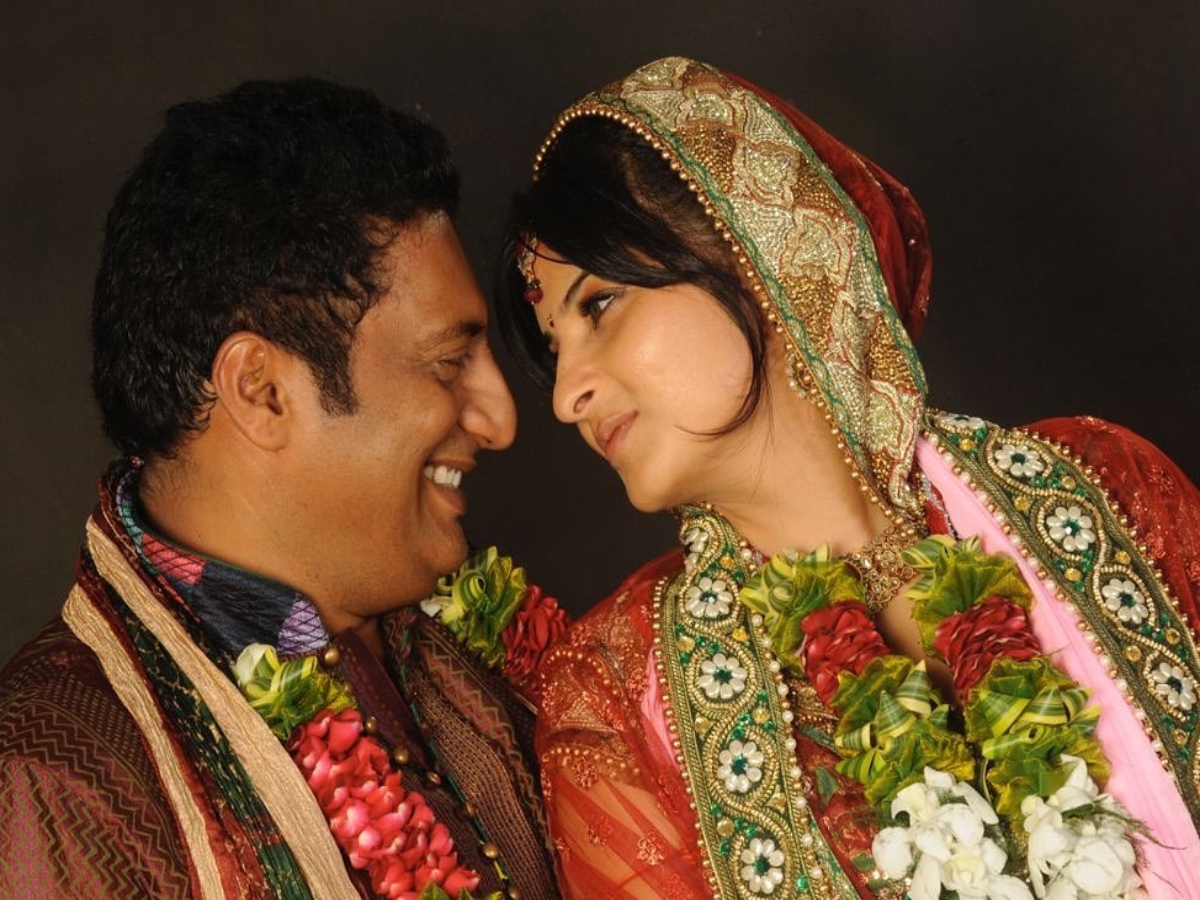 Hyderabad: Actor Prakash Raj celebrated his 11 years of togetherness with wife Pony Verma on Tuesday, August 24 in a unique style. The couple got married again on their 11th wedding anniversary to fulfill their son Vedhant’s wish, who wanted to see his parents get married in front of him.

His daughters Meghana and Pooja, from his first marriage, were also present. Taking to Twitter, shared some beautiful pictures from the celebrations and wrote, “We got married again tonight..because our son #vedhant wanted to witness it.”

The photos from the celebration which are surfacing online screamed happiness and joy. The couple looked soaked in love for each other and gave some major relationship goals. Their son Vedhant looked overjoyed seeing his parents getting married again.

Prakash Raj shared another photo of him and Pony from their wedding on social media and wrote, “It turned out so right.. for strangers in the night .. thank you, my darling wife .. for being a wonderful friend.. a lover and a great co-traveller in our life together.”

Pony Verma too took to her Instagram and shared a video filled with her loved-up pictures with Prakash. She wrote, “11 years & we haven’t killed each other ♥️♥️♥️♥️ To the stranger who is my everything now !!! #weddinganniversary #11thweddinganniversary #11yearsoftogetherness.”

Prakash parted ways with his first wife Lalitha Kumari in 2009 and got married to Pony Verma in 2010.

Meanwhile, in terms of work, Prakash Raj was last seen in Edhiri, a segment in Navarasa. The actor is shooting for Mani Ratnam’s magnum opus, Ponniyin Selvan-I in Madhya Pradesh. He will also be seen on Yash starrer KGF: Chapter 2.