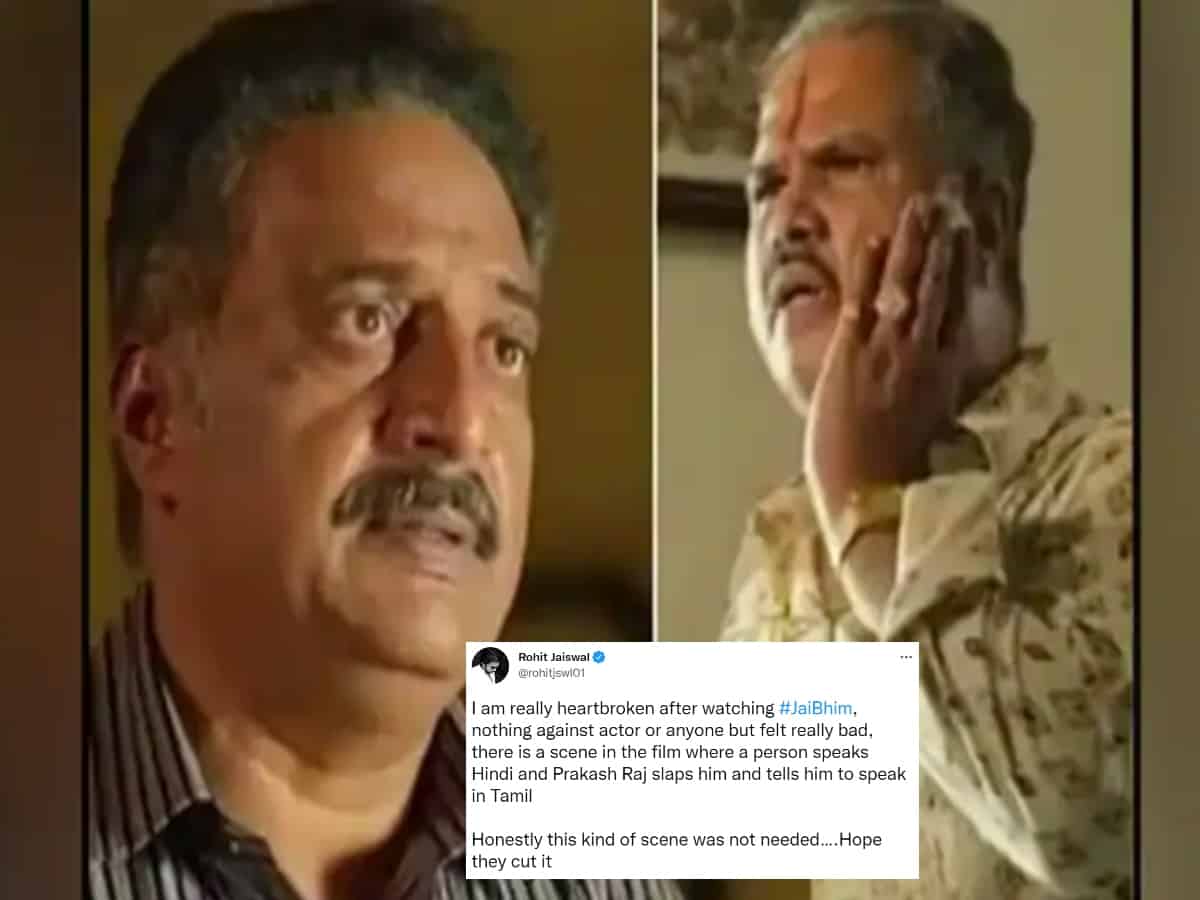 The scene in which Prakash Raj is shown slapping a Hindi-speaking pawn broker, asking him to speak in Tamil instead, has not gone down well with a section of the audience, who took to Twitter to express their displeasure.

One user tweeted, “I am really heartbroken after watching #JaiBhim, nothing against actor or anyone but felt really bad, there is a scene in the film where a person speaks Hindi and Prakash Raj slaps him and tells him to speak in Tamil. Honestly this kind of scene was not needed. Hope they cut it.”

“We wait for Tamil films. We support them, we request the makers to release it Pan India, in return we don’t want anything but just love. If not love then at least not humiliation,” he added.

While one segment took exception to it, another segment pointed out that the police officer’s character (played by Prakash Raj in the film) only asks the pawn broker’s character to speak in Tamil because of the latter’s efforts to use language as an instrument to obfuscate the truth and his involvement in the crime.

“The scene is not against Hindi-speaking Indians. The particular character tries to get away by speaking in Hindi (so that Prakash Raj wouldn’t understand) and knowing this strategy, he slaps him and asks him to speak in Tamil. Tamil filmmakers are not against the Hindi language ,” wrote one film critic in response to the tweet by the user.

The debate also saw some people venting their ire at actor Prakash Raj, who played the character of the police officer.