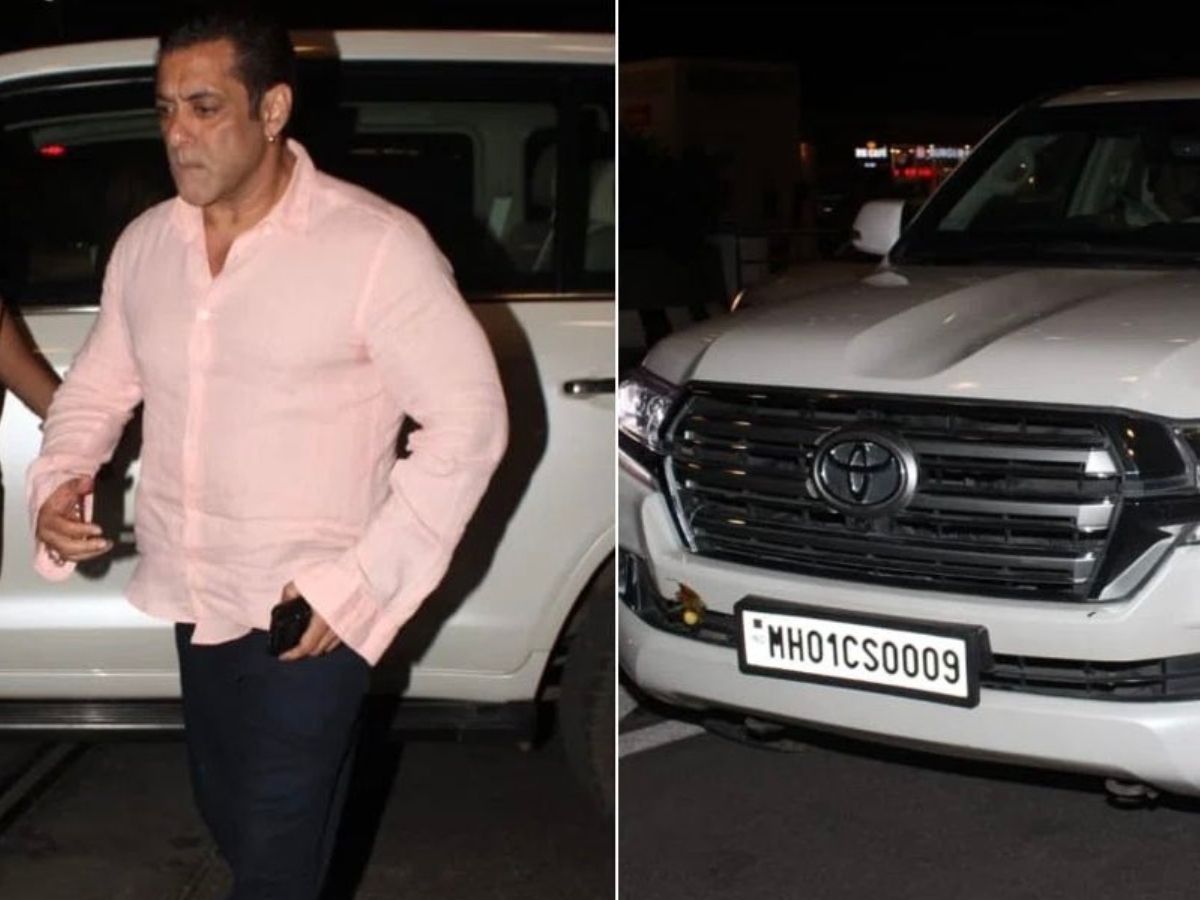 Mumbai: Following Sidhu Moose Wala’s brutal murder on May 29, Superstar Salman Khan has been facing death threats from the gangster Lawrence Bishnoi due to which he has tightened his security. In the past two months, Salman and his family have taken all precautionary measures to avoid any risk.

In fact, he recently got a gun license for self-protection. Furthermore, we had earlier reported that he has replaced his car with a bulletproof Toyota Land Cruiser. Well, looks like his latest car featuring armor came at a high price.

Scroll ahead to have a look at the price of the car which is keeping Salman Khan safe and secure.

Toyota Land Cruiser comes with a special stamp of reliability which is the ‘Toyota’s proven bullet-proof reliability’ thus making it a top choice for Salman Khan. Reportedly, it is worth Rs. 1.5 crore.

In a video that is now going viral, Salman Khan was spotted coming out of the car during his recent visit to the airport. When he comes out of the car, the video shows that Salman had a barrage of security personnel accompanying him.

For the uninitiated,  Salman Khan has been under Lawrence Bishnoi’s radar ever since the former got arrested in the blackbuck poaching case in 2007. However, the danger around him intensified when his father Salim Khan received an anonymous threat letter in Mumbai’s Bandra Bandstand promenade which read, “Tumhe Moose Wala jaisa kar denge (Will make you like Moose Wala).“

Meanwhile, on the professional front, Salman Khan is all set for ‘Tiger 3’ with Katrina Kaif and Emraan Hashmi. He also has ‘Godfather’, ‘Pathaan’, and ‘Kabhi Eid Kabhi Diwali’ in the pipeline.