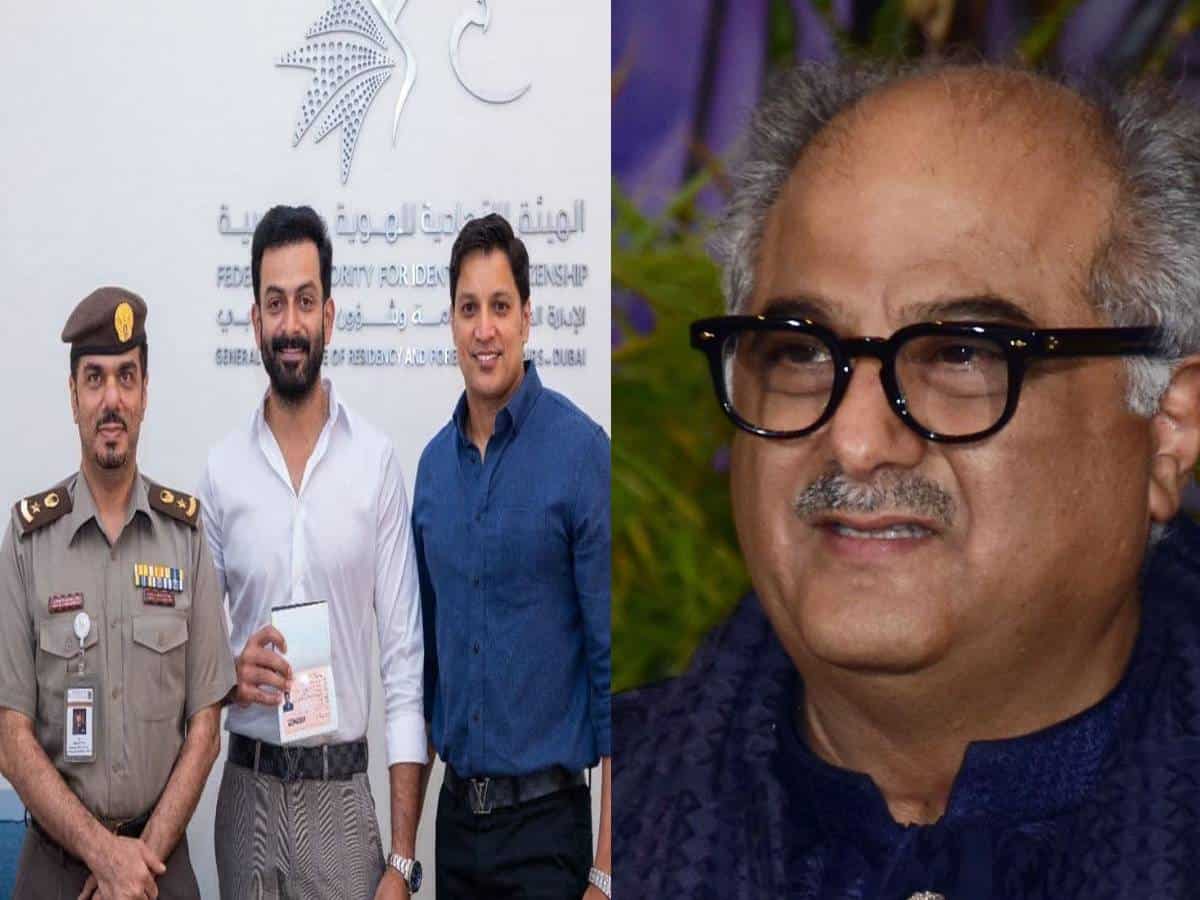 Abu Dhabi: There are many Indian celebrities who have been granted the United Arab Emirates (UAE’s) golden visa including Shah Rukh Khan, Sanjay Dutt, Suniel Shetty, Mammootty, Mohanlal, and Tovino Thomas. To add to the list, Malayalam actor Prithviraj Sukumaran, and Hindi film industry’s producer Boney Kapoor and his family have also been granted the prestigious golden visa.

Malayalam actor, director, producer and playback singer Prithviraj Sukumaran has received the golden visa by the UAE government for the next ten years. Prithviraj is the fourth Mollywood actor to get the golden visa.

The 38-year-old actor took to Instagram and expressed his gratitude.

Gold is his upcoming film, shooting for which will start soon. The film by director Alphonse Puthren stars Prithviraj and Nayanthara.

Indian film producer Boney Kapoor on Tuesday said he and his family has received the 10-year golden visa from the UAE government.

The golden visa was created by the UAE government in 2019 which allows foreigners to live, work and study in the country without the need of a national sponsor and with 100 per cent ownership of their business on the UAE mainland.