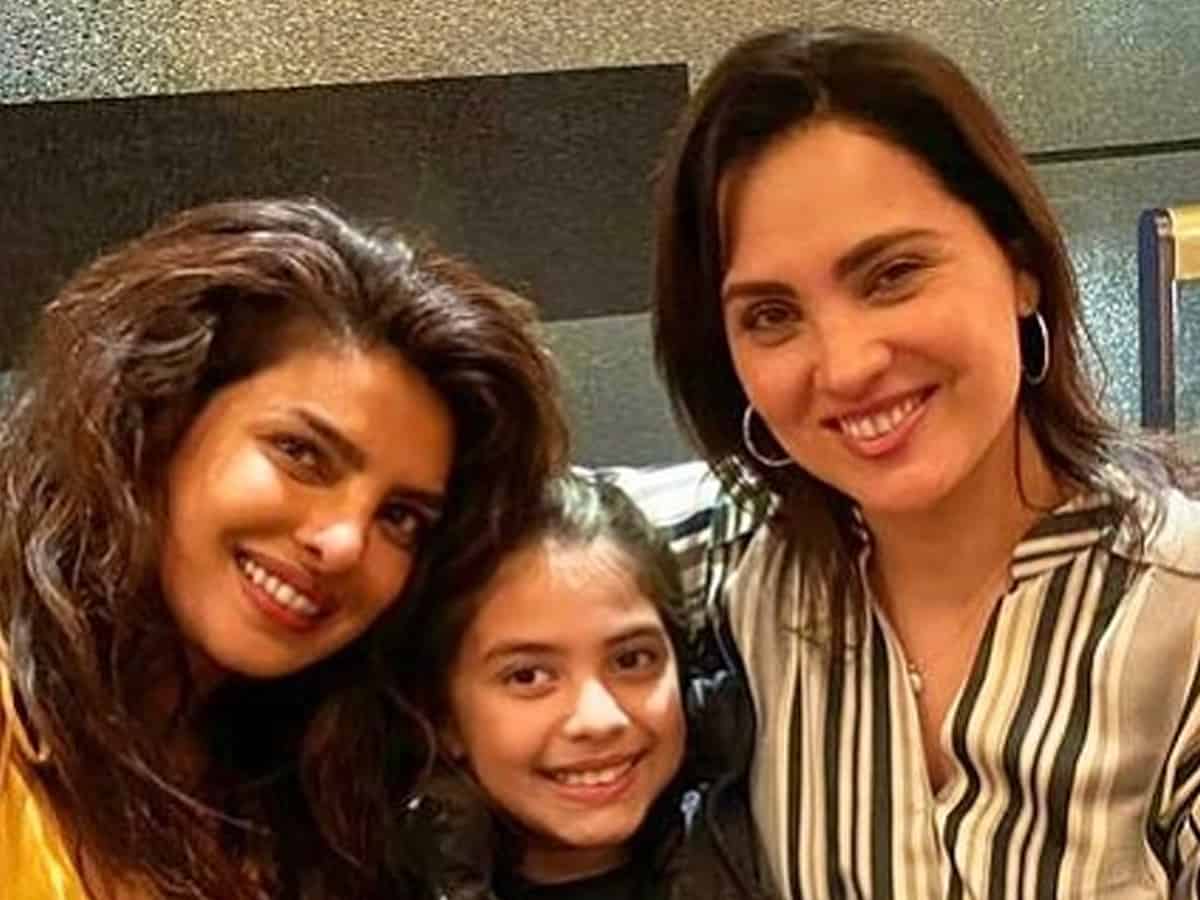 New Delhi: Global star Priyanka Chopra on Saturday met her long-time friend actor Lara Dutta and celebrated the 21 years of friendship they both share, in London.

Taking to her Instagram handle, PeeCee shared an adorable picture featuring herself with Lara and her daughter Saira.

Sharing the picture, she wrote a heartfelt note in the caption that read, “21 years and counting.. friendships that can pick up at any given time… @larabhupathi and her most shining star. Saira you’re definitely your mums daughter. Adore you. So much love for these ladies. And so many memories. Also Missed you #Pradeepguha.”

For the unversed, Priyanka and Lara have been friends for 21 years since meeting each other at Miss India 2000 pageant.

This created history as in the same year India won two big titles at the international pageant.

Kareena Kapoor Khan reacts to trolls on salary hike, says ‘respect should be given’

After the pageant wean, both the divas starred together alongside superstar Akshay Kumar in the 2003 romantic film ‘Andaaz’.

Speaking about Pradeep Guha, the late producer was both Priyanka and Lara’s mentor at the Miss India pageant. Both the actors expressed grief over the demise of the former in their social media posts.

On the other hand, Priyanka has an impressive lineup of projects in her kitty that includes the much-awaited film ‘Matrix 4’. Apart from that, she will also be seen in ‘Text For You’ and recently announced Bollywood film ‘Jee Le Zaraa’ with Alia Bhatt and Katrina Kaif, which will mark actor-filmmaker Farhan Akhtar’s return as a director.

She is currently in London for the shoot of her upcoming series ‘Citadel’.