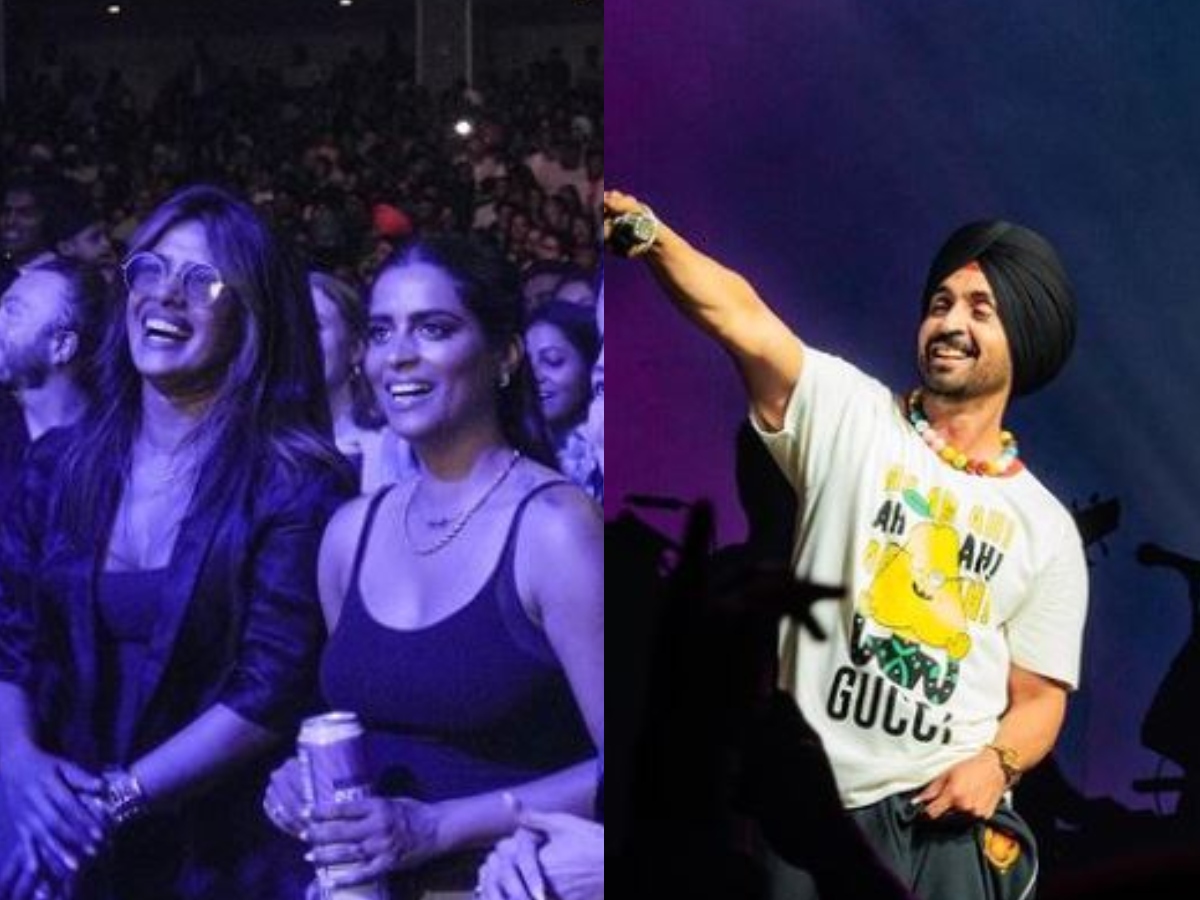 Taking to Instagram, Priyanka Chopra dropped some fun videos and pictures from the concert and shared her experience watching Diljit perform.

“There are a few things that will warm your heart as much as a taste of home. Also, when your people are in town! You show the F up!! I had a much-needed super fun night out watching @diljitdosanjh doing what he does best! He had the audience wrapped around his finger! None of us sat even for a moment! You’re such a superstar, @diljitdosanjh,” Priyanka Chopra wrote.

She added, “I highly recommend you get tickets to Diljit’s current tour! Also, kudos to the team that made it so comfortable and awesome for my friends and me! Thank you, @lilly, for always having the best ideas for nights out! Lots of Love! PS- watch us trying to outdo respecting each other! I’ll bow lower! Lol! #DesiThings #DesiCrew”.”

At the event, Priyanka Chopra and Lilly Singh twinned in black outfits. While Priyanka wore a black dress underneath a black blazer with tinted glasses, Lilly opted for a black look in a tank top.

In one of the clips, the two were seen singing as they made most of their time at the concert.

A few pictures show the three of them trying to outdo respecting each other by bowing lower.

Meanwhile, on the work front, Priyanka Chopra will be seen in international projects such as ‘It’s All Coming Back To Me’, and the series ‘Citadel’. Produced by Russo Brothers, ‘Citadel’ will hit the OTT on Prime Video.

The upcoming sci-fi drama series is being directed by Patrick Morgan and stars Richard Madden alongside Priyanka.

In Bollywood, Priyanka Chopra will be starring with Alia Bhatt and Katrina Kaif in Farhan Akhtar’s ‘Jee Le Zaraa’, which promises to be another tale of friendship following the lineage of ‘Dil Chahta Hai’ and ‘Zindagi Na Milegi Dobara’, both of which have become cult classics over the years.’Jee Le Zaraa’ is reportedly going on floors around September 2022 and will be ready for release in the summer of 2023.