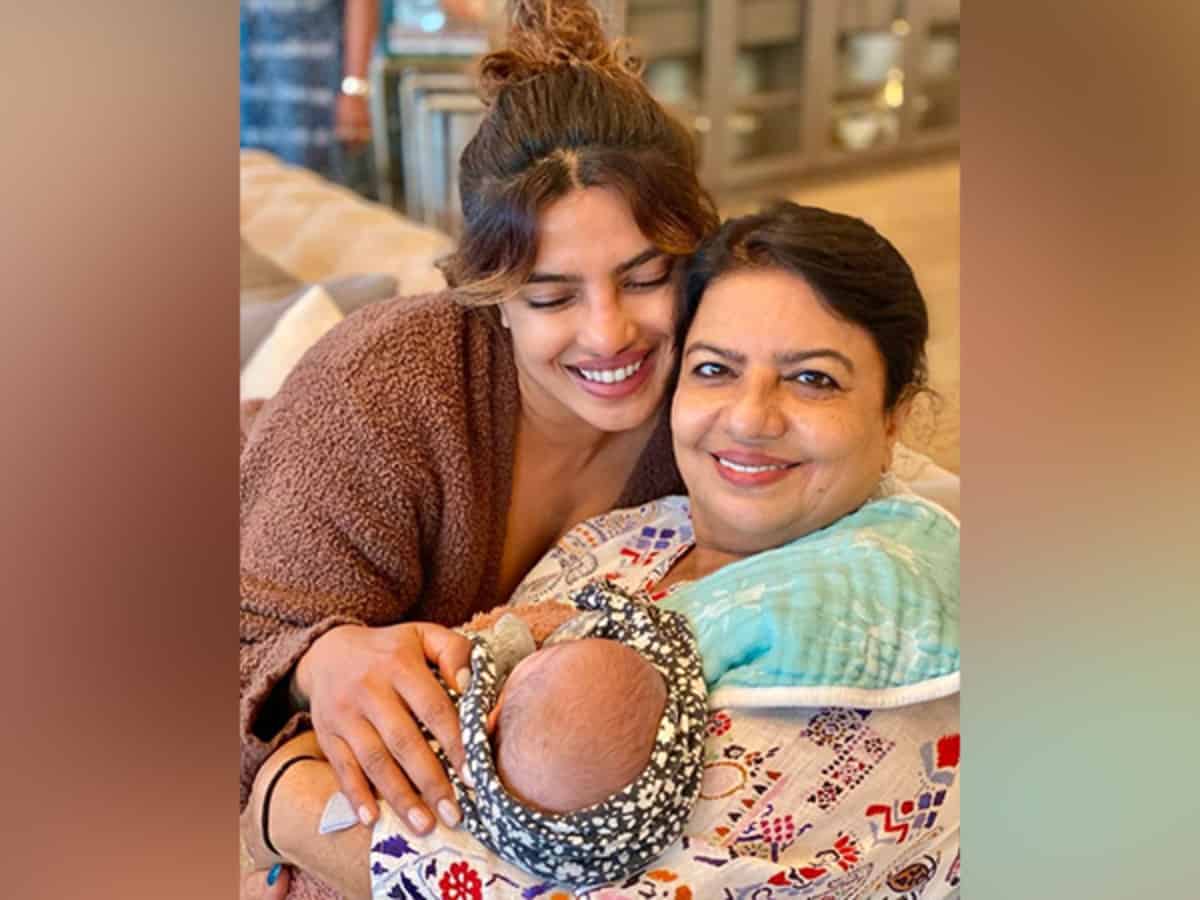 Taking to Instagram story, Priyanka Chopra dropped a string of images of Malti.

In the first picture, the little one is seen lying on her stomach with a book kept in front of her.

“Sundays are for reading,” the doting mommy Priyanka Chopra captioned the post.

The other image features baby Malti sleeping on a mattress with three dogs sitting by her side. Sharing the photo, Priyanka Chopra wrote, “All my babies. Perfect Sunday.”

In the third story, we can see Malti donning a white t-shirt with her pet dogs’ pictures imprinted on it.

The words ‘protected by Gino, Diana & Panda’ are written on the Malti’s outfit.

Priyanka Chopra hasn’t yet revealed Malti’s face. She has been sharing her pictures by hiding the baby’s face with emojis.

Priyanka Chopra and Nick Jonas got married in a Christian and a Hindu ceremony in Jodhpur’s Umaid Bhawan Palace on December 1 and 2 in 2018. Later, the couple also hosted two receptions in Delhi and Mumbai. The two are parents to a daughter named Malti Marie. In January 2022, the two announced that they welcomed daughter Malti Marie via surrogacy.

Meanwhile, on the work front, Priyanka Chopra will be seen in international projects such as ‘It’s All Coming Back To Me’, and the series ‘Citadel’. Produced by Russo Brothers, ‘Citadel’ will hit the OTT on Prime Video. The upcoming sci-fi drama series is being directed by Patrick Morgan and stars Richard Madden alongside Priyanka.

In Bollywood, Priyanka Chopra will be starring with Alia Bhatt and Katrina Kaif in Farhan Akhtar’s ‘Jee Le Zaraa’, which promises to be another tale of friendship following the lineage of ‘Dil Chahta Hai’ and ‘Zindagi Na Milegi Dobara’, both of which have become cult classics over the years. ‘Jee Le Zaraa’ is reportedly going on floors around September 2022 and will be ready for release in the summer of 2023.