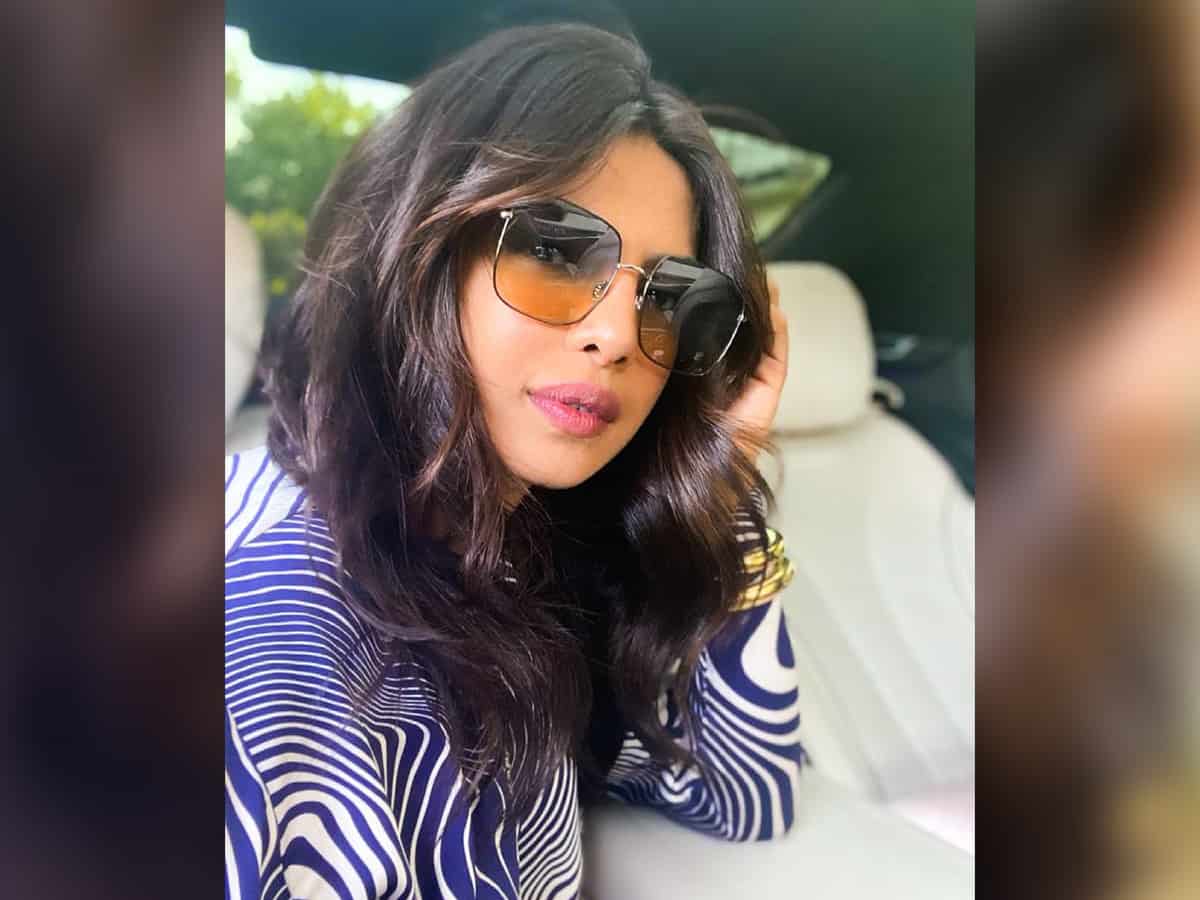 Washington: Global star Priyanka Chopra Jonas, on Saturday, shared a photo from her fun night out in London with the incredible actor Sandra Oh, along with some of the cast of Marvel’s upcoming film ‘Shang Chi and The Legend of The Ten Rings’ that includes Awkwafina and Michelle Yeoh.

Flaunting her Asian pride, Priyanka seemed to be having a gala time with the brilliant multifaceted actors ahead of the film’s global release. The ‘Baywatch’ actor shared the photo on her Instagram handle and in the caption, wrote, “When u get a seat at the cool kids’ table. #queens #asianpride.”

In the photo, the girl gang could be seen smiling joyfully while posing for the groufie. The post garnered more than 3 lakh likes with an hour of being shared.

In ‘Shang Chi and The Legend of The Ten Rings’, which is the first Asian superhero film for the studio, Awkwafina will be seen playing Katy and Michelle will portray Jiang Nan.

The film features Simu Liu as Shang Chi in the lead, which explores the narrative of a young Super Hero whose journey of self-discovery unfolds in this never-before-seen origins story.

Produced by Marvel Studios and distributed by Walt Disney Studios Motion Pictures, it is intended to be the 25th film in the Marvel Cinematic Universe (MCU). Directed and co-written by Destin Daniel Cretton, ‘Shang-Chi and The Legend of The Ten Rings’ will soon be in Indian theatres.

Separately, on the work front, Priyanka has been shooting in London for her upcoming show ‘Citdel’, which is a spy-thriller directed by The Russo Brothers. It stars Priyanka and ‘Game of Thrones’ fame actor Richard Madden in lead roles.

Priyanka will next be seen in ‘Text For You’ which also features Celine Dion and Sam Heughan in the lead roles. Apart from that, she will also be seen in ‘Matrix 4’ and the recently announced Bollywood film ‘Jee Le Zaraa’, which will mark actor-filmmaker Farhan Akhtar’s return as a director.