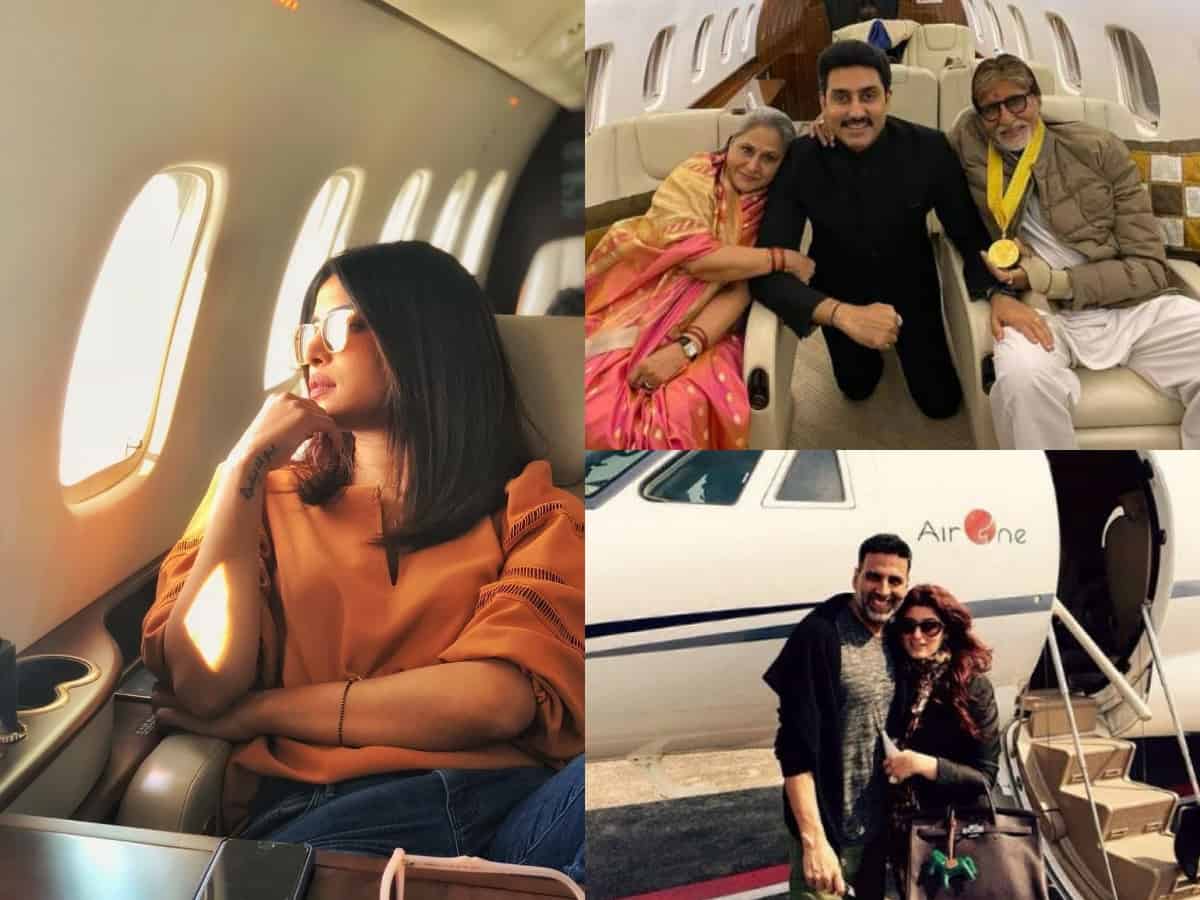 Mumbai: Apart from their performance on screen, Bollywood celebrities are known for their lavish lifestyles. They often boast the exquisite collection of watches, cars and other expensive things they own. From massive net worth to lavish yet luxurious homes, celebrities always flaunt what they own.

One of those expensive things in their life is the swanky private jets. From Priyanka Chopra, Akshay Kumar to Amitabh Bachchan, here’s list of B-town stars who own private jets.

International sensation Priyanka Chopra often keeps shuffling between US, India and London in her private jet. She gave us a sneak-peek into her luxurious toy many a times.

Shilpa Shetty Kundra and her husband Raj Kundra are known for their lavish lives. They use only their private jet for personal travels to their properties around the world.

Skim through the list of most outrageous and expensive things owned by celebrities, you will find Akshay Kumar’s name in it. He is one of the highest paid actors, Akshay Kumar is the most punctual stars in tinsel town. His private flying machine helps him keep to the stringent timelines, all while staying comfortable.

The world got to know about Sunny Leone’s private jet when the star revealed in 2017 that her husband Daniel Weber and she had survived a life-threatening disaster onboard. She had written, “Thank the lord we are all alive! Our private plane almost crashed through bad weather.”

Veteran superstar Amitabh Bachchan rarely makes an appearance at the airport as he often travels by his private jet. A couple of years ago, Abhishek Bachchan shared a glimpse of it when Big B received the prestigious Dadasaheb Phalke Award.

As per reports, Ajay Devgn owns a Hawker 800 plane which is a six-seater jet. He is often seen travelling in his private jet with his family or co-stars sometimes. He also uses the private plane for shootings and personal trips.

Also known as King Khan of B-town, superstar Shah Rukh Khan truly believes in living life, king size. He might have struggled his way out in the initial phase of his career but with his sheer hard work, passion and determination, he’s successfully managed to achieve all that he’s desired for himself and his family. He reportedly also has a private jet. In 2016, SRK had joked with a leading daily saying, “I want to buy a plane but I don’t have money.”