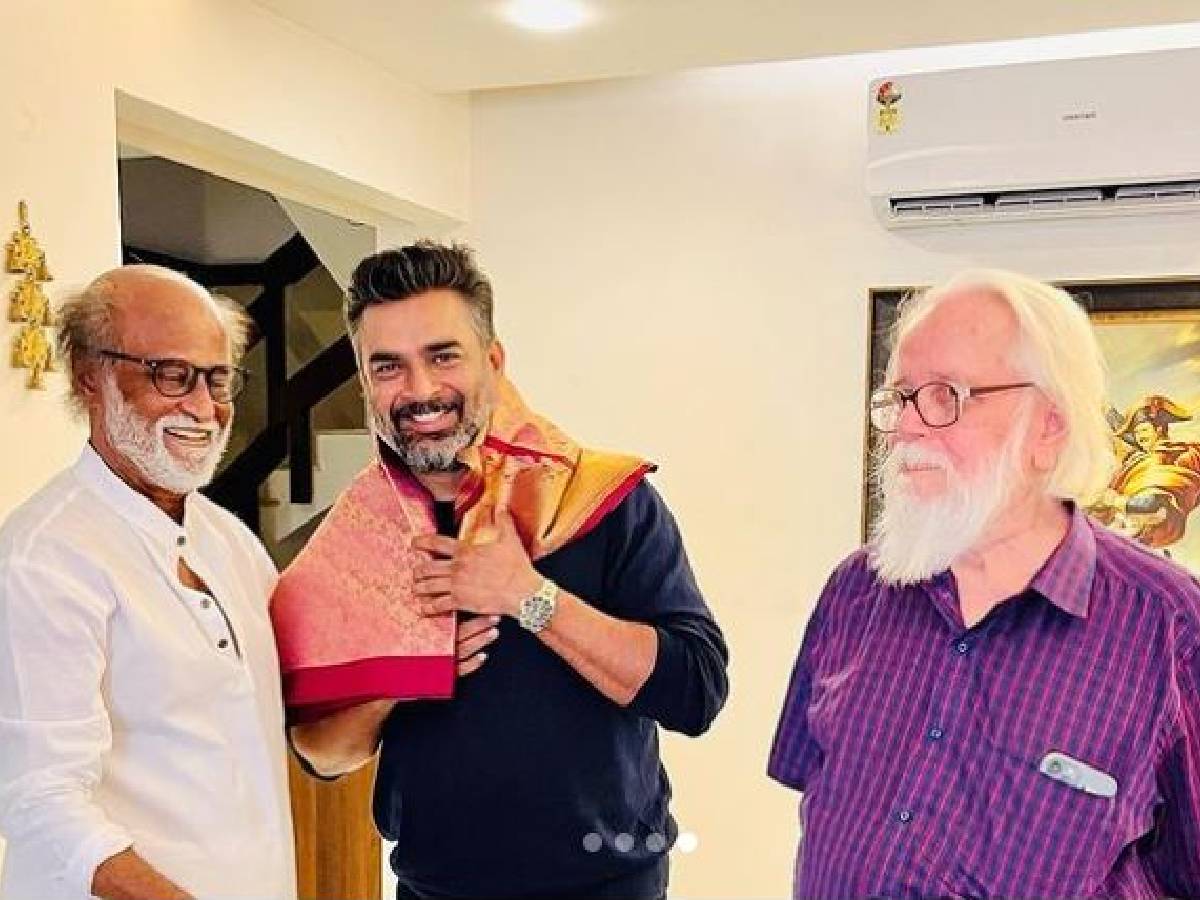 Chennai: Actor R Madhavan along with scientist Nambi Narayanan, on whose life the film ‘Rocketry: The Nambi Effect‘ is based, met superstar Rajinikanth and took his blessings.

Sharing a video clip of their meeting on social media, an elated R Madhavan wrote, “When you get the blessings from a one-man industry and the Legend himself in the presence of Nambi Narayanan, it’s a moment etched for eternity. Thank you for your kindest words on ‘Rocketry’ and the affection, Rajinikanth sir. This motivation has completely rejuvenated us. We love you.”

Actor Rajinikanth had lauded ‘Rocketry: The Nambi Effect’, saying everybody in general and youngsters in particular must watch it. The superstar had tweeted in Tamil, saying, “‘Rocketry’ – A film that everybody must watch, especially youngsters. Madhavan, in his debut attempt as director itself, has through his realistic acting and filmmaking proved that he is among the finest directors. My heartfelt thanks and congratulations to Madhavan for having given a film like this.”

‘Rocketry: The Nambi Effect’ traces the life of Indian scientist Nambi Narayanan, a former ISRO scientist and aerospace engineer who was caught in the throes of a spy scandal.

The biographical drama, which was shot in multiple languages simultaneously including Hindi, Tamil, and English, unveils the truth behind the mystery.

R Madhavan, who plays Nambi Narayanan in the film, has also directed, produced and written it.