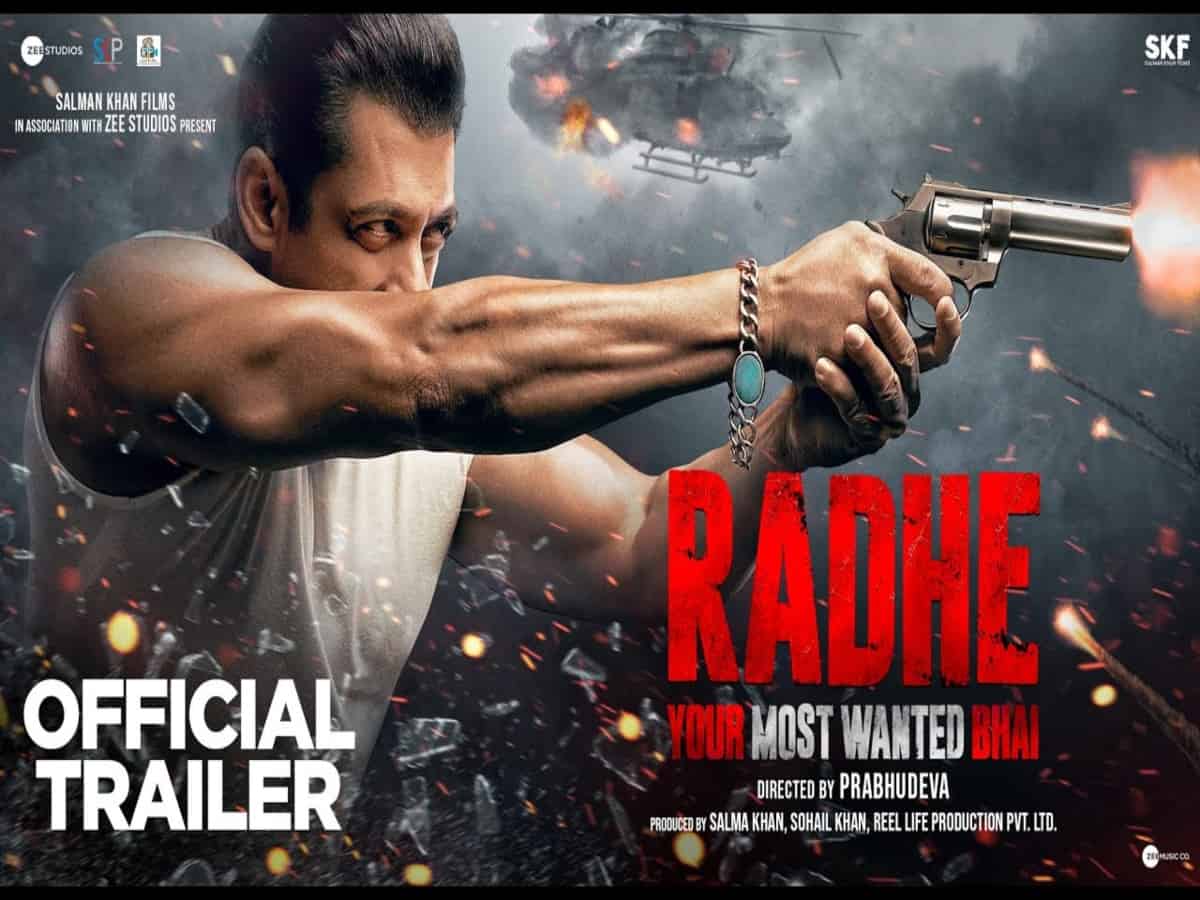 Mumbai: The makers of one of the most-awaited films of Salman Khan ‘Radhe: Your Most Wanted Bhai’ unveiled the trailer today. On Wednesday, April 21, it was confirmed that Radhe will be released in theatres along with other multiple platforms on May 13, as promised earlier.

Going by the trailer, the 2 minute 42 seconds shows off Salman Khan’s swanky avatar in an actioner.

On Thursday, Salman Khan took to his Instagram and unveiled a new poster of Radhe: Your Most Wanted Bhai. Bhaijaan released the poster ahead of trailer launch and announced that the trailer of the film will hit the Internet at 11 am today (April 22). He wrote, “Aaaa raha hoon.. Your most wanted bhai, Radhe ke trailer ke saath aaj at 11am… am ka matlab hai Ante meridiem yaani gyarah baje subah. #RadheTrailer.”

Amid surge in COVID-19 cases, Salman Khan starrer Radhe: Your Most Wanted Bhai will be released in theatres, while adhering to all the Covid protocol issued by the government. The producers are targeting to release the film in 40 countries across the globe.

Radhe will also be released on ZEE5 with ZEE’s pay per view service ZEEPlex which rests on OTT platform ZEE5. The film will also be shown on DTH operators like Dish, D2H, Tata Sky and Airtel Digital TV. This will give the audience multiple options to watch the film as per their comfort and convenience.

This news will come as a much-needed breather for the audience and die-hard fans of Bhaijaan in these gloomy times.