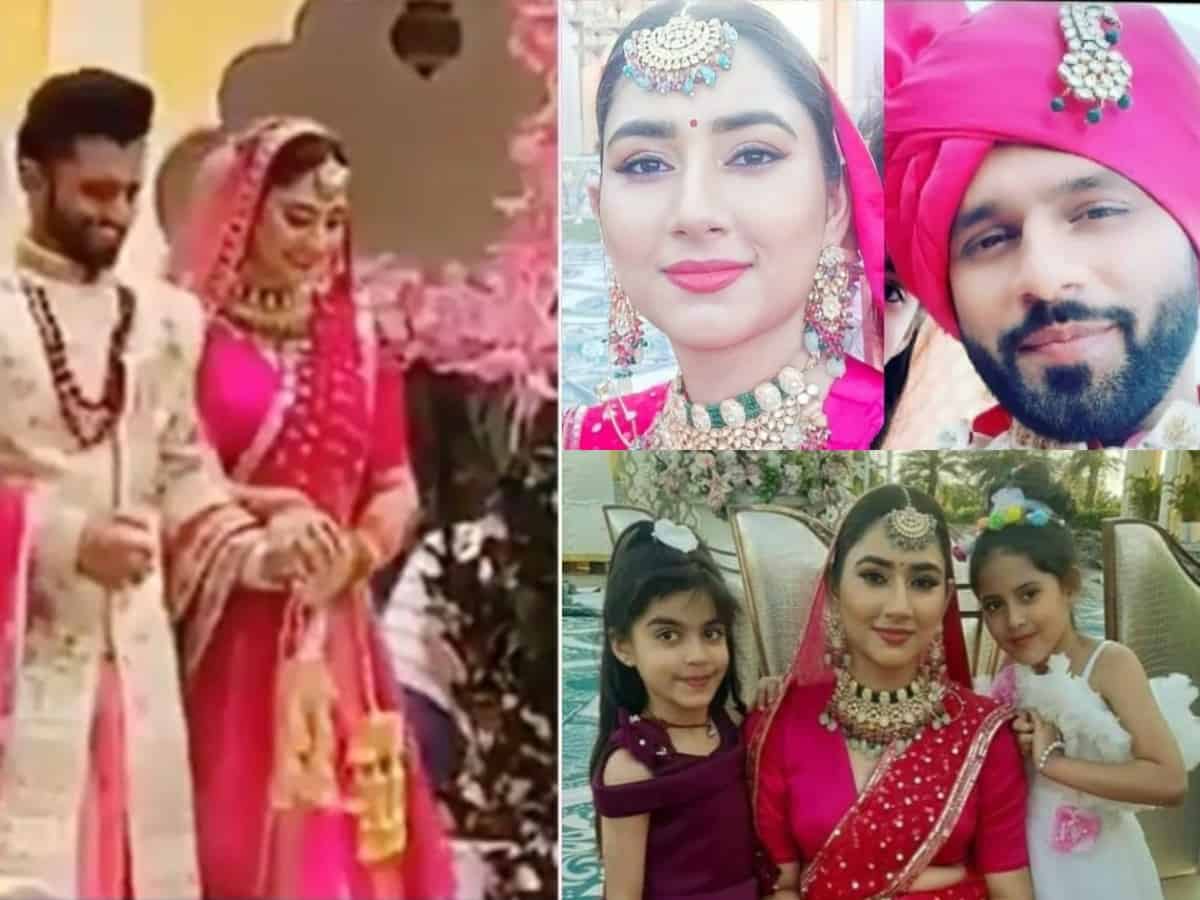 Mumbai: Bigg Boss 14 first runner-up Rahul Vaidya has been inseparable with his lady love Disha Parmar after stepping out of the house. The couple has been grabbing eyeballs every time they are stepping out in and around the town.

Rahul first created headlines on the show when he proposed to Disha Parmar publicly on the national television. The actress had even entered the house in the Valentine’s week where she accepted Rahul Vaidya’s marriage proposal.

Many speculations about their wedding have been doing rounds on internet, ever since Disha Parmar and Rahul Vaidya bought their relationship to the limelight. And now, pictures of the couple dressed up as a groom and a bride are all over the internet which have left fans surprised.

However, these viral pictures on social media are from their upcoming romantic music video. The photos are making their fans lose their hearts, just like their every PDA or romantic clips on social media.

Earlier this year, Rahul Vaidya opened up about his wedding and said, “We are still in the process of finalising a date, but marriage will happen in three to four months. Both of us are calm people. We aren’t fussy at all. I have performed at a lot of weddings and have witnessed all the grandeur, which is why I would prefer mine to be simple and intimate. We will host a function for the fraternity later.”