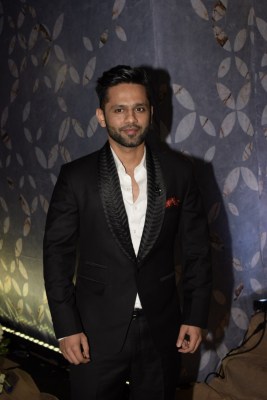 Mumbai, Feb 22 : Singer Rahul Vaidya, who reached the top two in the grand finale of Bigg Boss 14, has opened up about his plans with girlfriend Disha Parmar. He says she is the best thing that has happened to him in life.

Talking about the plans of wedding, Rahul told IANS: “I think I don’t get on to planning it. But I don’t want to waste time. She is the most beautiful thing that has happened to me and she is just beautiful as hell. I can’t wait (to start my life with her).”

It was during his journey in Bigg Boss 14, when Rahul had proposed Disha on her birthday on the occasion of her birthday.

Earlier, this month, Disha entered the show and said yes to Rahul when he once again went down on his knees for his lady love on national TV.

Rahul was one of the top five contestants in the recently concluded Salman Khan hosted show. He reached the top two and lost to television actress Rubina Dilaik.