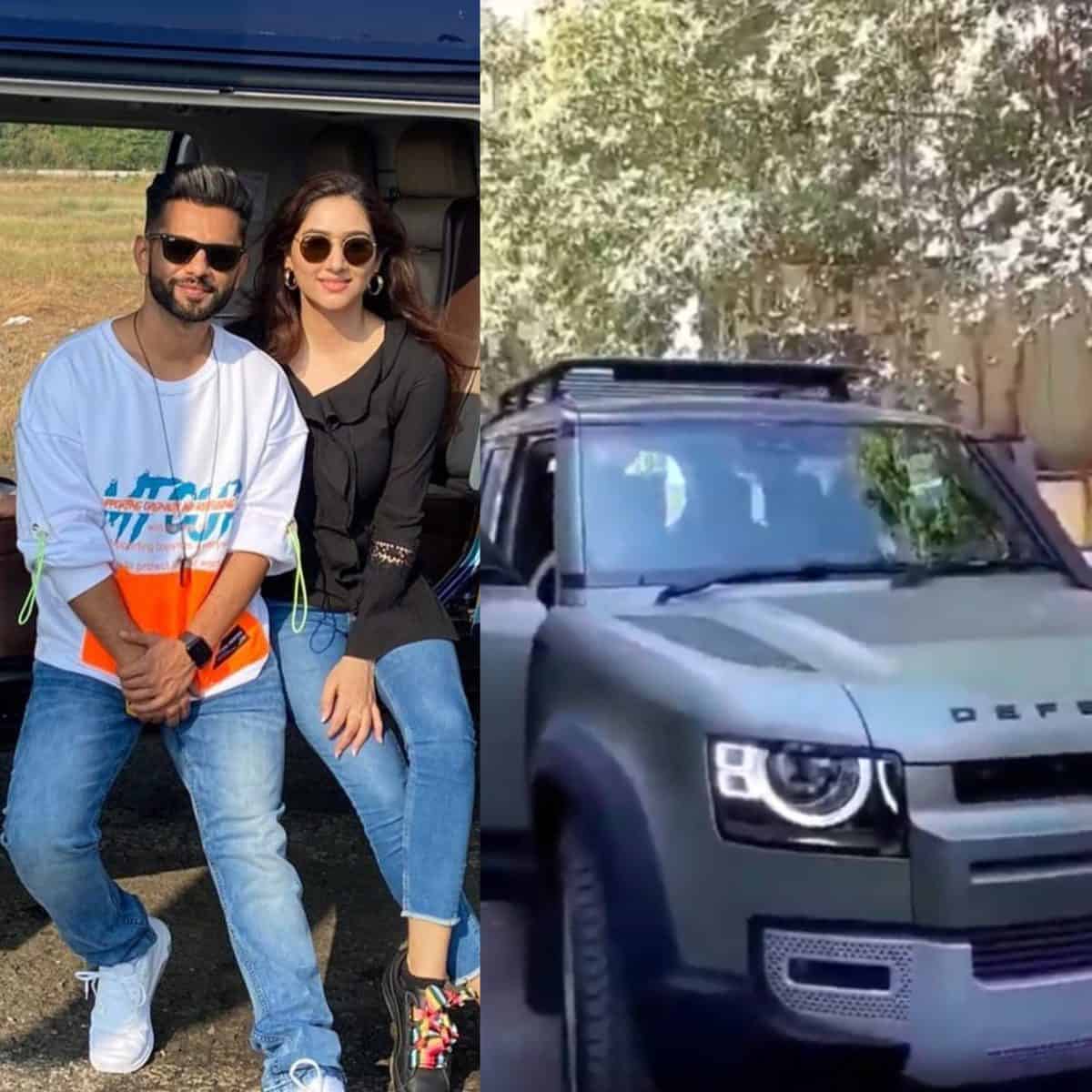 Mumbai: Bigg Boss 14 first runner-up Rahul Vaidya has been inseparable with his lady love Disha Parmar ever since he stepped out of the house. The couple has been grabbing eyeballs every time they step out in and around the town.

This time the duo was spotted by paparazzi and they stepped out for the test drive of a luxury car. In a video that is going viral on social media, Rahul Vaidya can be seen clarifying that he has not purchased the car yet and it was only a test drive. He added he’ll let everyone know if he buys. Disha jokingly asked if it will be his car after he buys it.

Going by the video, it seems like Rahul is gifting a Land Rover Defender to his love Disha Parmar. According to various online portals, the swanky and luxury car’s price starts at Rs. 73.98 Lakh and goes upto Rs. 1.08 Cr.

The couple was looking forward to tie the knot in June this year but that’s been postponed due to the surge in Covid-19 cases in Maharashtra. However, it seems like the bride and groom-to-be are not letting it deter their spirits.

Rahul Vaidya and Disha Parmar has been making headlines after their pictures as bride and groom from their recently released song ‘Madhanya’ went viral. Talking about the song, Disha told TOI, “The first time on sets we were getting to know each other and now we are a couple. In this song, it’s almost like we are doing a dress rehearsal for our wedding since the video has a wedding theme.”

Speaking about their confession, Rahul first created headlines on the show when he proposed to Disha Parmar publicly on the national television. The actress had even entered the house in the Valentine’s week where she accepted Rahul Vaidya’s marriage proposal.