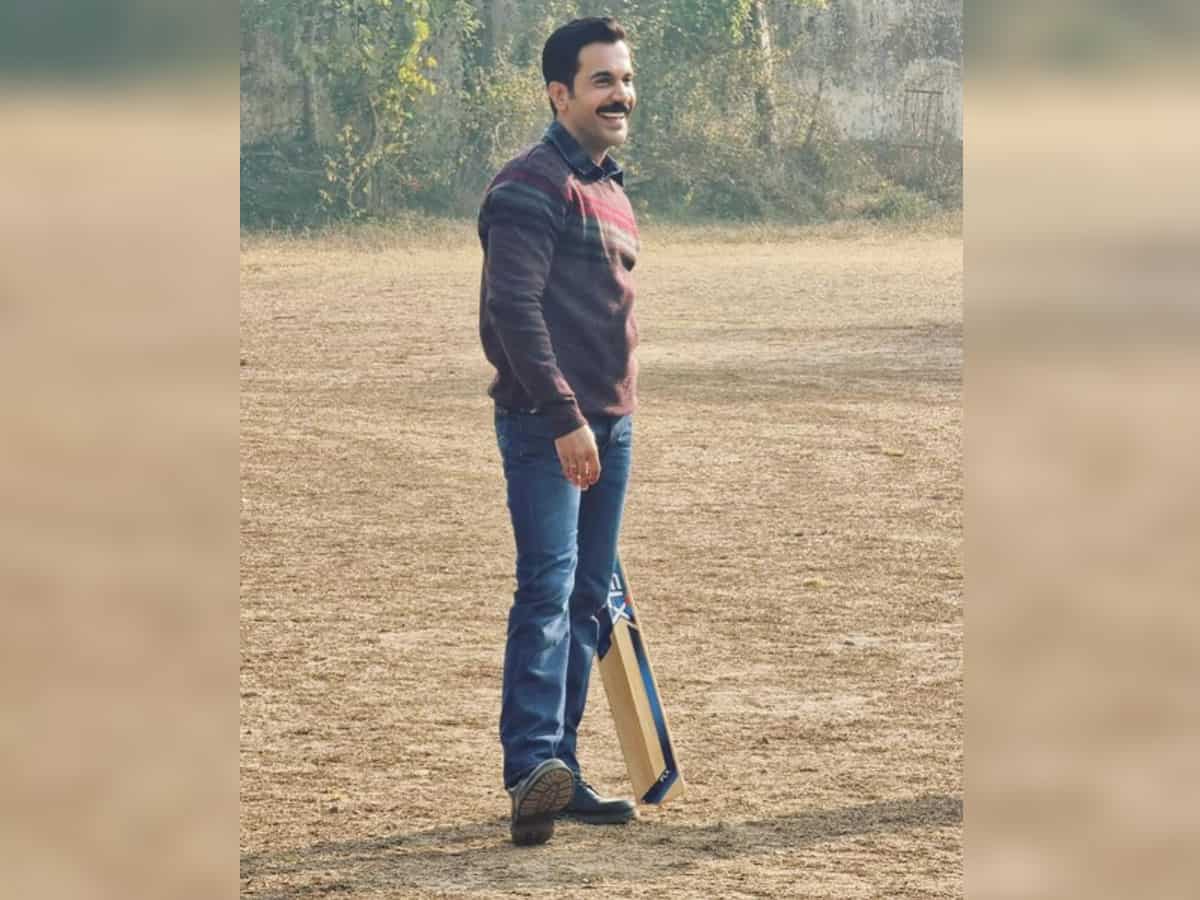 New Delhi: Actor Rajkummar Rao on Monday took some time out from “between the shots” to play a game of cricket while he was shooting for his film ‘Badhaai Do.’

The ‘Kai Po Che!’ actor took to Instagram to share a picture of himself holding a cricket bat from a match that he had been playing. The picture sees the star dressed in a dark purple and maroon coloured sweater and a pair of denims.

The 36-year-old actor went on to pen down a caption about his experience of playing cricket on the ground.

The actor is currently shooting for the film ‘Badhaai Do’ in Dehradun with actor Bhumi Pednekar. Rajkummar was last seen in the 2020 Netflix film ‘The White Tiger’.

‘Badhaai Do’ is being helmed by filmmaker Harshvardhan Kulkarni. The upcoming film is the second installment of the superhit flick ‘Badhaai Ho’, which saw Ayushmann Khurrana and Sanya Malhotra in the lead roles.

While Rajkummar plays the role of a cop in the second installment, Bhumi will be seen playing a PT teacher with big dreams in the film.