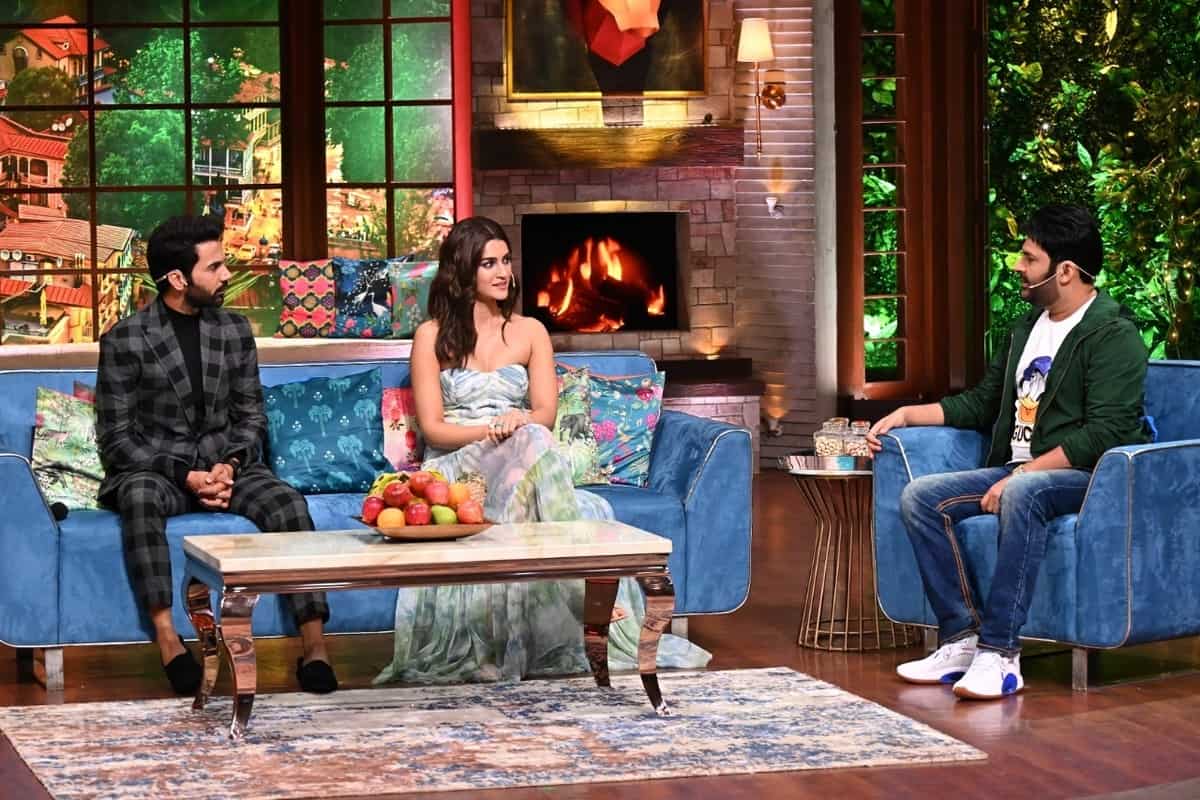 Mumbai: The weekend episode of ‘The Kapil Sharma Show’ will see Bollywood actors Rajkummar Rao and Kriti Sanon as special guests. They are coming to promote their movie ‘Hum Do Humare Do’.

This movie is a comedy drama directed by Abhishek Jain and besides Rajkummar Rao and Kriti Sanon in lead roles, the film also features Paresh Rawal and Ratna Pathak Shah.

Both the actors will be having some funny conversations with the host Kapil Sharma and the other cast members of the show like Kiku Sharda, Bharti and Krushna.

Rajkummar Rao will be narrating his love story while Kiku Sharda proposes marriage to Kriti Sanon as part of the act.

In the meanwhile, Kapil Sharma asks Rajkummar Rao to act as a train station hawker and pretend to sell ‘shayari’ books. Bharti acts like Kammo Bua and spins a tale about falling for Kriti Sanon’s father.