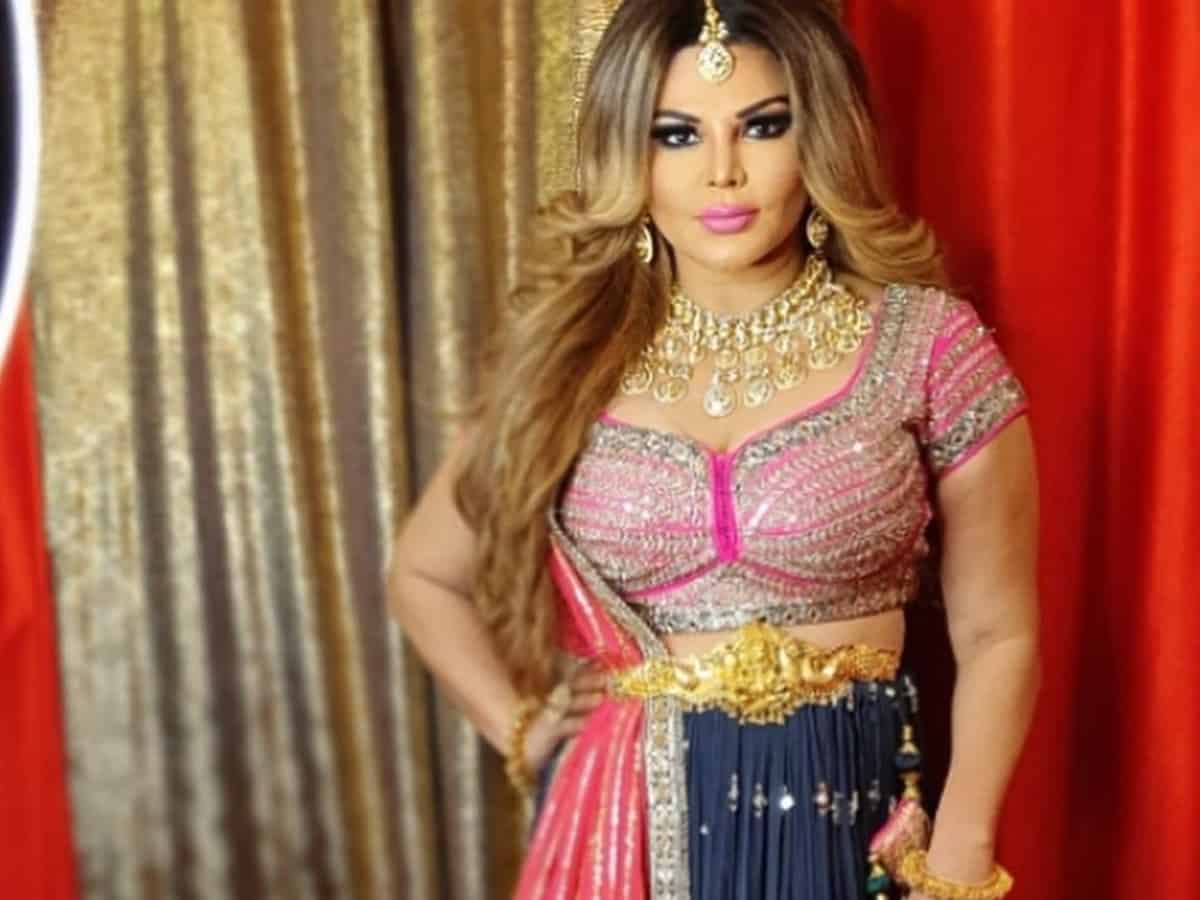 Mumbai: Actress, dancer and model Rakhi Sawant is known for speaking her mind and lives the life the way she wants to. She has managed to entertain her fans over the years. She was last seen in Salman Khan’s controversial reality show Bigg Boss 14 as a challenger. She frequently interacts with media and gives enough fodder for gossip. She has been in the news for many reasons but mostly because of her marital life.

When the actress first shared her wedding photos on social media, users were in disbelief as her husband Ritesh wasn’t a part of any of the photos shared. Most of them had Rakhi posing alone in her wedding outfits. And now, a latest video where she openly announced that she is getting married next year is going viral on social media.

On Sunday, Rakhi Sawant took to her Instagram to share a video in which she revealed the gift she got for newlyweds. Singing the song Raja Ki Aaegi Baraat in a video, Rakhi showed the necklace she bought for Disha. At the end of video, Rakhi talks about her marriage as she says, “Agle saal meri shaadi hai, tum sabko aana padega.” (I am getting married next year, everyone has to come).

Rakhi Sawant wore a pink and blue lehenga and wearing heavy gold jewellery. She also shared a series of photos on her Instagram handle and wrote, “Going to Rahul’s wedding so exciting.”

Rakhi Sawant is known for her dance numbers in films, and for appearing in several reality shows such as Bigg Boss, Nach Baliye, and Rakhi Ka Swayamwar. She is currently basking the success of her recent album ‘Dream Mein Entry’. She will be next seen in a new web series titled “Tawaif Bazaar-E-Husn”, directed by Marukh Mirza.